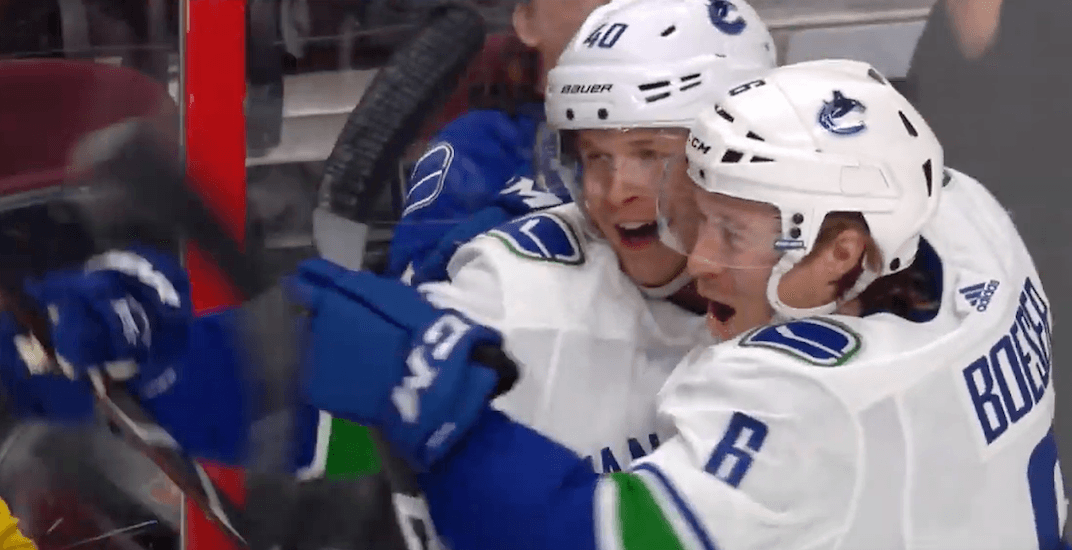 Elias Pettersson is the gift that keeps on giving for Canucks fans.

Named NHL Rookie of the Month for a second time Wednesday morning, he was named to the All-Star Game in the afternoon.

And in the evening, the 20-year-old added to his resume.

Pettersson scored the first hat trick of his career, including the game-winner in overtime, to lift the Canucks past the Ottawa Senators 4-3.

Playing over 22 minutes in the game, Pettersson scored in the second period to give Vancouver a 2-1 lead and on a third period power play to make the game 3-1. Ottawa stormed back in the final frame, scoring twice, including a goal by Mark Stone with 50 seconds left.

Pettersson and linemate Brock Boeser got a two-on-one in OT, which they executed to perfection. Boeser set up Pettersson for the winner, just as he did for an earlier goal.

Pettersson now has 22 goals and 42 points in 37 games. If he stays healthy, he’s well on his way to the Calder Trophy and the best rookie season in franchise history.

Running his #Canucks leading total to 22, only 3 players in the last 30 seasons have had more goals through their first 37 career games than Elias Pettersson (Teemu Selanne- 28, Eric Lindros- 25, Alex Ovechkin- 24)

The win improves Vancouver’s record to 20-19-4, putting them in a tie with Dallas for the final playoff spot in the West, though the Stars have played three fewer games.