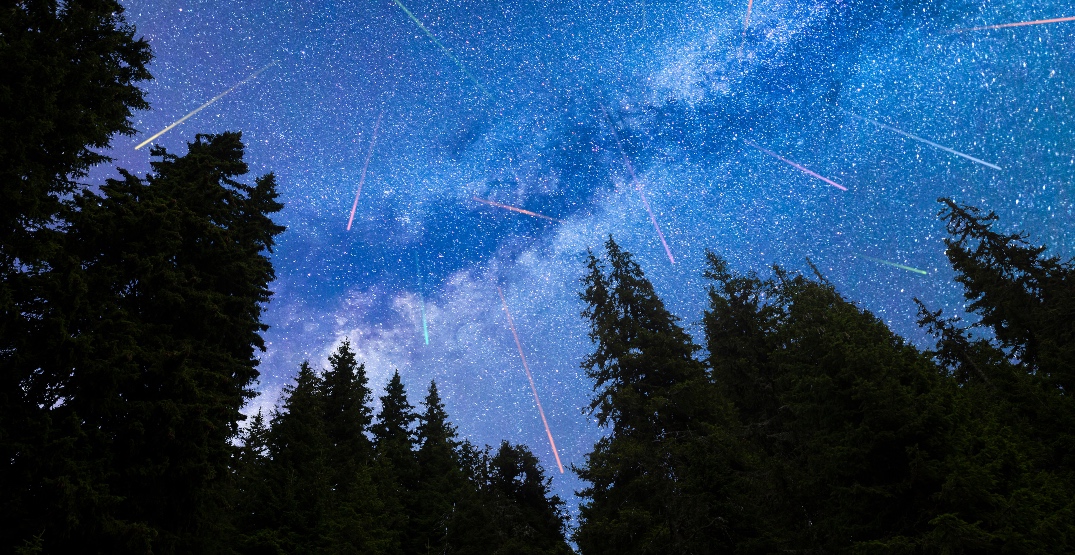 Calling all star-gazers! The Perseid meteor shower is about to peak, and you can see it across Canada this summer.

According to the American Meteor Society, the Perseid meteor shower is active from July 14 to September 1, 2022. The best time to watch it will be between August 11 and 13.

As it turns out, the moon will be at 100% illumination during that time. So, it could be a bit harder to spot meteors this year because there’s a supermoon happening on Thursday, August 11, appearing much brighter in the sky than usual.

It’s a shine off! 🌌
This year’s Perseids meteor shower will have to contend with the full Moon’s brightness. Look up if you’re outside after midnight (local time) on Aug. 12 or 13, when it’ll be at its peak–you might be lucky and see the brightest ones. https://t.co/vFkqWhKOmi pic.twitter.com/iPP9lsYmzx

Still, you might be able to catch a glimpse of the best meteor shower of the year.

“With swift and bright meteors, Perseids frequently leave long “wakes” of light and colour behind them as they streak through Earth’s atmosphere,” said NASA of the meteors.

According to NASA, the perseids originate from comet 109P/Swift-Tuttle, which takes 133 years to orbit the sun once.

There’s no danger to viewers, though. The Perseids are “millimetre-sized dust particles, which enter the atmosphere at a hypersonic speed of 60 kilometres per second,” said Western University.

“Despite their minuscule size, they have so much energy that when they collide with air molecules, electrons from the atmospheric atoms and those released from the meteoroid can be excited or even ‘ripped’ away entirely from their host atom and this makes the atoms glow.”