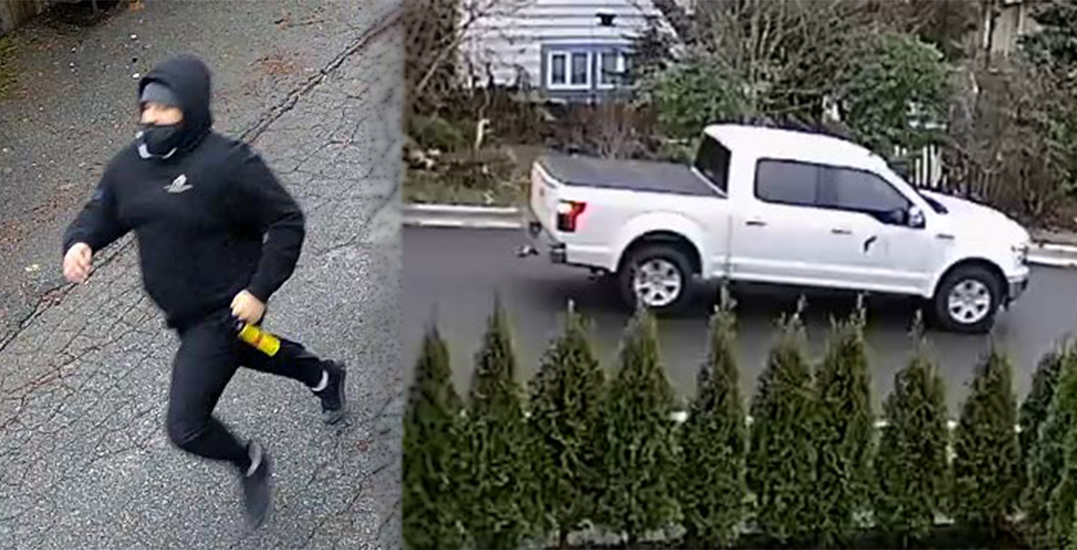 Police are investigating after a man reportedly assaulted two others with pepper spray following an “apparent road rage incident.”

The Burnaby RCMP says that the incident occurred on December 29, just before 12 pm. The suspect reportedly used pepper spray on two men on the 4100 blocks of McGill Street.

Do you recognize this suspect (or truck) involved in a pepper spray, road rage incident?

Do you know a company with the slogan "You dream it, we build it"?

If you answered yes to either question above, contact the #Burnaby RCMP or @SolveCrime pic.twitter.com/DvUuvO6df5

He allegedly parked his truck down the block before walking over to assault the two victims. He then “fled at a high rate of speed” in a white Ford F150.

The victims say that the incident stemmed “from a lane change” that occurred earlier that day.

“This was not a quick reaction,” says Corporal Mike Kalanj of the Burnaby RCMP. “The suspect had plenty of time to think about his actions and he chose to respond in a violent manner.”

The suspect is described as possibly Caucasian and between 5’8″ to 5’10” tall. He’s in his late-20s to mid-30s and wore black pants, a black face mask, and a black hoodie.

The hoodie also included the phrase “You dream it, we build it” on the back.

The suspect vehicle is described as a white, newer model Ford F150 Supercrew with a 5′ bed and black tonneau cover. It has tinted rear and back windows, a chrome front bumper, a chrome ball mounted trailer hitch, and six-spoke brushed aluminum rims.

There also appears to be a partial logo on the front passenger side of the vehicle that was covered.

“We believe someone will recognize this suspect or the crest and slogan on his hoodie,” says Kalanj.