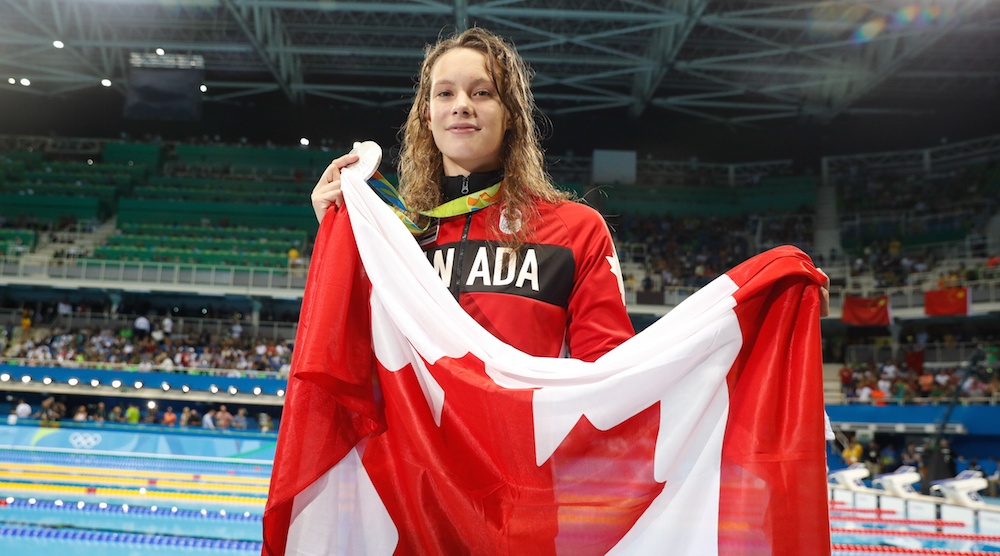 Canada is a winter sports country. We’re reminded of this every time the Summer Olympics come around (and every winter when we freeze our butts off).

During the Winter Olympics, we watch our athletes compete with the best – our speed skaters race for gold, our curlers sweep hardest and loudest, and our hockey players – Crosby, Wickenheiser, Toews – just get it done.

Then come the Summer Games where we witness the historical moments of athletes such as Michael Phelps and Usain Bolt who own the pool and the track. Meanwhile we wait patiently. We wait for a Canadian to step up and win a medal – and a few inevitably do – but really, we wait for our beloved Winter Games that are only two years away.

But this year things are different. As of the writing of this column, Canada’s won eight medals. What’s amazing is half of them of them, and the only gold so far, have been won by a girl named Penny Oleksiak who people expected to compete, but not medal, in Rio.

This 16-year-old from Toronto has changed the entire complexion of the Summer Olympics for our country.

The crazy thing is it’s hard to know what to be more excited about.

Is it the fact she’s 16 and her best years as a swimmer are ahead? Most are saying she’ll reach her peak at the 2024 Olympics. She already has four medals, one being gold… So what will she do when she’s even better in four, eight, and maybe even 12 years?

Is it her confidence? When speaking with CBC after her first medal in Rio, she said the following about the Canadian swim team: “I don’t think people know what’s coming.”

She’s 16, and she’s delivering on promises like Mark Messier. (Don’t hate, Vancouver. The leadership award is named after him, you know.)

Or is it her maturity? Following her third medal, CBC’s David Amber asked her what it feels like to be making history.

“Two of the medals that I have are because of so many other girls,” she replied. “I definitely just want to share this experience with them. It just means so much to me.”

That’s role model quality stuff from a girl who’s still three years from being an adult. It’s an example to not only kids, but to Canadians everywhere about how to carry yourself with grace and dignity.

Just think of the potential.

For years Canadians have watched athletes from other countries perform feats at the Summer Games over multiple Olympic appearances.

Now we have one of our own – someone the world will be watching in four years.

Oleksiak will win more, while displaying what it means to be Canadian. Just think what we could be writing about Oleksiak in 2028 if she continues on this path.