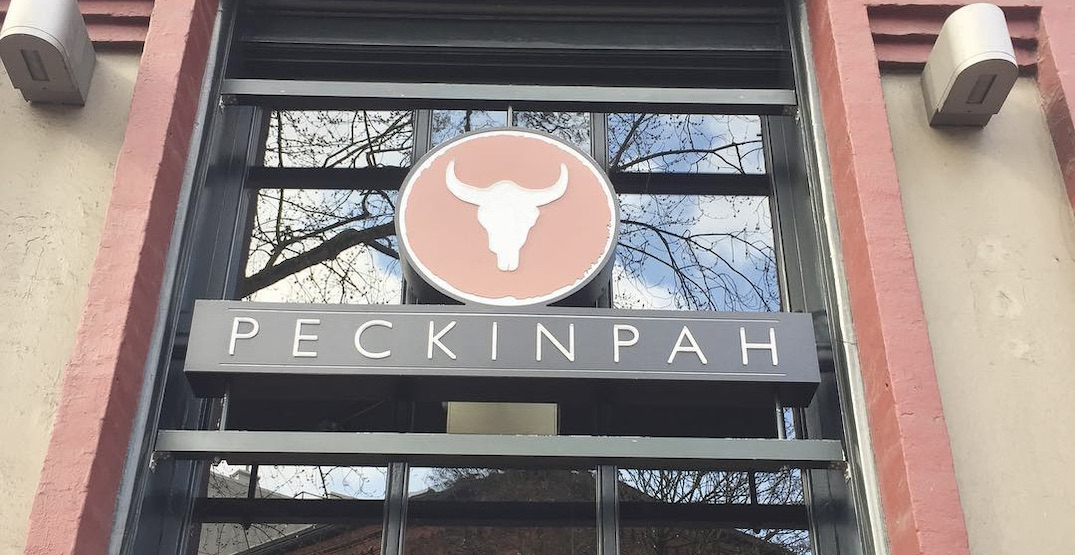 The 2 Water Street restaurant is known for serving up Carolina-style BBQ in the heart of Gastown, just steps away from Maple Tree Square.

Peckinpah made the announcement via its social media channels on Tuesday evening.

“I’ve sold the place and were shutting down on the 11th,” read the post, signalling to fans of this spot that they have just over one week to head in before the concept shutters.

The post also noted that Peckinpah would “be back in one way or another” in the future and thanked staff and patrons for their support over the last decade.

Peckinpah confirmed to Dished Vancouver that its last day of operation would be February 11.