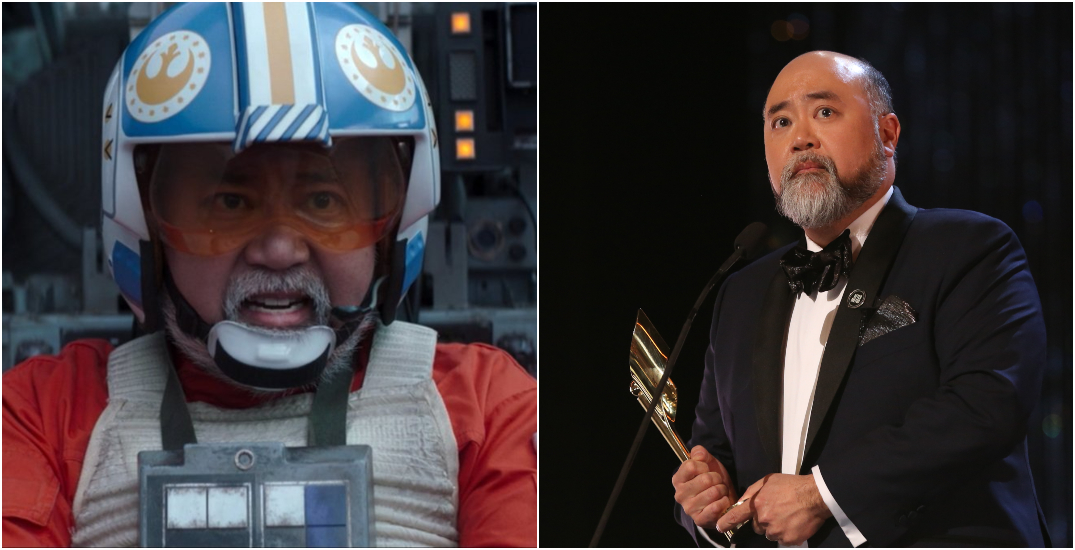 Baby Yoda has some serious competition when it comes to the cutest thing in the Star Wars universe.

Actor Paul Sun Hyung Lee (Kim’s Convenience) surprised fans with an appearance in a new episode of The Mandalorian, Disney Plus’ outer space Western series and a spin-off from the Star Wars franchise.

Lee plays a rebel pilot in Chapter 10 of the newly released second season of the show.

The self-proclaimed super fan, who has his own “geek podcast” devoted to all that is Star Wars, is the main character from Kim’s Convenience, a show that follows a Korean-Canadian family that runs a convenience store in Toronto.

After getting flooded with recognition in The Mandalorian, Lee said appearing in the Star Wars universe was a “dream come true.”

While answering fans’ questions on Twitter, Lee said he “cried during the costume fitting” and that he’s excited to “finally talk about it” after shooting the scene last year.

The Calgary-raised actor is the second Kim’s Convenience star to be handed a Disney role in recent months. Simu Liu, who is known for his role as Jung Kim on the CBC show, will star as the titular character in Marvel’s Shang-Chi and the Legend of the Ten Rings, becoming Marvel’s first-ever Chinese superhero.

Be sure to check out Lee’s Twitter page for a TIE fighter-worth of Star Wars info and reactions to Lee’s surprise guest appearance in The Mandalorian.