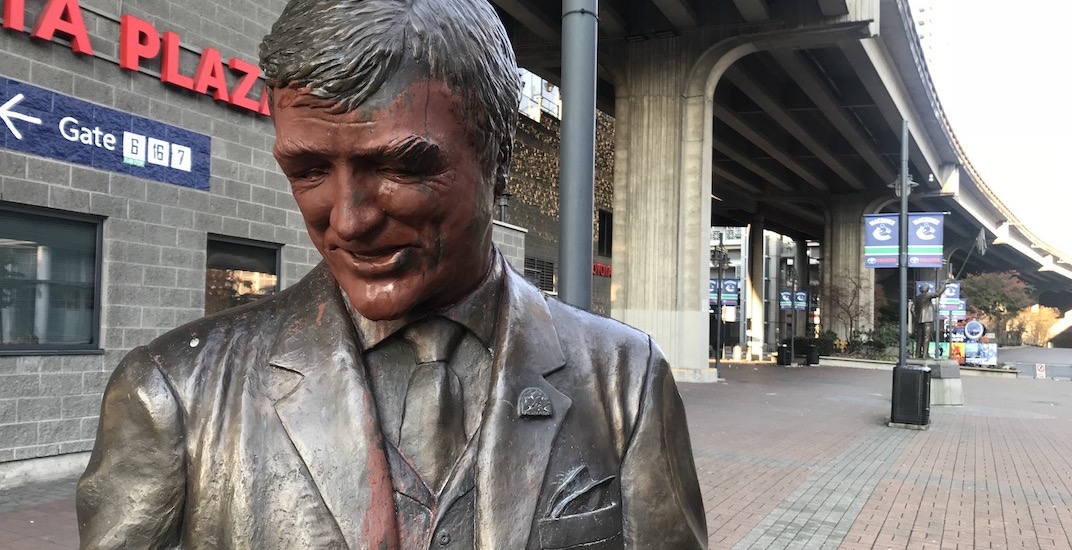 Pat Quinn’s life-size statue outside of Rogers Arena has been vandalized, as somebody decided to leave what looks like orange paint on his face and jacket.

The statue of the former Vancouver Canucks player, coach, general manager, and president has stood since February of last year. The statue faces Pat Quinn Way, a portion of Abbott Street that was renamed following Quinn’s death in 2014.

“Pat is an icon with the Canucks and our city,” said Canucks Sports and Entertainment COO Jeff Stipec in a statement. “It is disrespectful and disappointing to see his statue like this. We are in the process of restoring it to its original prominence.”

The statue has been defaced since at least last Thursday, when Canucks fan Caleb Harder said he first noticed it had been vandalized.

“I went to Rogers Arena and thought I’d go snap a picture of the Pat Quinn statue,” Harder told Daily Hive. “I went to angle up the shot and realized his whole face, along with other spots on his torso with stained orange. At first I wondered if someone had defaced the statue but thought it may have just rusted badly.

“As I was editing the photo on a bench adjacent, to the statue, one of the arena staff attempted to clean the orange spots. Another staff member shortly after attended, and it looked like they were deliberating what may have happened to the statue.” 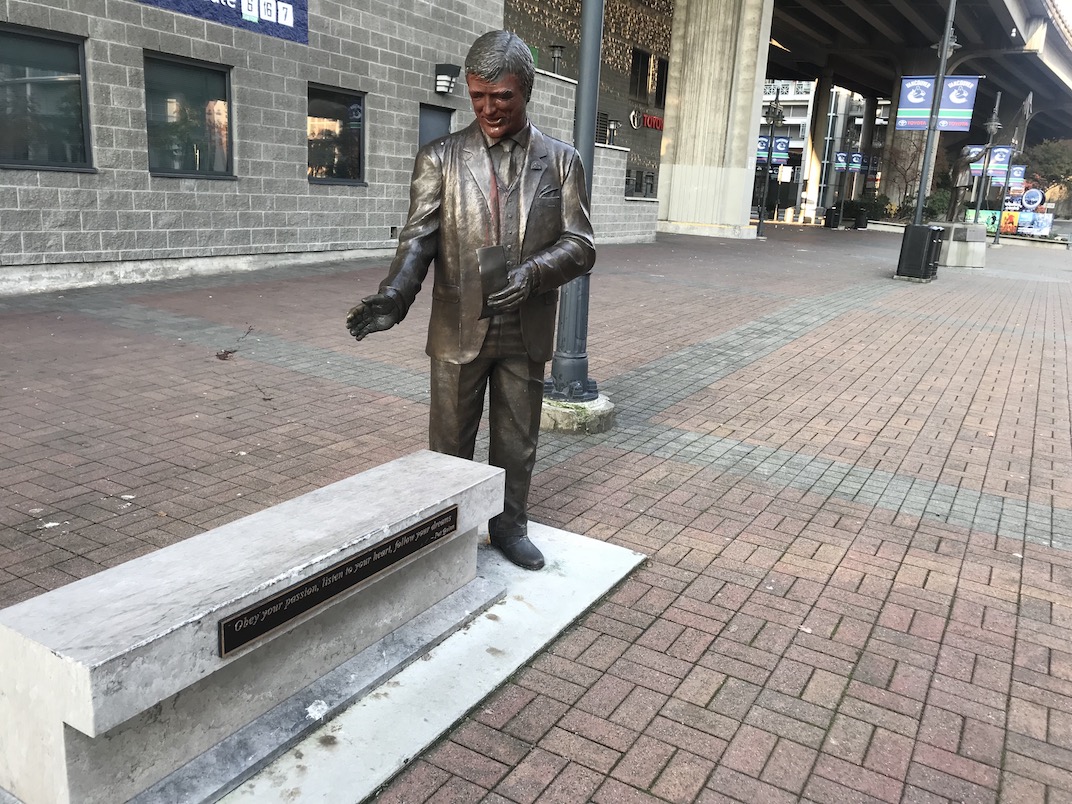 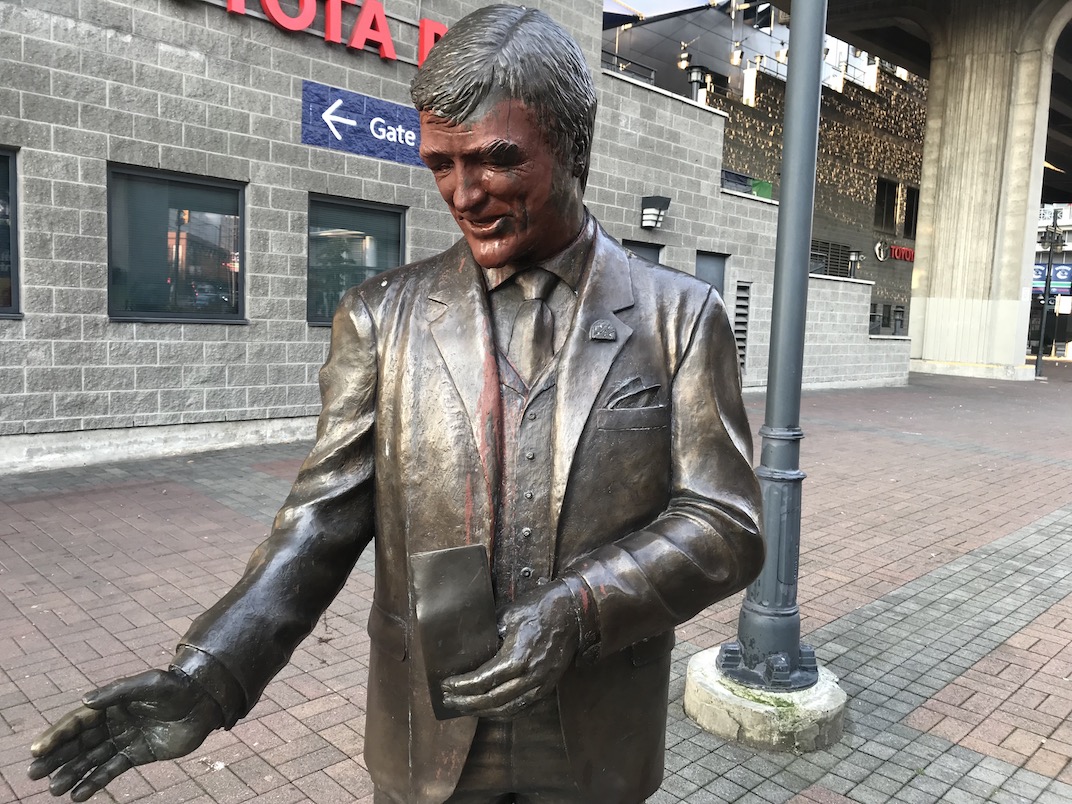 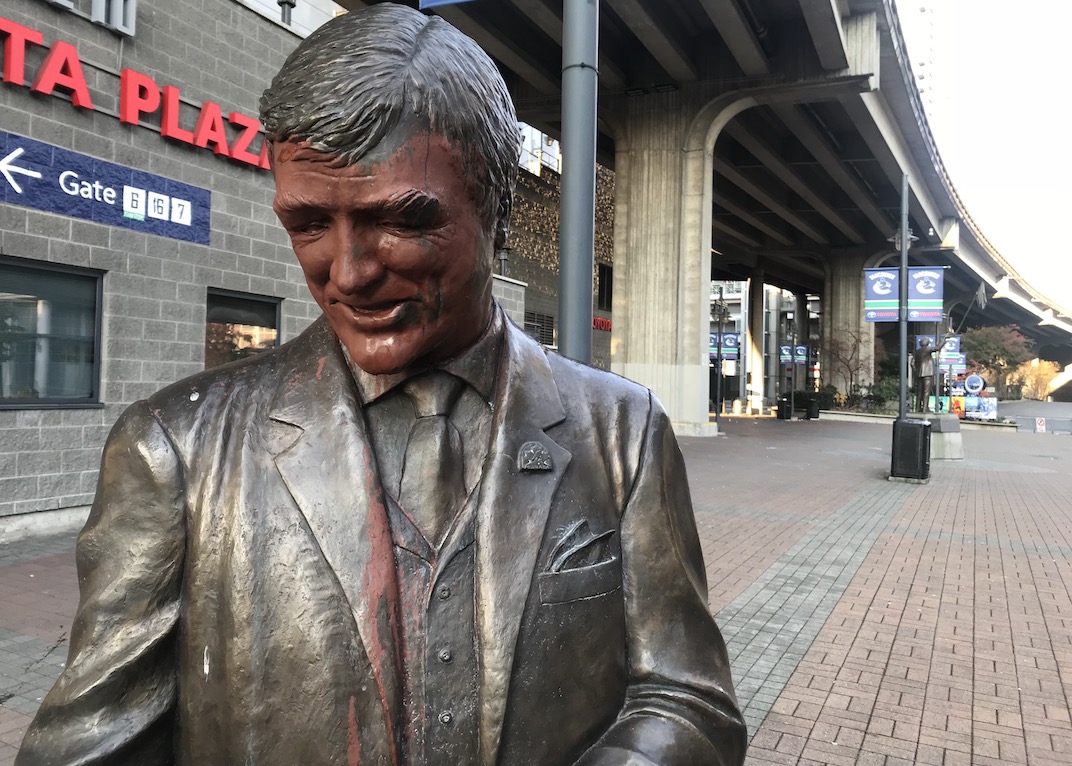