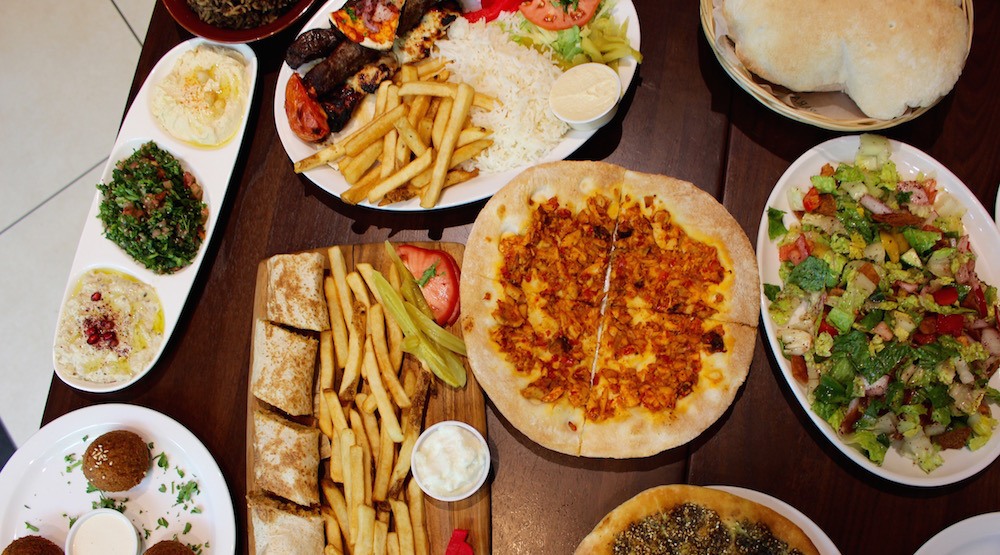 It’s lunch time and Paramount Fine Foods fills up fast. The casual Toronto-based global chain specializes in Lebanese food, and its been an instant draw since they first opened their doors this may on Robson Street in downtown Vancouver.

The Vancouver outpost of Paramount is the 54th in the Middle Eastern chain that has expanded in its ten-year lifespan to include locations in its native Canada in Ontario and Alberta, as well as in Florida in the US, Lebanon, Pakistan, and soon the UK.

Local restaurant partner Alaa Fathaddin says Paramount is such a well-established and successful chain that when he and his company were ready to open a spot in their home city of Vancouver, the choice was easy. Fans of the chain are loyal customers when it comes to their range of approachable, authentic, and affordable Lebanese fare, and for many it offers them a taste of home they can’t find elsewhere. 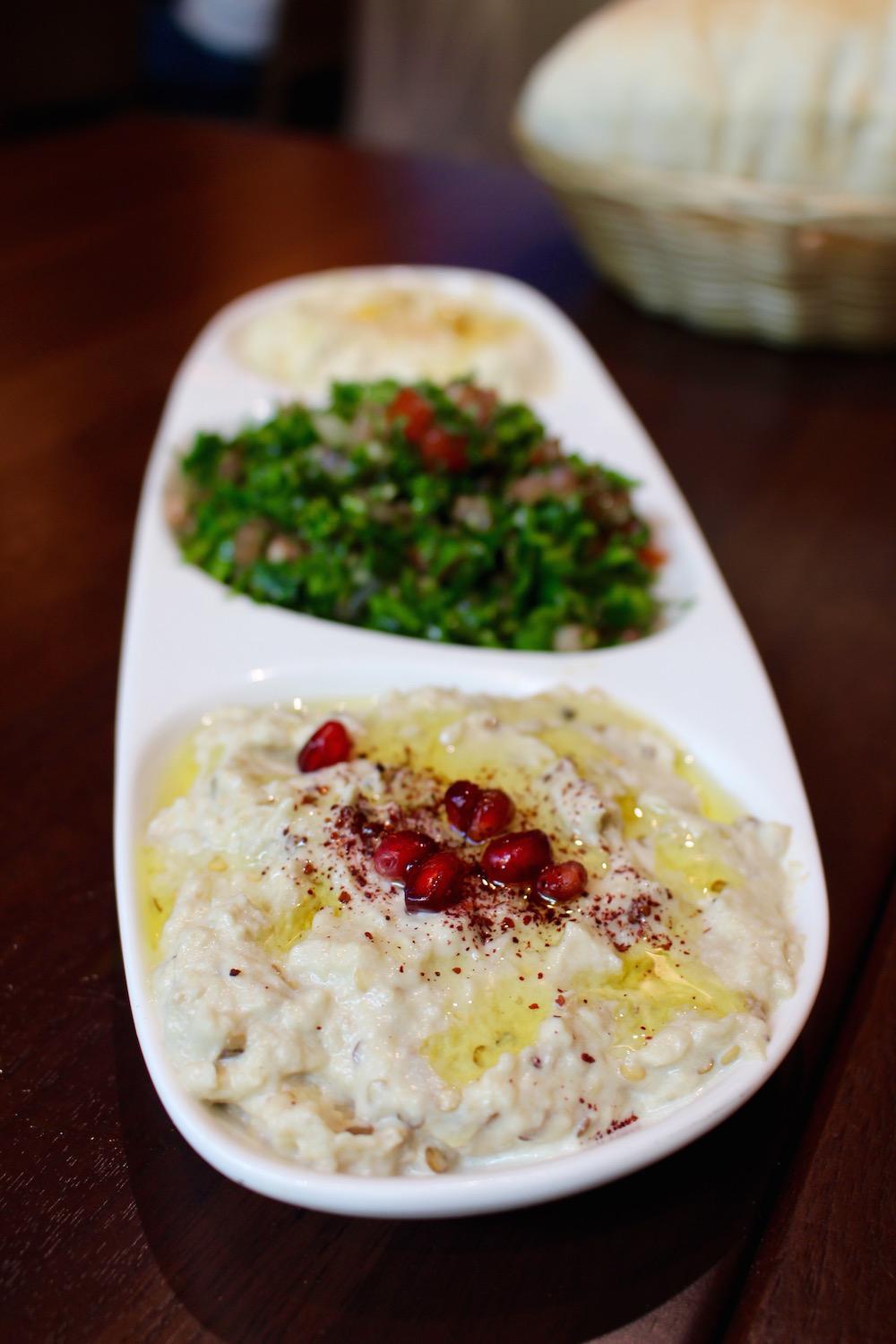 This is particularly true in Vancouver, where we don’t necessarily have a jam-packed Middle Eastern food scene. While Paramount appeals to those familiar with the cuisine, their broad menu offers plenty of choices for those just dipping their toes in the water–or, better yet, their freshly-made complimentary pita bread in the creamy hummus–and for palates of all kinds.

One of Paramount’s most popular dishes is their Mezze plate, which includes a portion each of their hummus, mouttabal (egglplant dip), and tabbouleh (herb salad). Perfect for sharing, the restaurant has lots of options for putting together an ample feast for a big group, or you can opt for your own plate, like if you go for one of their signature wraps, like the Tabliyeh Saj Chicken Shawarma, which has tender shreds of chicken tucked into a thin wrap, served with a heap of fries and addicting garlic sauce on the side. 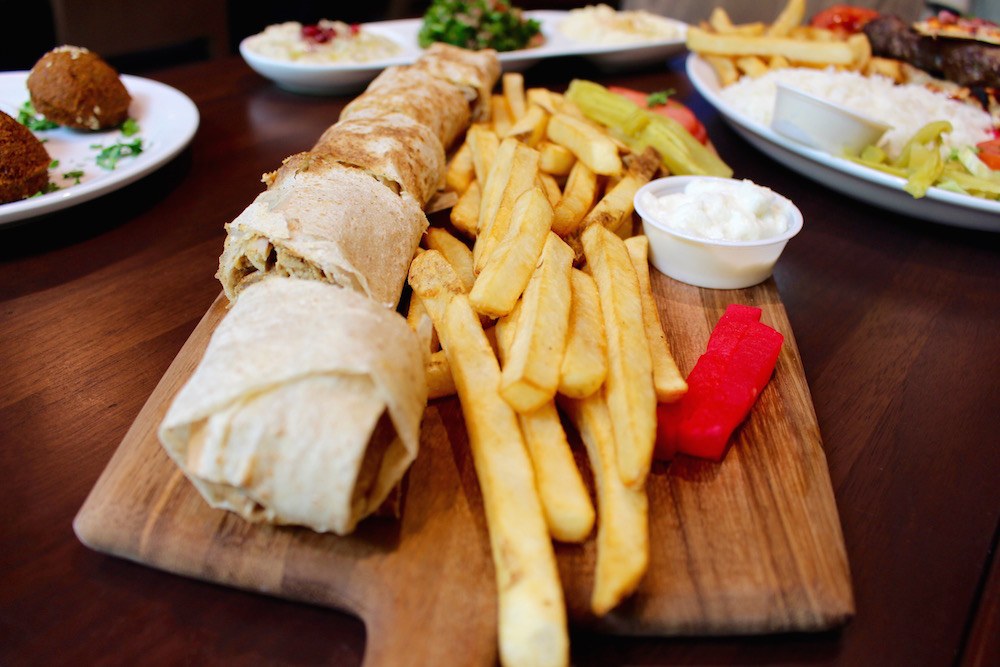 Fathaddin, who hails originally from Saudi Arabia, takes pride in how Paramount “sticks to the original recipes and offers the original tastes” of Lebanese cuisine. When it comes to a dish like their chicken shawarma, he’s pleased that at Paramount the restaurant opts not to add filler to the wrap as may happen at other Middle Eastern-focused restaurants operating in the west, but instead stick to the legit components you’ll find in Lebanon.

In addition to the “wow factor” of the house made pita bread that lands on your table upon arrival, Fathaddin uses the example of Paramount’s eye-catching Paramount Special drink, which is a fresh fruit and nut beverage that is found throughout Lebanon. In order to get a drink that is the real deal, Paramount uses fresh strawberry and mango juices, fresh-cut fruits like strawberry, kiwi, and pineapple, along with almonds, crushed pistachio, ashta (Lebanese clotted cream), and honey.

The result might be a bit more labour intensive, but you’re not getting a watered down short-cut approximation of a familiar Lebanese drink. In addition to fresh-squeezed orange juice, the beverages at Paramount are particularly important because the chain does not serve alcohol, opting to provide its patrons with a family-friendly space free from the distraction of alcohol. 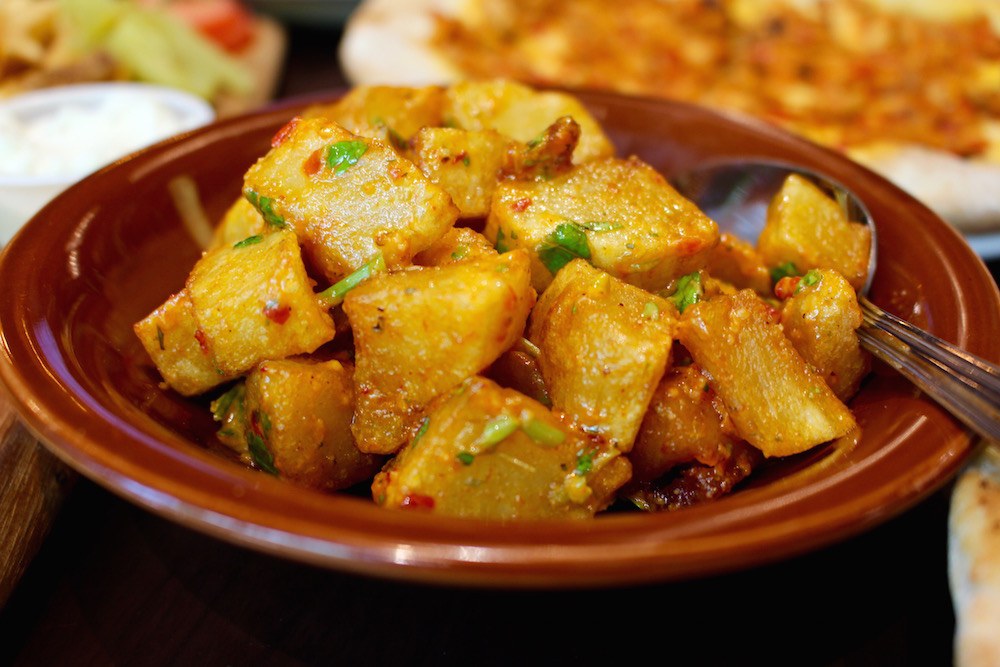 Being family-friendly and alcohol free is one way that Paramount focuses on creating a welcoming space for their clientele of all backgrounds (some locations outside of Vancouver even offer prayer rooms and kids’ play spaces). They also stay open late enough so that customers who take part in an observance like Ramadan can stop by for a feast, or to pick up take out, once the sun has gone down.

Paramount’s Vancouver location has swiftly been a beacon to those in the know about the food and vibe the restaurant offers. Fathaddin says they’ve even had people coming at the start of the business day to get their hands on entire trays of the chain’s famous Baklawa, which is loaded with pistachios inside flaky layers of dough. 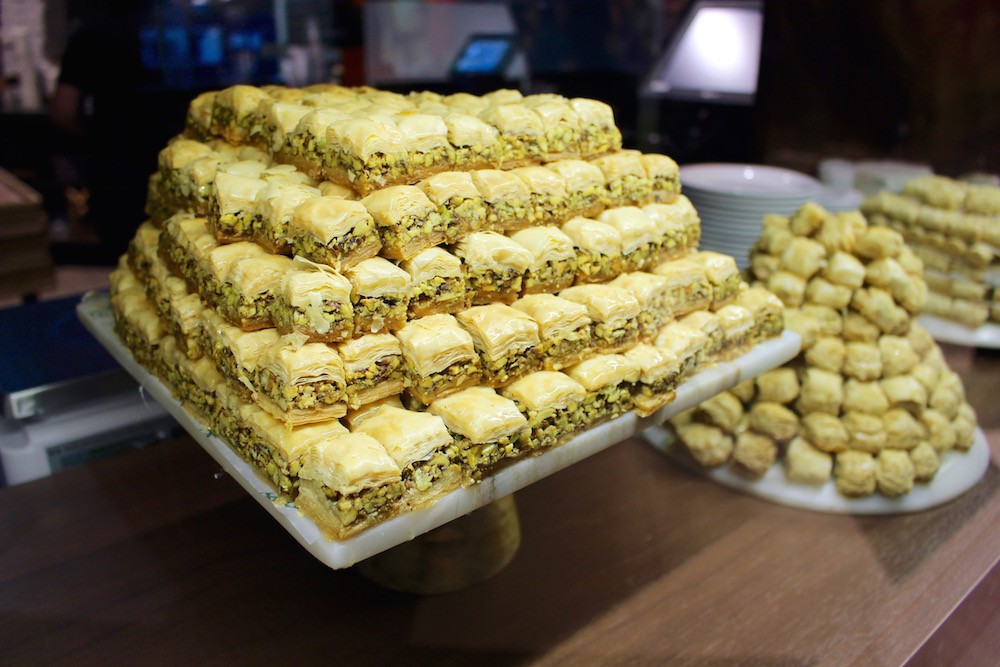 Though you can get everything you know from Paramount in Toronto and elsewhere here, you can also get one thing in Vancouver that is being tested for the whole chain, which is a side dish of spicy potatoes called Batata Harra. If it takes off here, it may join the menu at all the other locations.

If spicy food, or Lebanese food in general, isn’t something you’re immediately familiar with, Paramount includes sides and dishes like french fries, flatbreads, salads, and pizzas.

“The pizzas are not the kind of pizzas you’ll find anywhere else,” admits Fathaddin. While they do use a pizza sauce, toppings like Butter Chicken are piled on traditional Middle Eastern flatbread, offering diners an option for more of a gateway dish to the cuisine, or something that might appeal to the restaurant’s younger customers. 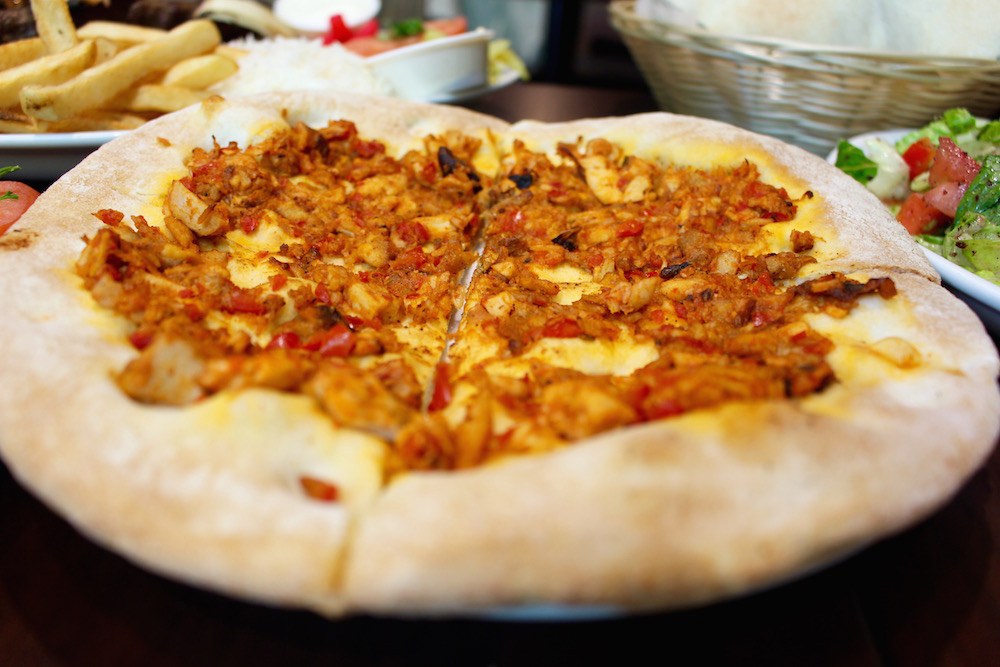 Whether you are craving a taste of the Middle East you don’t get to have often, or whether Lebanese food is exciting–but unchartered–territory for you. Paramount Fine Foods in Vancouver offers an approachable, friendly, and tasty new option in our expanding global dining scene. 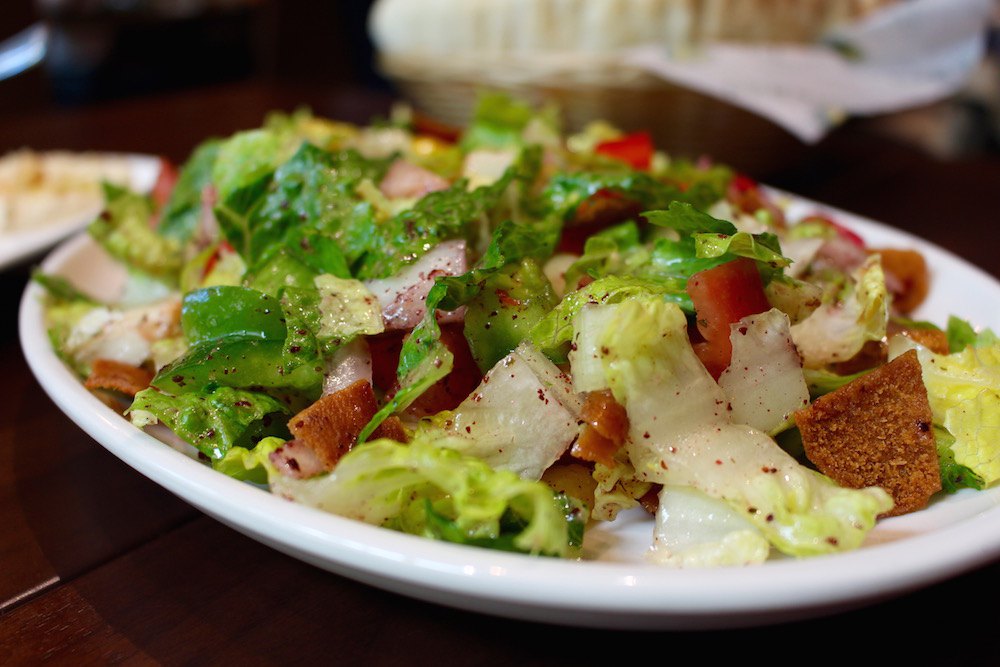 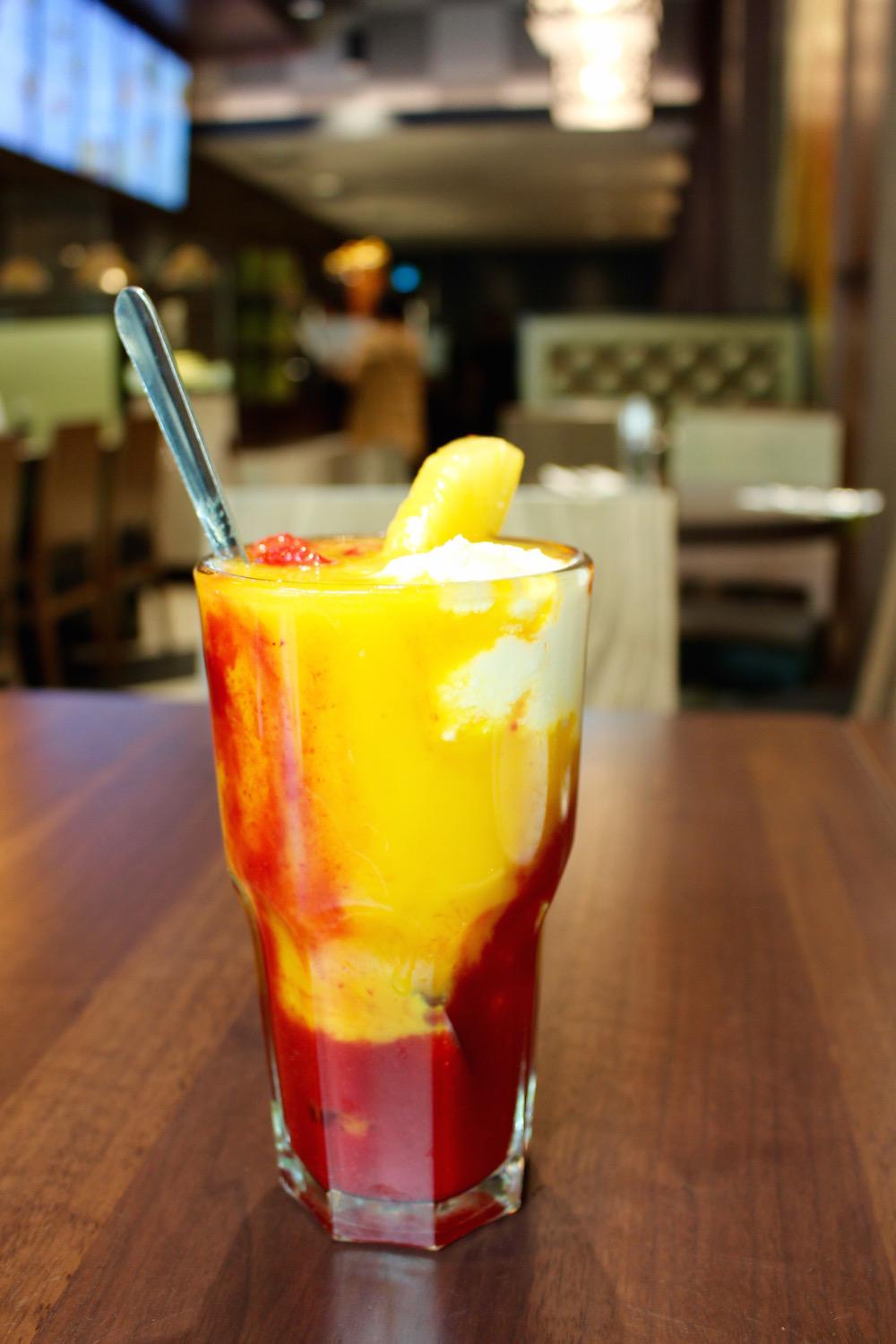 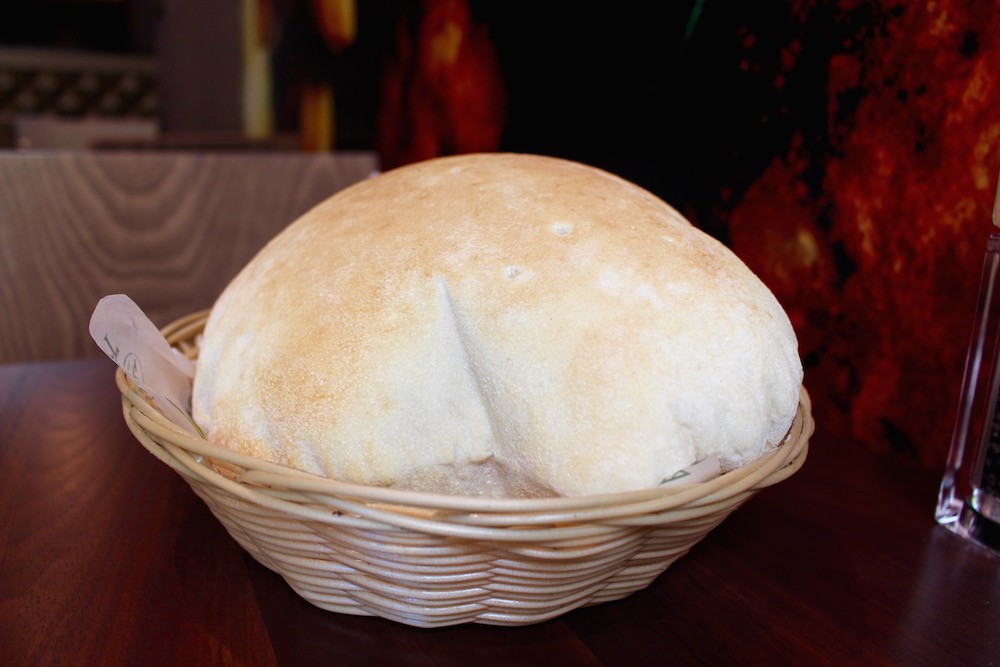 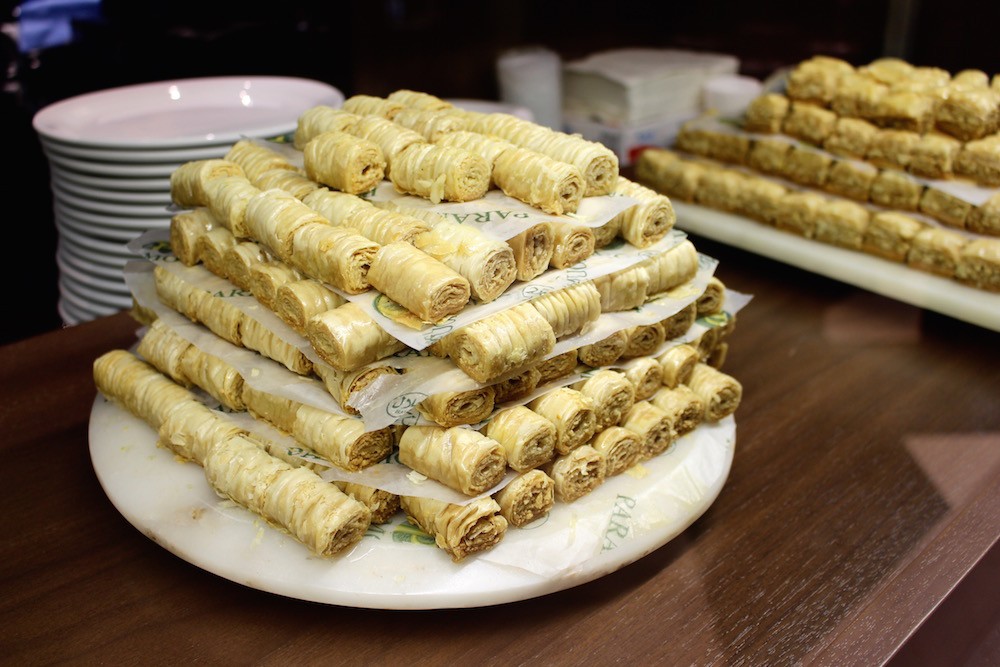 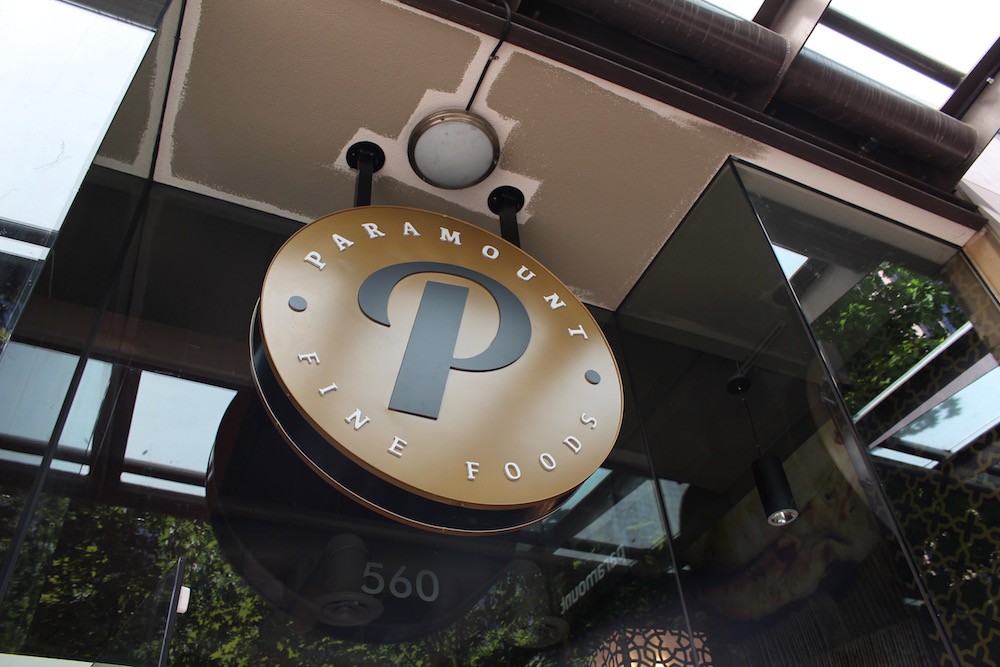