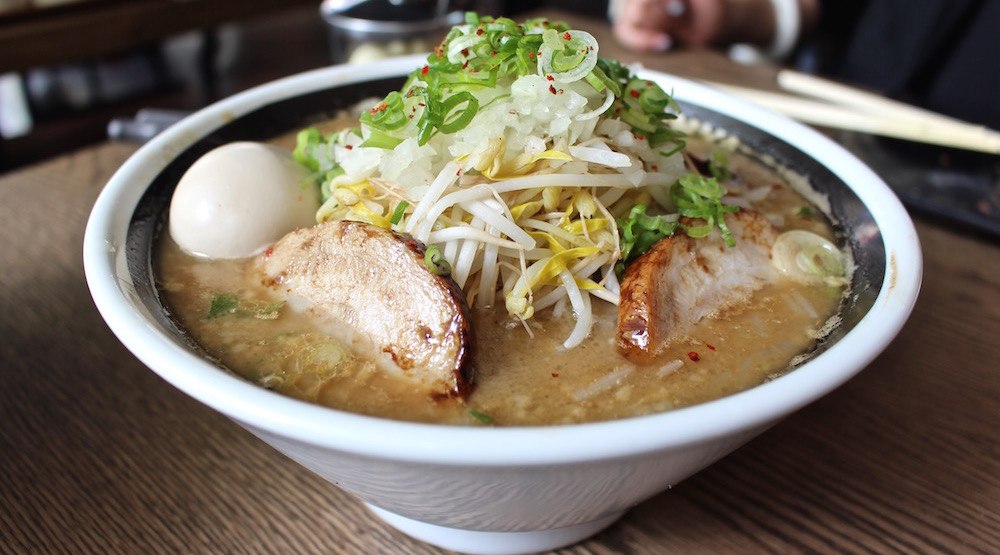 Vancouver was the first city to get a franchise of Los Angeles’ popular JINYA Ramen, and now the noodle-centric spot has moved into its latest chapter: A brand spanking new location in the TELUS Garden, right at the corner of Robson and Richards.

Robson Street has always been where JINYA was slinging bowls of garlicky ramen and plates of juicy gyoza, but rather than the more modest almost hole-in-the-wall space they were in before, their Vancouver flagship is bright, spacious, and has room for 60–with another 20 or so seats on the way once the wrap-around patio is approved. 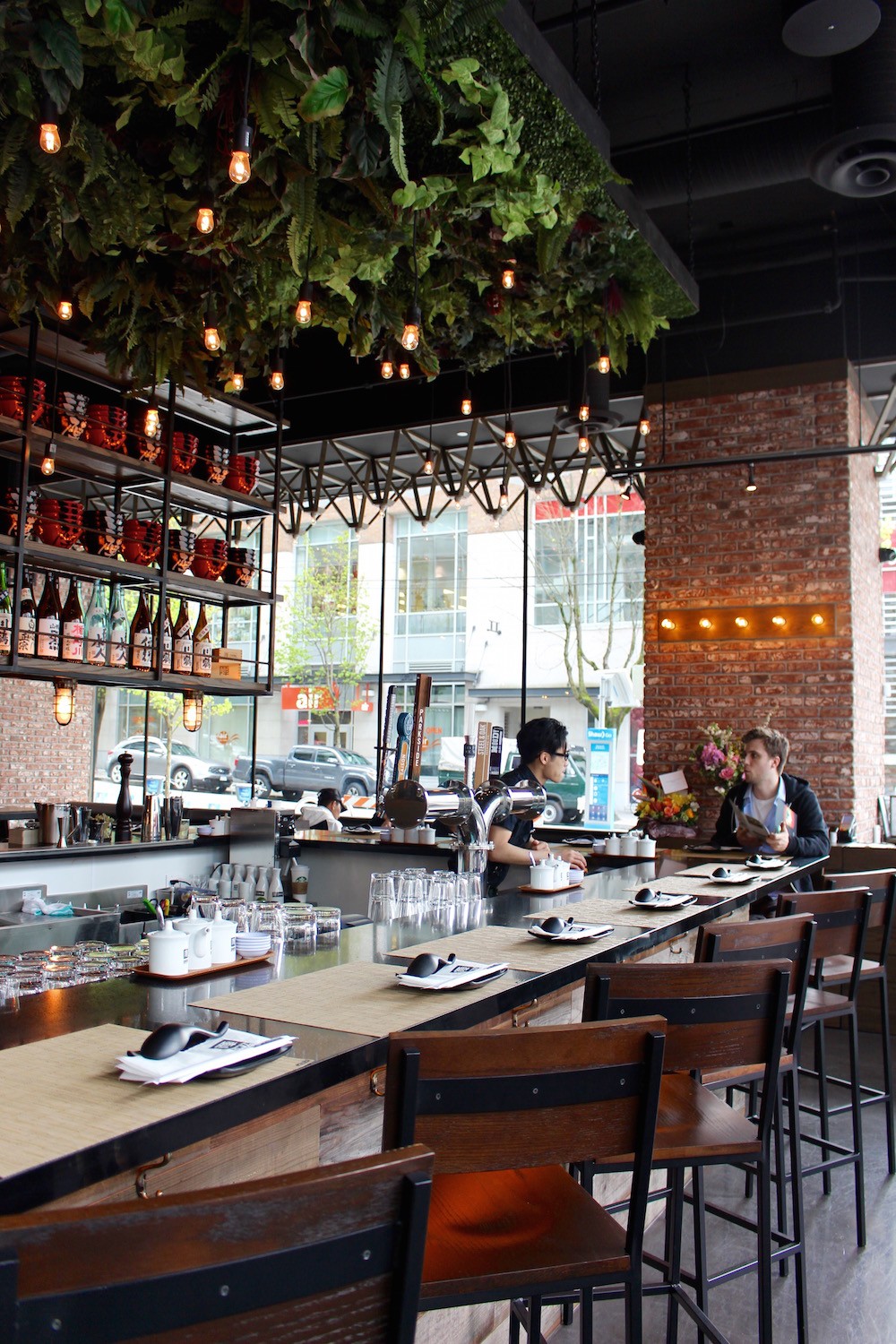 But the lines are still a thing at JINYA, and rightfully so. What the franchise can do at this new location is expand the menu, focusing on share plates, the bar program, and more ramen.

With six carefully-selected regional craft beers on tap, the bar at JINYA is upping the ramen joint game, along with their selection of sake, house cocktails, and Japanese whiskies–including the hard-to-find Hibiki from Suntory. Sip on a sake-based Aviation, or pair a fizzy mojito (made with Japanese pop Ramune) with your food.

Also on the expanded menu are a number of small plates, designed to prime your palate for the deep dive into the main course: ramen. JINYA also wants to take advantage of the bar and the space and hopes to welcome customers interested in drinking and snacking, and checking out their assorted hot and cold appetizers, like their on-trend salmon poké tacos (marinated salmon chunks served in a fried gyoza wrapper “taco” shell) or the equally savoury (and messy) pork tacos, where the shell is heaped with a juicy pork and a gently spiced kimchi. 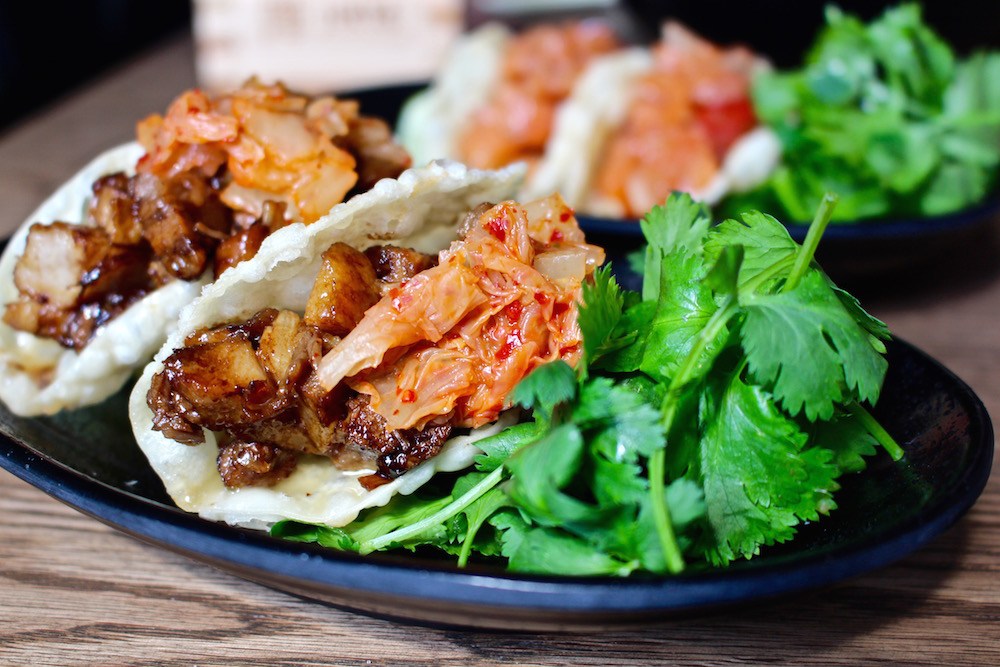 You’ll of course find gyoza and tempura, though their brussels sprouts are the standout veg; rather than offering a weighty, greasy bite, the earthiness of the brussels sprouts counterpunches the mild sweetness of the crispy batter, and there’s a light touch of truffle oil for that ooh-la-la factor.

Ramen is the main event here, and JINYA is putting out some pretty terrific bowls. Known for their black garlic tonkotsu, JINYA is upping the ante now with even more options, including the big time Cha Cha Cha, which packs four slices of tender chashu pork and an egg into a rich pork broth, and comes with a entire container of garlic bulbs so you can ward off all the vampires during your meal–or get really garlicky.

You can pick from four kinds of noodles here (the Cha Cha Cha is stellar with their thickest noodle–lots to chew on!) including a new spinach and soy-based noodle that fights for the spotlight with a silky, surprisingly complex broth in their vegan ramen. In fact, as someone who often goes for that very murky, very pork-y ramen, JINYA’s completely animal-free ramen still hit the spot. 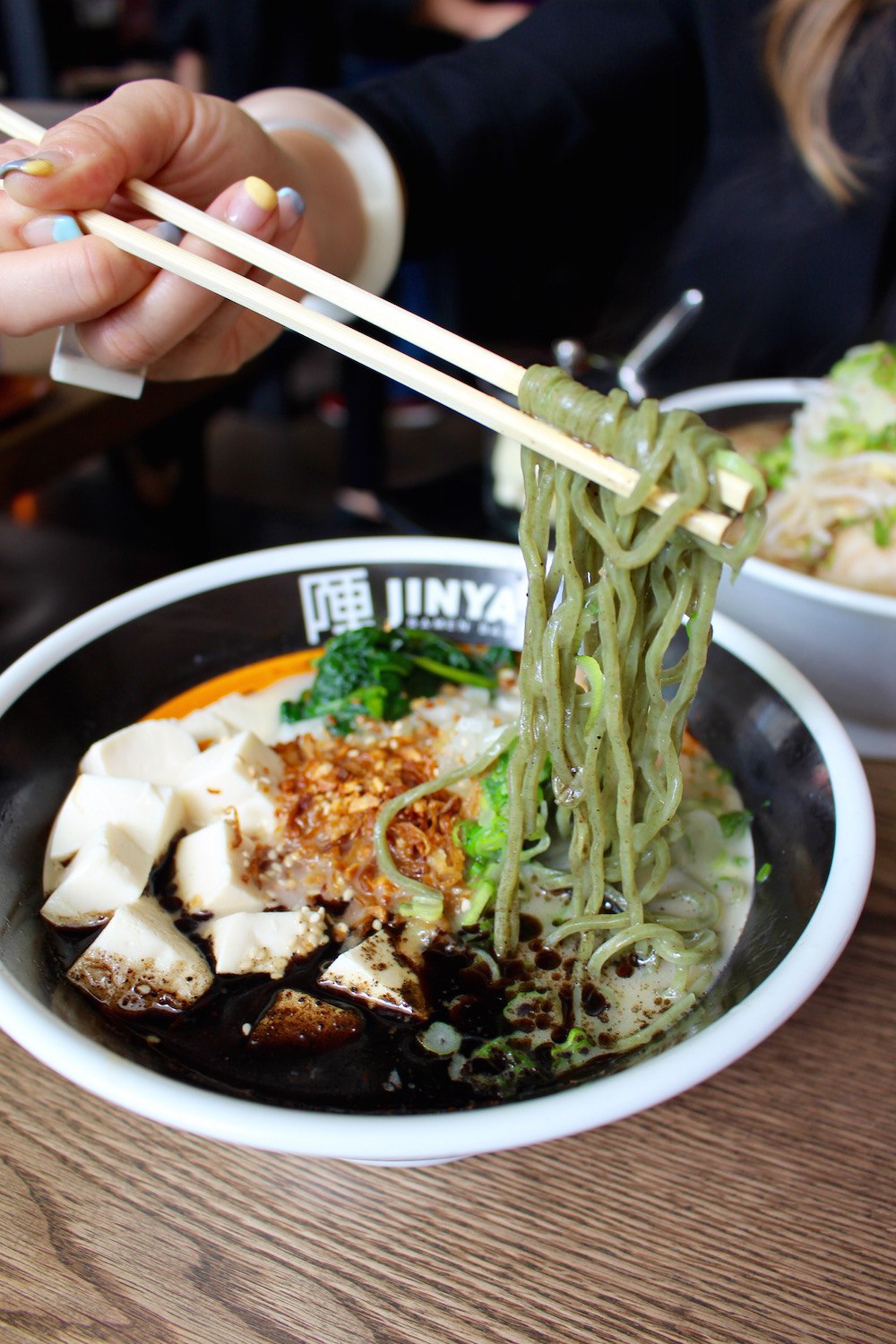 No matter what you order, you can always tweak it to your liking when it comes to spice, add-ons, and noodles. And, yes, you can order an extra helping of noodles to keep on keepin’ on with that broth.

While the downtown Vancouver JINYA was the first franchise, there have been many more since; there are now four altogether in Canada (Toronto, Calgary, and Vancouver’s Kerrisdale) but the fifth is coming soon, and will be at Metrotown in Burnaby.

I definitely remember slurping up my first bowl of JINYA’s pork ramen at their original L.A. location many years ago, and these swank new downtown Vancouver digs show that the chain has come a long way, baby. 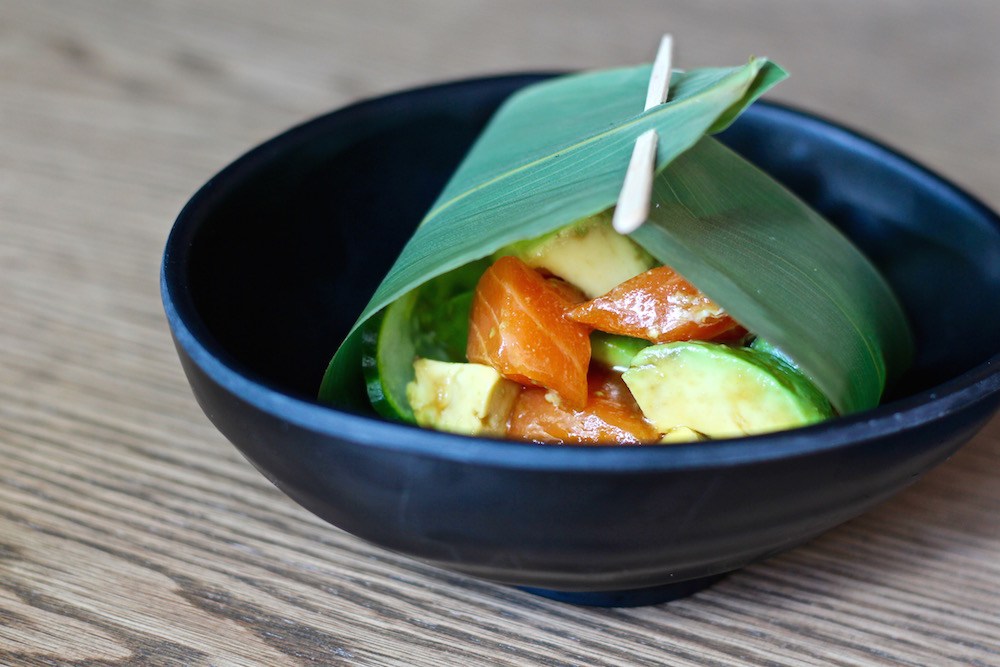 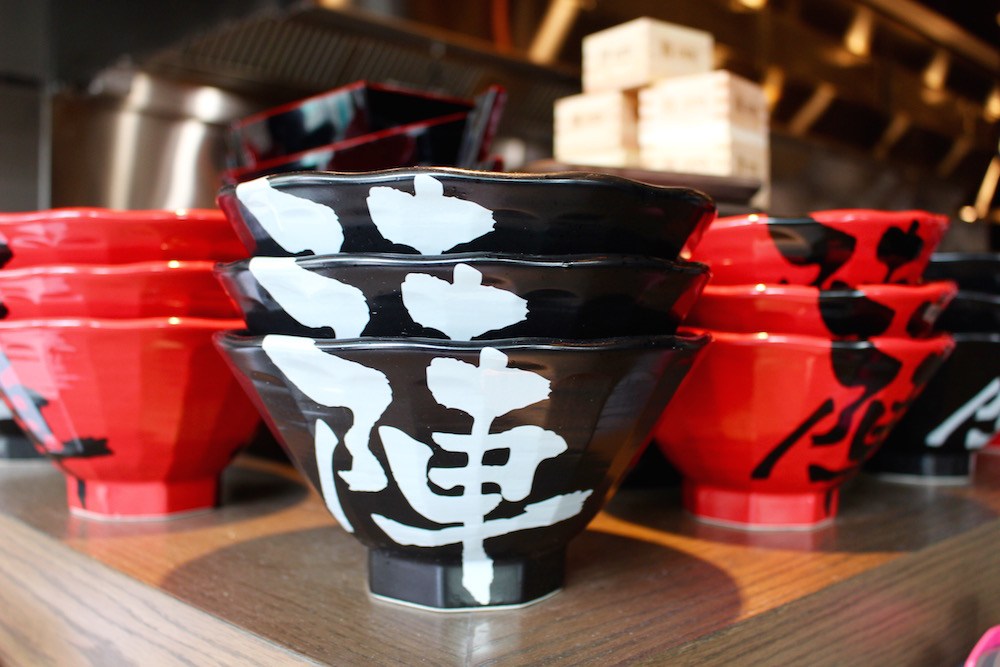 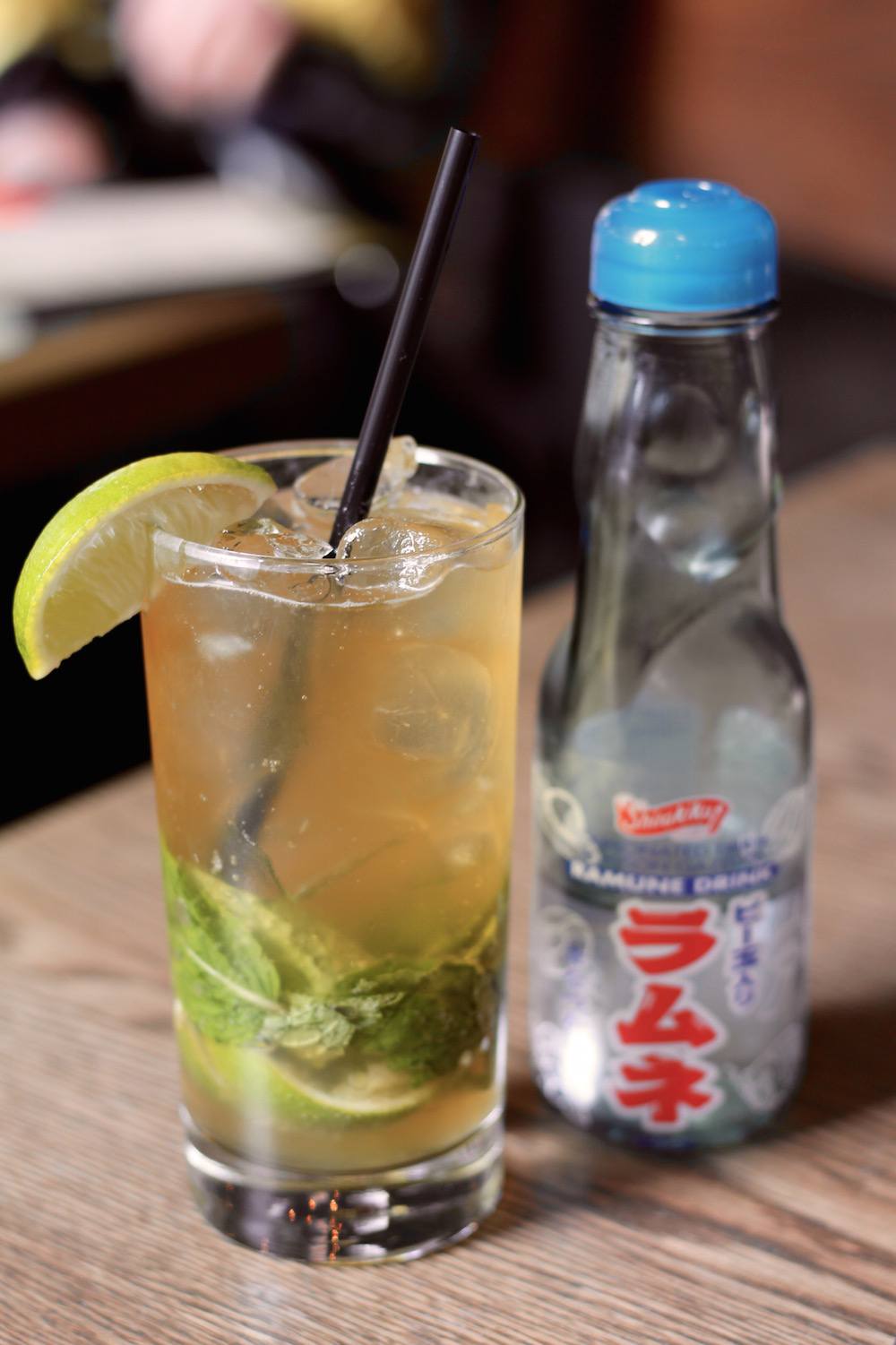 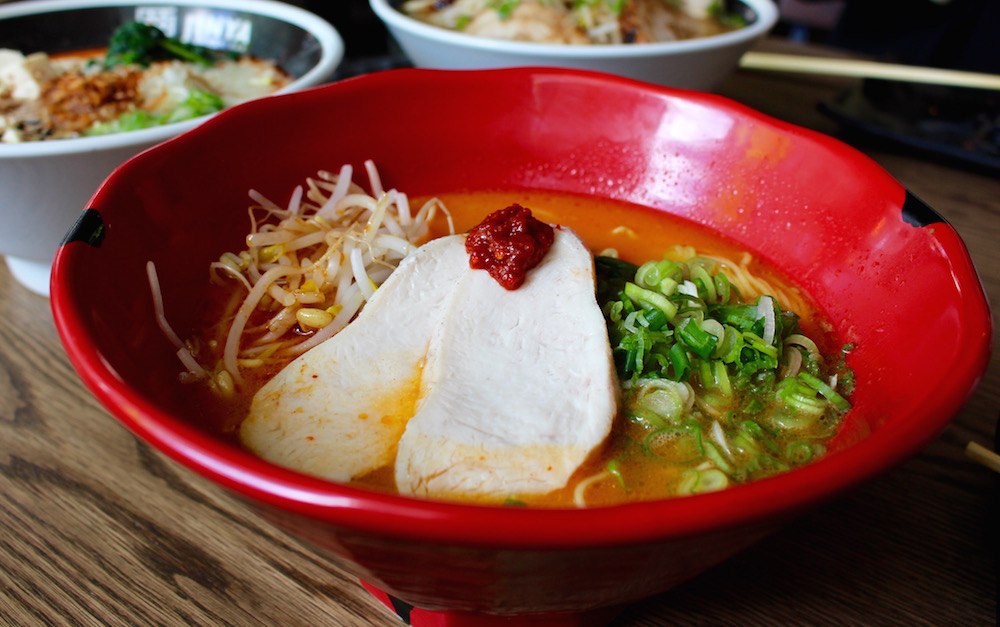 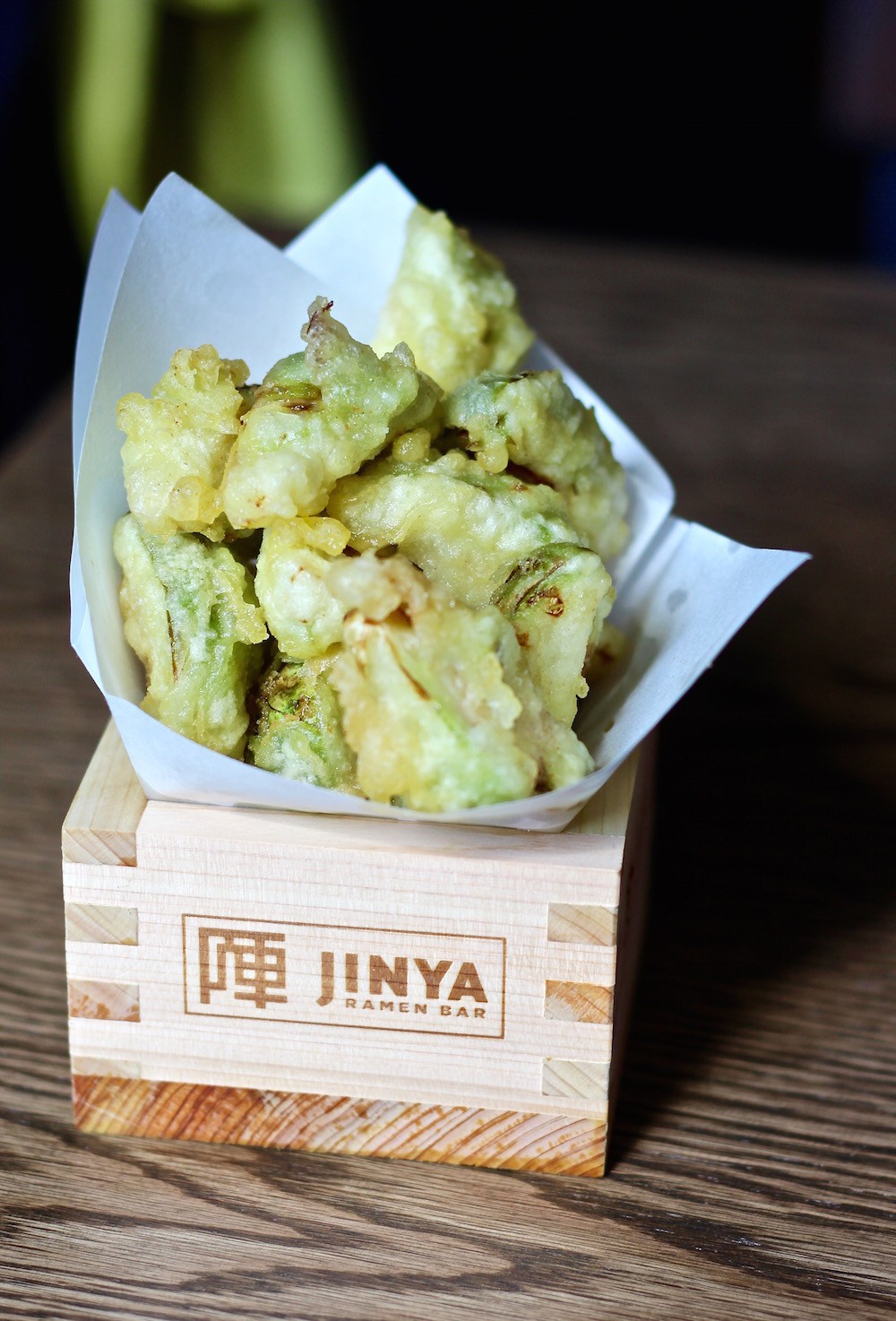