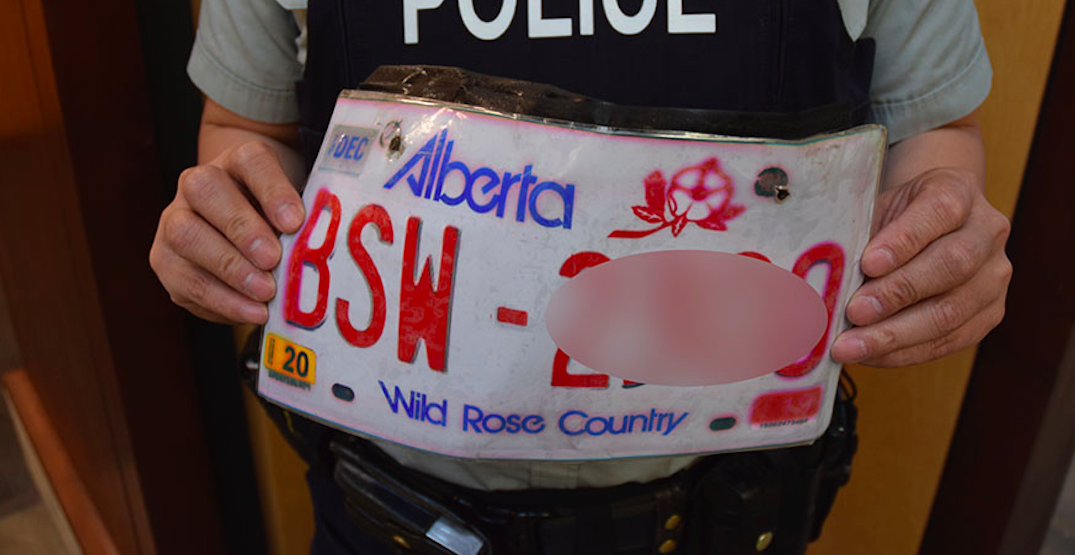 The laminated paper licence plate discovered on the car after the crash. (Coquitlam RCMP)

After police in Vancouver nabbed a driver for using flashlights on his vehicle instead of proper headlights and tail lights, it seems another driver in the Lower Mainland tried to get creative when it came to outfitting their car – this time with a paper licence plate.

In a release on Monday, Coquitlam RCMP said the discovery was made following a single-vehicle collision on January 8, around 8:20 pm, on the Mary Hill Bypass, near Shaughnessy Street.

The car had crashed “because it lost a wheel,” police said.

And when officers arrived on the scene, “they found one of the worst licence plate forgeries they had ever seen hidden under a licence plate cover,” said Coquitlam RCMP Cpl. Michael McLaughlin.

“One reason that licence plate covers are illegal in BC is that they are often used to obscure what’s underneath,” said McLaughlin. “At first blush, this licence plate is terribly funny, but there are serious consequences.”

He explained that “people with forged plates are often driving with no insurance, or their vehicles are not roadworthy, or both.”

This, he said, is “both unsafe and unfair to other road users who follow the rules and pay their premiums.”

Now, police are looking to speak with a man and a woman they believe were involved in the crash and who “quickly left the scene when police arrived.”

The car itself was seized for disposal.