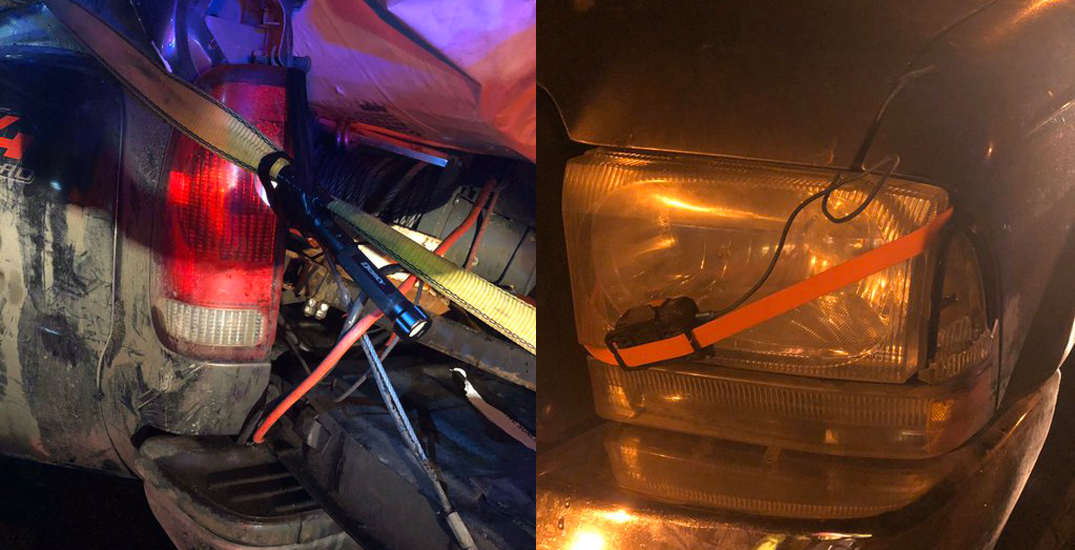 A driver who taped flashlights to their pickup truck when the headlights burnt out received a hefty fine from the Vancouver Police Department.

Sgt. Mark Christensen tweeted that traffic officers initially pulled the driver over for having an insecure load. But once they got a closer look, they realized the driver was using flashlights instead of headlights and taillights.

The vehicle also did not have insurance, and the driver failed to comply with a previous inspection order, Christensen said.

In all, the driver received $1,920 in fines and had their vehicle impounded.

Stopped for insecure load,further examination found flashlights being used as headlights/taillights, no insurance and failed to comply with previous inspection order! All told $1920.00 in fines and vehicle removed from road! #RoadSafety @VancouverPD @VPDTrafficUnit pic.twitter.com/FqklBP4Q6i