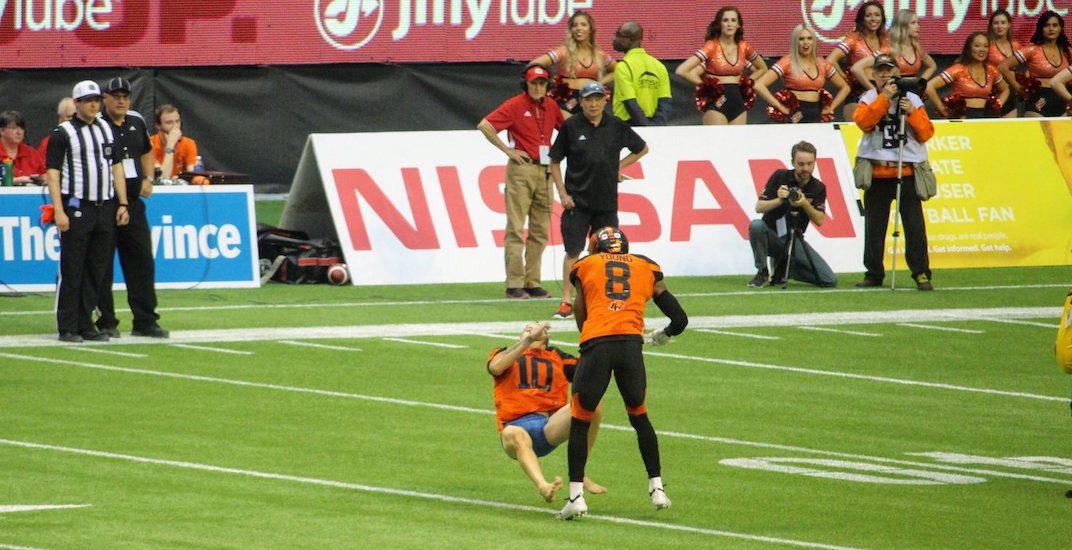 The BC Lions fan that jumped onto the field of play during Saturday’s home game, eluding security until he was flattened by defensive back Marcell Young, has lawyered up.

“Our client suffered serious injuries, including a mild traumatic brain injury, as a result of being violently struck by BC Lions player Marcell Young,” said Preszler Law Firm in a statement on Wednesday. “Our client has been released from the hospital and is now recovering at home. His future prognosis remains unclear.”

The hit was a violent one, sending the unsuspecting fan – identified as a Surrey man in his 20s by the VPD – hard to the BC Place turf.

The Vancouver Police Department told Daily Hive that he was held in a VPD jail due to his high degree of intoxication, a claim that the fan’s lawyer refutes.

“Contrary to some news reports, our client was never arrested or taken to jail, but was released from the stadium shortly after the incident before being taken to the hospital by his family.”

This will surely spark a debate, if it hasn’t already, about what a person’s rights should be when running onto the field of play.