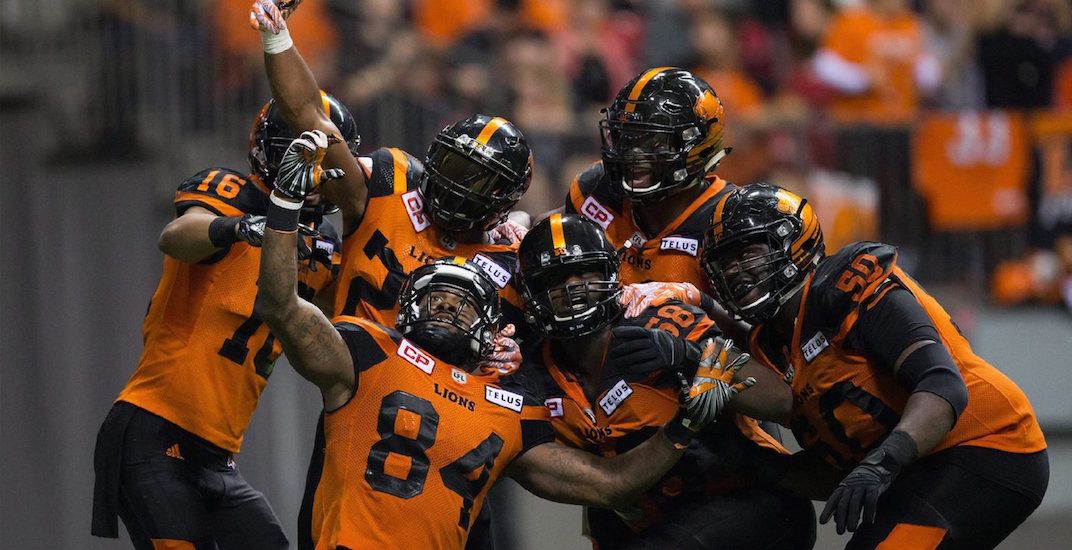 “There’s no shortcuts to greatness.”

Those are the words of CFL commissioner Randy Ambrosie, who in his first 12 months in charge, has made a positive impression in the eyes of most fans.

Describing himself as an “optimist by nature,” Ambrosie was in Vancouver on Wednesday, speaking with Daily Hive about a number of topics, including what the BC Lions need to do to regain prominence in Vancouver, Johnny Manziel, and one day putting an expansion team in Atlantic Canada.

What the BC Lions can do to win back Vancouver

On the field, the commissioner has no problem with his league, proudly stating that 60% of games were decided in the fourth quarter last season, while scoring was up and penalties were down.

Off the field, the league is in reasonably good shape also.

One exception to the rule, though, are the BC Lions.

Missing the playoffs for the first time in over 20 years, the Lions have actually been losing ground in the marketplace for a few years now, struggling on the field in three of the last four seasons.

The league has trouble attracting young fans at the best of times, which is something Ambrosie is keenly aware of.

“We’ve had a tremendous six months talking a lot about attracting a new generation of fans, how to get into that younger demographic.”

Ambrosie pointed to the $85 season tickets the Lions are offering for kids, as well as efforts to attract millennials to CFL games. The Lions are looking to bring in a “young, energized demographic,” he says, wanting to give them “a great fan experience.”

Easier said than done, of course.

We’ll begin to find out if the new $20 “Beach Party Fun Zone” is a hit or a miss. Same goes for an appearance by country music singer Chad Brownlee on August 9, as part of the league’s concert series.

The Lions have a $65 deal for their home opener against the Montreal Alouettes this Saturday, which includes two tickets, two hot dogs, and two beers – unquestionably a great deal to start the season with.

It’s all efforts to win back a lost generation of football fans.

“We’re trying to think of new and innovative ways to open the door to new fans who are looking for entertainment and something especially Canadian to do and something they can do with their families at an affordable price.”

What happened in Vancouver

The Lions averaged under 20,000 people for their home games in 2017, the first time that has happened in 15 years.

The days of averaging more than 28,000 – which happened just four years ago – seem like a long time ago now.

“Every market has its own unique characteristics,” Ambrosie said, with regard to how Vancouver differs from other CFL cities.

One of the issues, according to the commissioner, has been the health of owner David Braley, which has deteriorated in recent years.

“David has always been a hands-on business leader. For a couple of years while David went through his challenge and was recovering. We didn’t have as much of David Braley’s heart and soul in this franchise as he has had in the past. David has brought in (new team president) Rick LeLacheur with the clear mandate to grow BC Lions football.”

LeLacheur knows the CFL, serving as president and CEO of the Edmonton Eskimos from 2002 to 2011, but it remains to be seen if he knows Vancouver.

But if he, along with new GM Ed Hervey, can help improve the product on the field, that will help all aspects of the business.

“We just have to work hard at it. I think sometimes there’s this idea or hope that there’s a silver bullet out there,” Ambrosie added. “I think mostly it’s hard work. It’s making sure the fans know that we’re playing. Know that we’re welcoming them in. Talking not just about football, but about the entire game experience.

“If we work hard at it, we can expect great things with this franchise.”

Given the success of the Single-A baseball Vancouver Canadians, this city has proven it can support minor league teams.

But although the CFL will never be the NFL, the commissioner doesn’t view his product as “minor league,” instead promising to think big.

“[Success] comes by thinking big. Not being bigger than our britches, just by being able to think about the infinite possibilities that are out there.

“Frankly, it’s the CFL’s time to be bigger.”

Past commissioners might have jumped at the chance to get Johnny Manziel into the CFL, but not Ambrosie.

Under his leadership, the league took its time, something he felt was important.

“[Manziel] had an incident relating to violence against women. We had to separate ourselves from our lives in the game of football and our responsibility to our fans and to our communities that we serve. I think what I felt good about was making sure we disconnected ourselves and leaned on experts that could help us understand the issues that were important.”

Ultimately Manziel was granted entry into the league, and he’ll make his debut with the Hamilton Tiger-Cats. But not before the league did its homework.

Manziel will make his first visit to Vancouver on September 22.

Ambrosie was in New Brunswick last week, talking to officials about a potential team in Atlantic Canada. But he’s not rushing into anything.

The commissioner sees a future team on the East Coast as being a regional team, one that the four Atlantic Canada provinces could be proud of. While a future team could be in Halifax, it would be the region’s team, just like how the Roughriders are Saskatchewan’s team, not just Regina’s.

Though not willing to put a timeline on it, he’s already dreaming of a day where a new team develops a Labour Day East Coast/West Coast rivalry with BC.