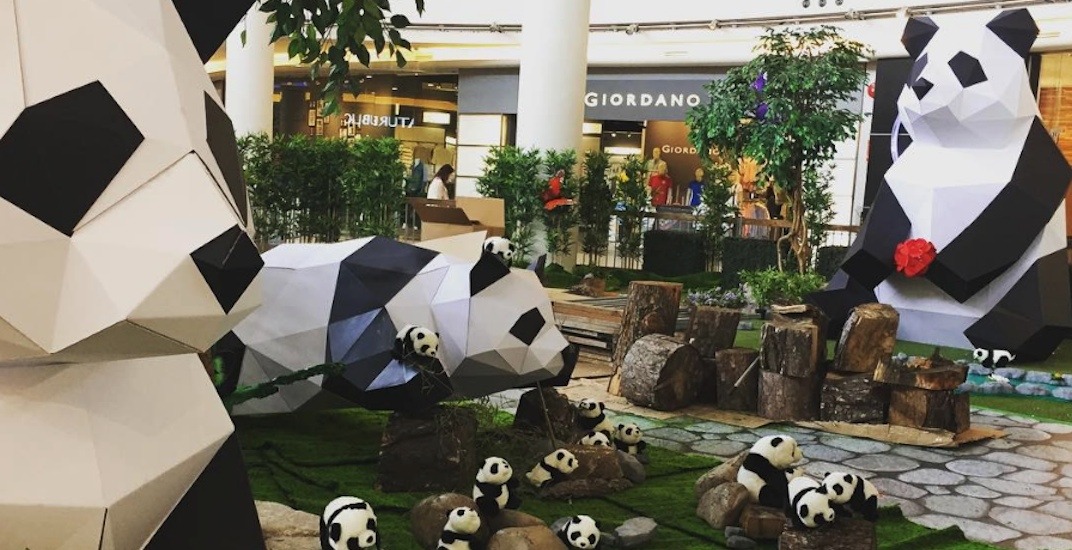 As it turns out, Aberdeen Centre in Richmond has also turned its main atrium into a so-called ‘Pandaland.’ The site features a massive exhibition of pandas, including a family of giant origami pandas ranging from 3 ft to 10 ft tall, and 500 fuzzy plush versions of the black and white bears.

Photos posted onto Instagram show the atrium converted into a panda ‘habitat’, with turf, large boulders, and fake bamboo plants taking over the area next to the water fountain.

Pandaland is scheduled to run for more than two months from Saturday, June 30 to Monday, September 3, but panda lovers can already take a sneak peek before the Canada Day long weekend as the exhibit is already largely set up.