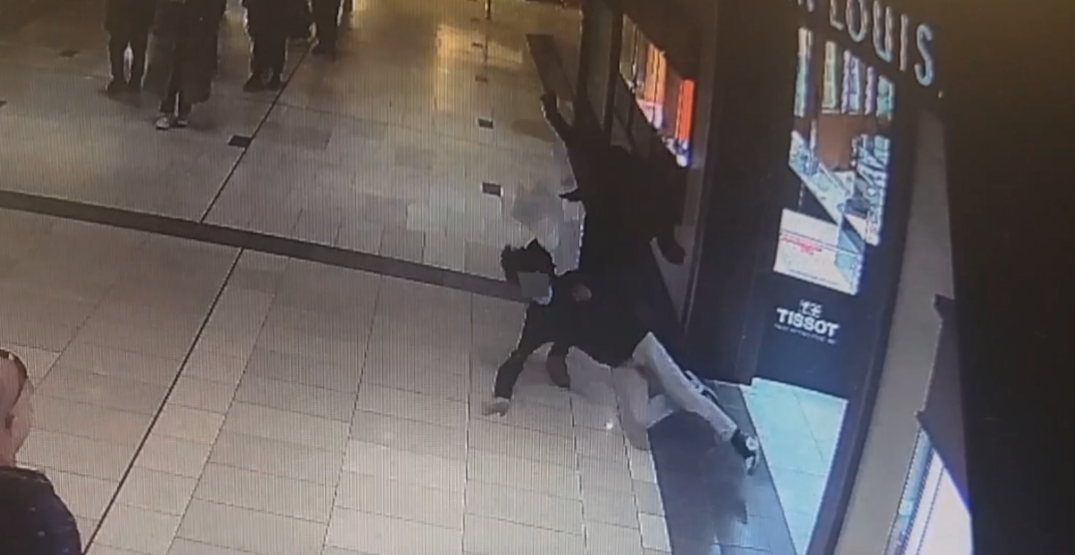 Vancouver police looking for witnesses to a bizarre assault in Pacific Centre mall where a man approached a teen from behind and used a leg sweep to knock him to the ground.

Captured on mall security cameras, the suspect can be seen walking toward the 15-year-old boy, before quickly using his foot to knock the boy’s legs out from under him.

It happened around 11:45 am on May 8 and although the suspect initially fled he was followed by mall security. Police officers found the suspect shortly after and arrested him.

“Although we have arrested a suspect in this case, we are still gathering evidence,” Const. Tania Visintin said in a news release. “We are particularly interested in speaking to people who saw the suspect immediately before or after the alleged assault, or overheard any interaction the suspect had with the victim or other people.”

The teen was not seriously hurt, police said.

The suspect, 25-year-old Faisal Abubaker, has been charged with assault. He’s been released from custody until his next court appearance.