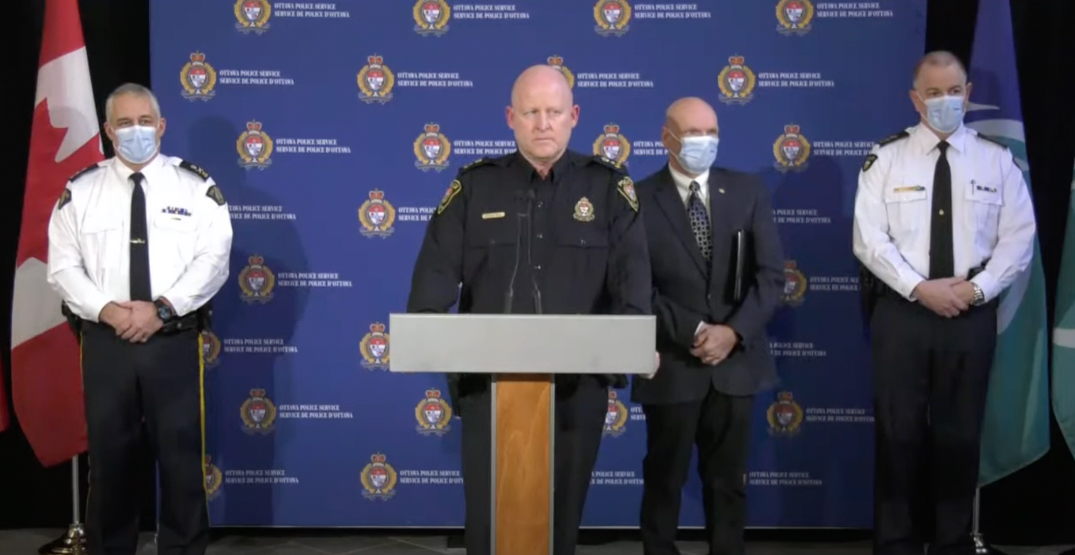 Protestors camped out and stood off against police at “Freedom Convoy” demonstrations on February 19, but many of them left in handcuffs.

Police arrested 47 people in Ottawa on February 19, bringing the total to 170.

“We’ve backed up those warnings with a deliberate and methodical operation using safe tactics,” he said.

On Saturday, police pushed the group into the core of the city, hoping the majority of them would leave voluntarily on the way. Many refused to leave regardless.

In reference to the allegation that a bike was thrown at a horse that knocked down two people, Bell said police will return with more information after investigating.

“They fell down. They immediately got back up and began to engage in their demonstrated protest activity,” he said.

“We will absolutely be involved in reviewing arrest to make sure that the lawful amount of force was used as we executed our mission.”

He added their messaging to convoy demonstrators is simple: Leave.

“We’ve been very clear from the beginning — as this has escalated and as protesters have not heeded the urgent warnings and the direction to leave our streets — that we would need to escalate in our tactics. That is what you’re seeing us engaged in,” he said.

He also told downtown Ottawa residents the force remains focused on their safety.

“We will not be going anywhere until you have your streets back,” he said.

“This operation is still moving forward. It is not over, and it will take more time until we have achieved our goals.”

Police are concerned about the number of children present at the protest, asking demonstrators to keep their kids at home.

Once again we are seeing young children being brought to the front of the police operation. This is dangerous and it is putting the children at risk. https://t.co/2doF1IEq96

In closing, Bell said police have not identified the number of charges they have laid, but those will be released to the public as soon as possible.

They say anyone looking for accurate, factual information about the protest should check Ottawa Police’s social media.