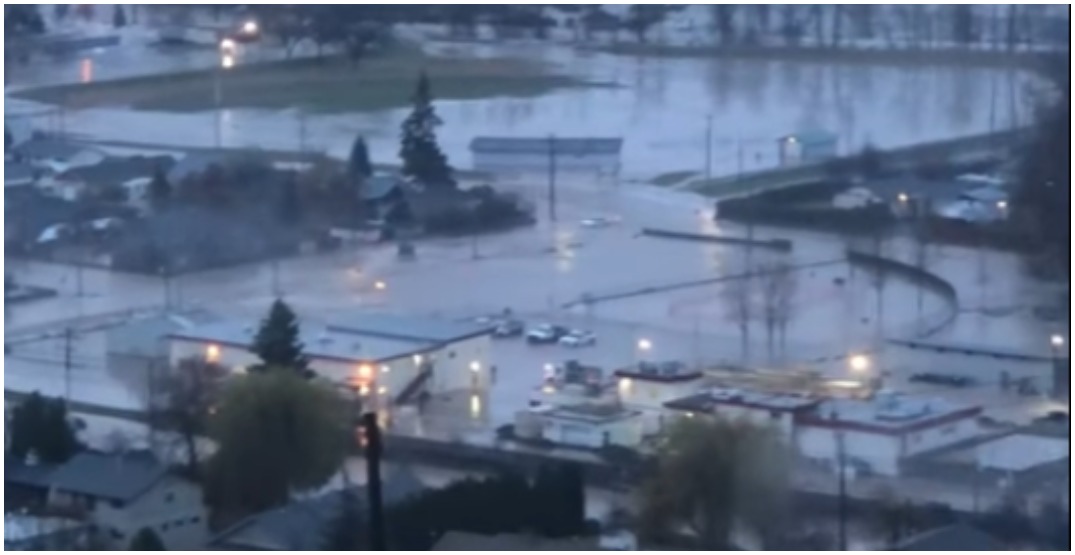 As parts of British Columbia deal with extreme weather and flooding, Prime Minister Justin Trudeau has taken to Twitter to offer financial help to those impacted.

To the people of Merritt, and to all British Columbians affected by the flooding: please stay safe. And as Minister Blair said, we’re ready to provide whatever assistance is needed as you deal with and recover from the flooding and this extreme weather. We’re here for you. https://t.co/FqyCeSAVwD

His tweet came after Canada’s public safety minister, Bill Blair, said the federal government was closely monitoring the situation in Southern BC.

We will always be there for Canadians in need, and are closely monitoring the situation in Southern BC. We have been in touch with our provincial counterparts, and stand ready to support British Columbians, if needed.

“We have been in touch with our provincial counterparts, and stand ready to support British Columbians, if needed,” says Blair.

On Monday, the entire city of Merritt, BC, was forced to evacuate because of extreme flooding.

A state of emergency has also been declared in Abbotsford, BC. It will remain in place for at least a week.

Declaring a state of local emergency allows the City to provide enhanced support to manage the emergency and is essential to help protect the health, safety and welfare of people and property in Abbotsford.
For information, evacuation alerts & orders https://t.co/x5i0M9kvJy pic.twitter.com/qRooLcSMdD