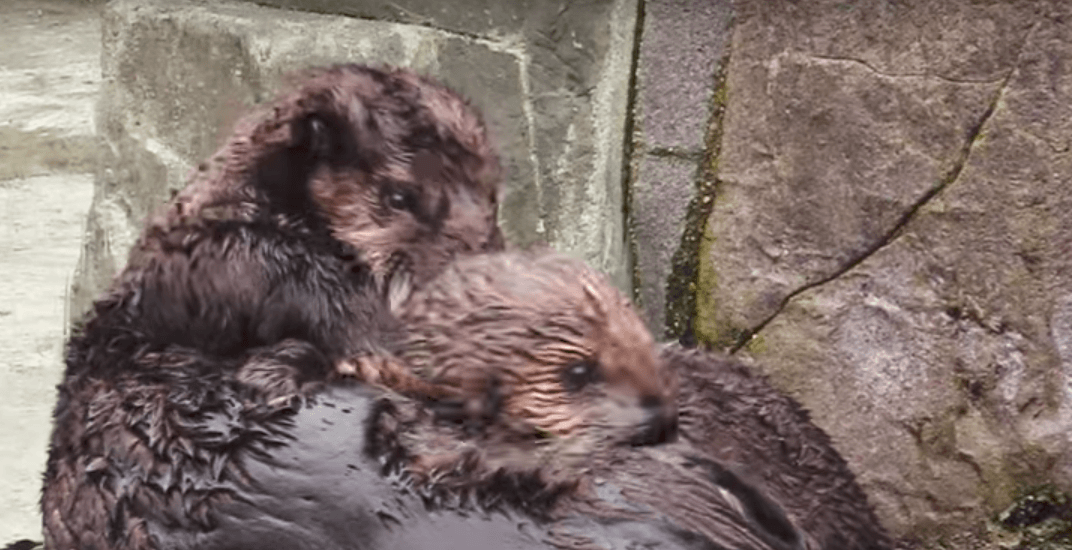 The two otters met each other for the first time this week.

They are the two youngest sea otters at the Vancouver Aquarium and today, Rialto and Hardy – two orphaned pups – met each other for the first time.

“It was as as adorable as you would have hoped,” said a spokesperson for the Vancouver Aquarium.

Hardy was between two and four weeks old when he was rescued this past June, after he was found crying off Vancouver Island.

Rialto was discovered after he was found washed on a remote beach in Washington State on August 1. The pup was was emaciated, had pneumonia and a gastrointestinal infection.

Sick, and stranded without his mother, the tiny marine mammal had a poor chance of survival.

The two were brought in for care and rehabilitation at the Vancouver Aquarium Marine Mammal Rescue Centre and made good progress in their recovery.

“Both Hardy and Rialto are similar in that they readily adapt to new situations so we believed their introduction would go well. In fact, it went even better than we had anticipated,” said Vancouver Aquarium Senior Marine Mammal Trainer Kristi Heffron.

The rescue team, she added, has provided care for both Rialto and Hardy “from a very young age so we’ve really been looking forward to this moment.”

Heffron said staff was “overwhelmed by the support” of the Aqaurium’s sea otter rescue and rehabilitation efforts and is “excited to sheare this milestone with our visitors and supporters as well.”

Hardy has had a number of otter introductions over the past few months, first meeting 13-year-old Tanu and then meeting five-year-old Katmai.

While Rialto has re-joined Mak and Kunik in the Finning habitat, Hardy continues to swim with Tanu and Katmai in the Russel habitat.

The Aquarium’s marine mammal care team anticipate socializing Hardy with the other sea otters more and more in the coming months.