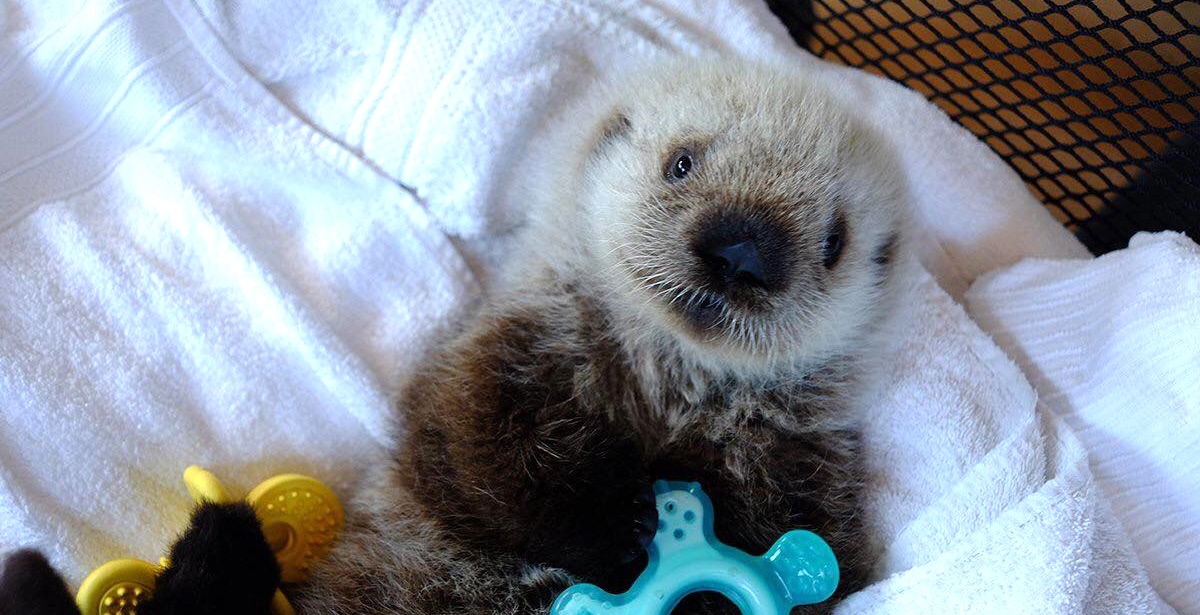 The sea otter pup rescued after it was found crying off Vancouver Island in June finally has a name after Vancouver Aquarium held a public vote.

The male pup was between two and four weeks old when he was spotted by boaters, after it began following their boat while crying out.

Now two months old, the pup is still getting 24-hour care from staff and volunteers, who feed, bathe and groom him, just as his mother would in the wild.

Happily, he is also gaining weight and has been growing stronger and more active, even grooming himself, exploring underwater and learning to dive. 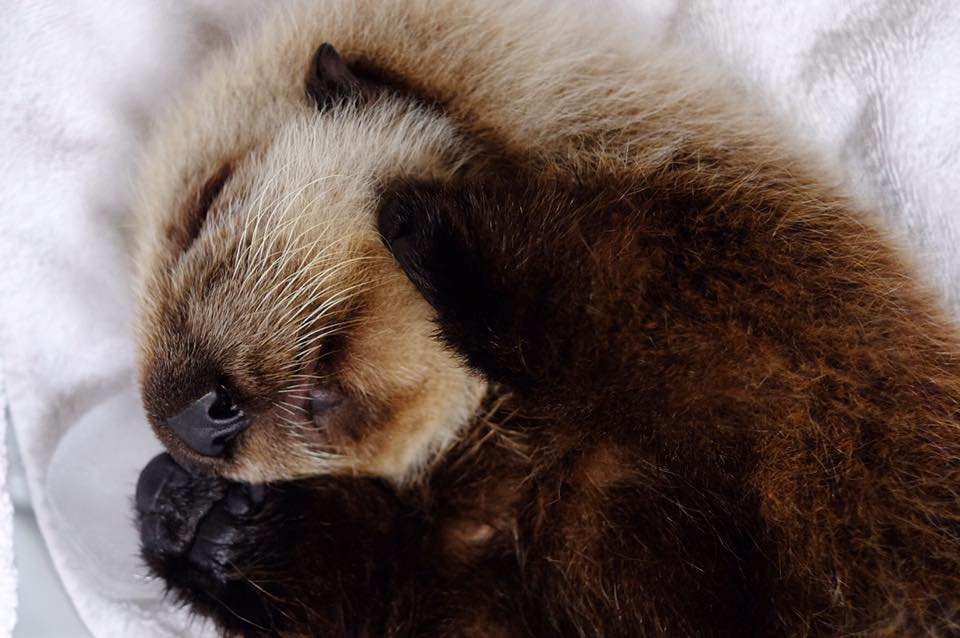 And now, the little guy finally has a name, as chosen by the voting public – Hardy.

The name was one of three proposed by the Vancouver Aquarium, the two others being taken from the local Kwak̓wala language – Kasa (sea otter) and Masik (large sea urchin).

According to a post on the Aquarium’s Facebook page, Kasa came a close second, but Hardy won the day. 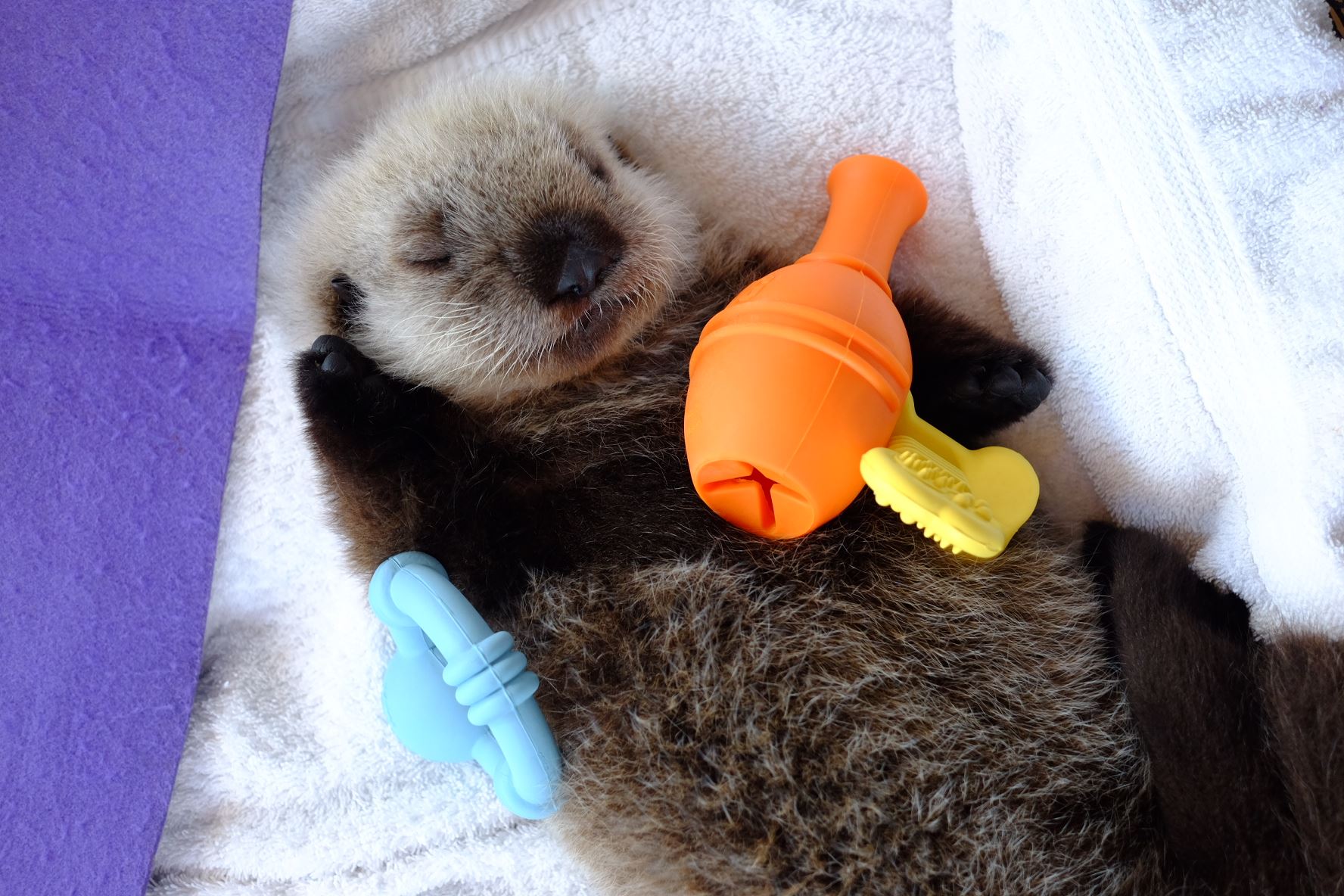 Voter Sarah Stregger was also chosen at random to receive a four-pack admission to the Aquarium, plus a Sea Otter Aquadopt kit, allowing you to adopt your own sea otter.

The Aquarium is a non-profit organization; if you’d like to help the Aquarium care for the sea otter pup, you can make donations at support.ocean.org/rescuedotter. 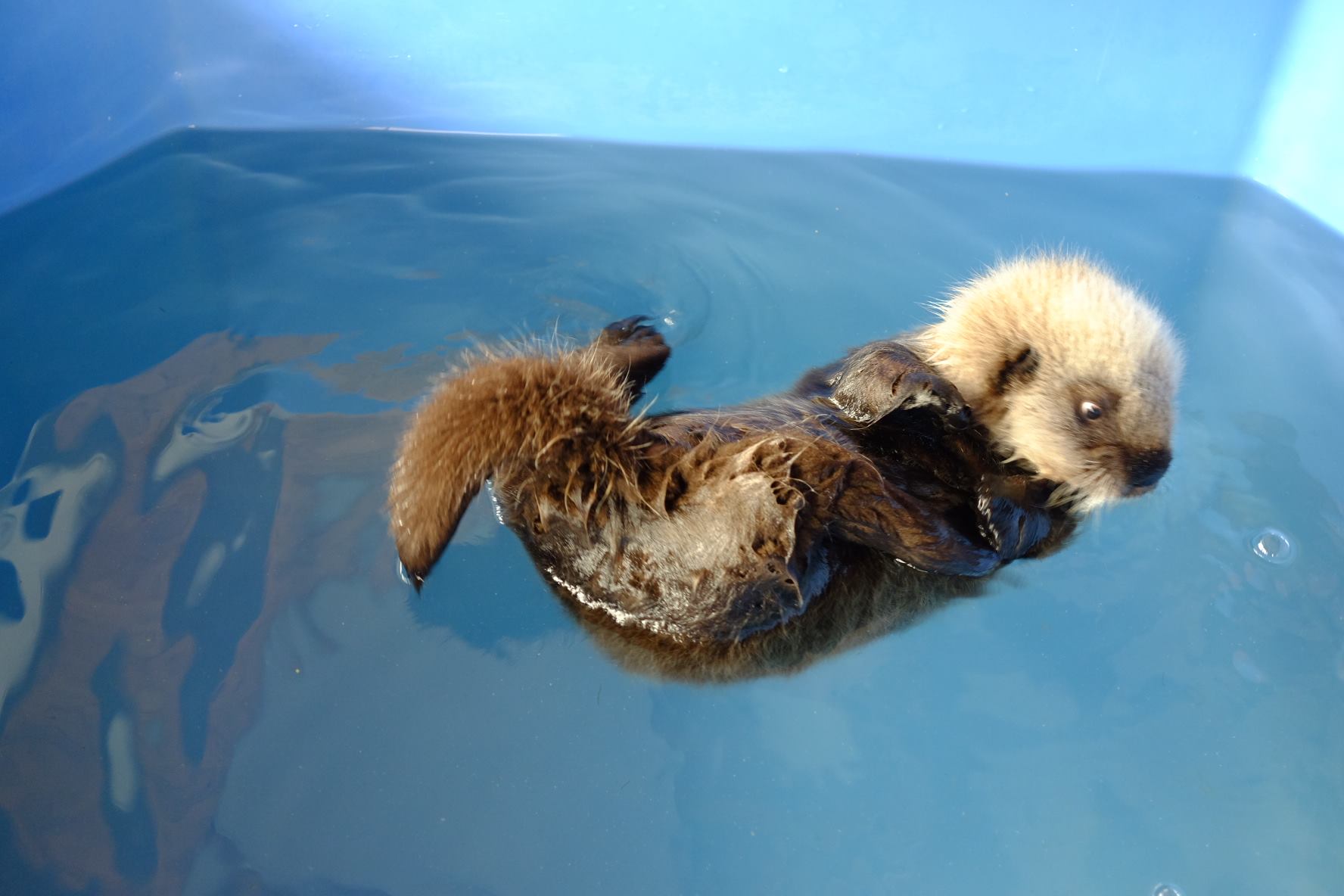 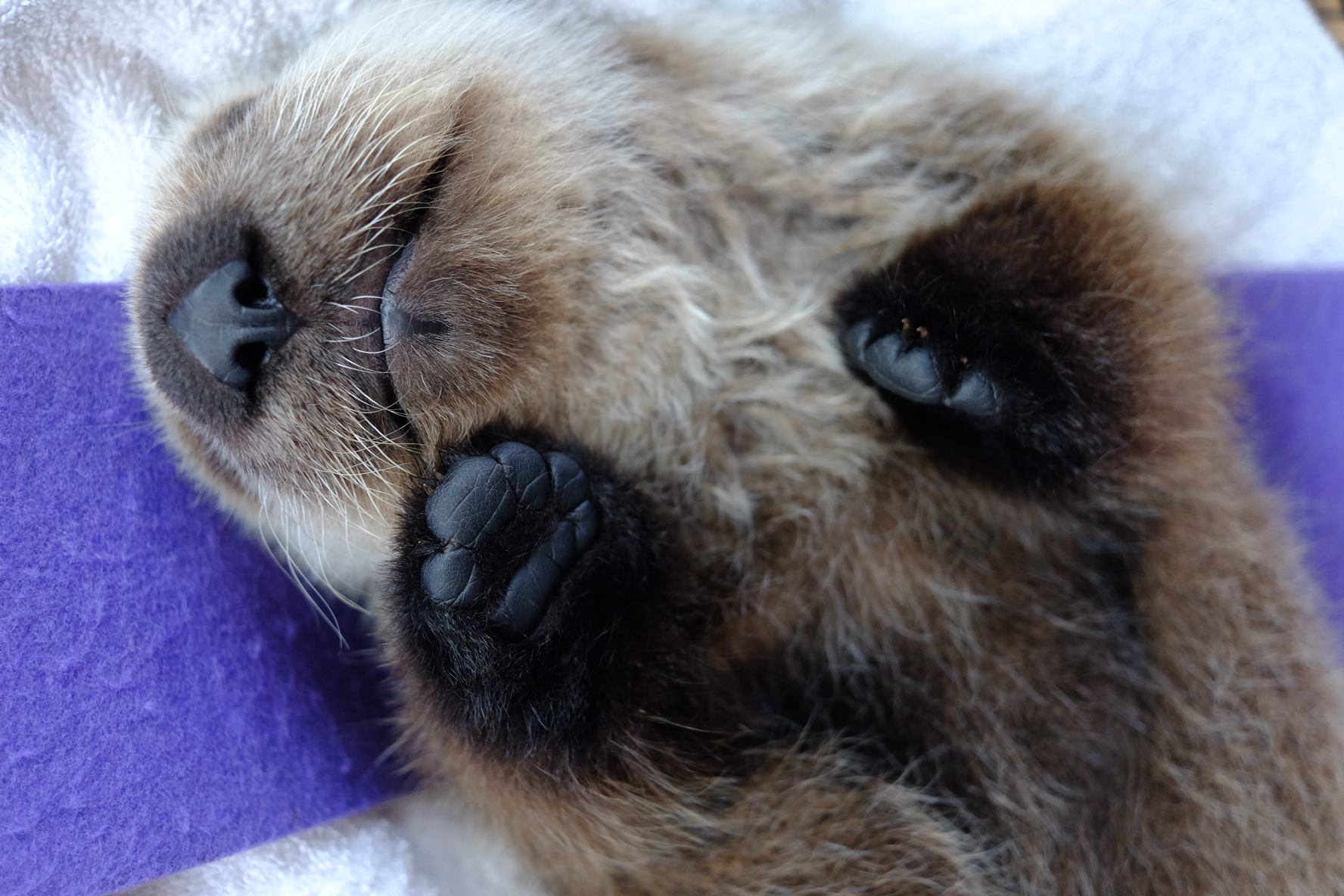 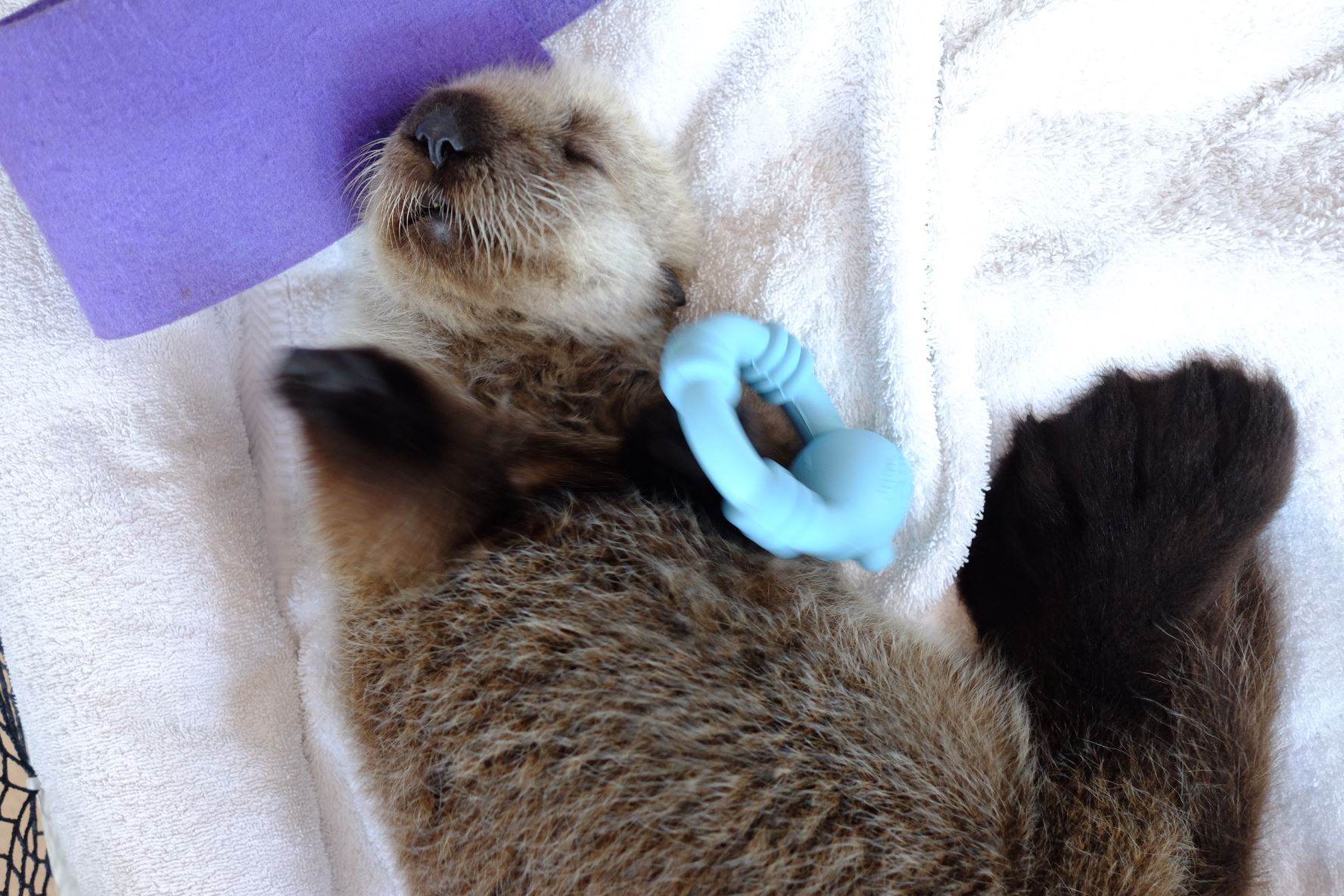