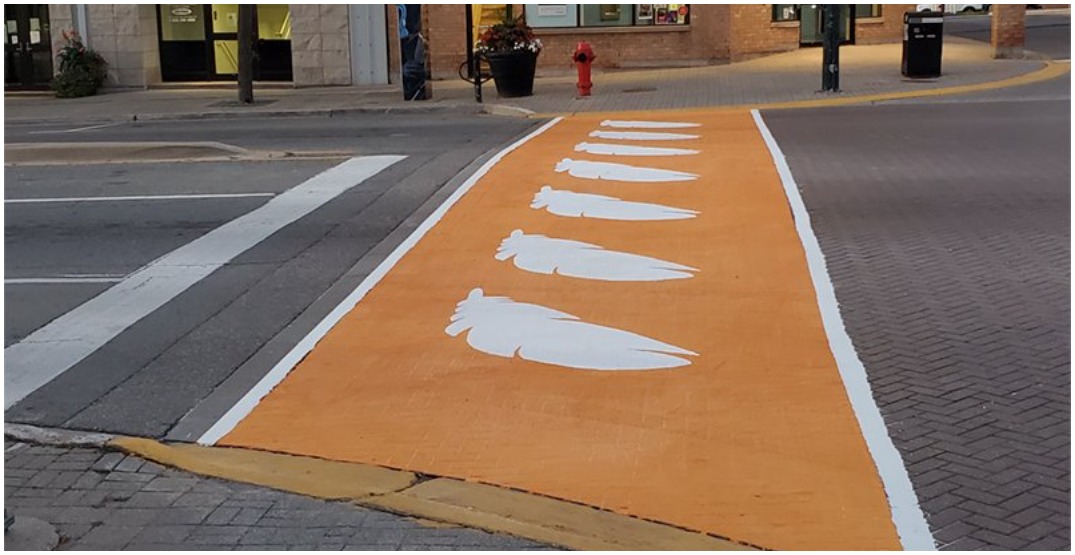 The “Stand With Asians Coalition” wants to see an orange crosswalk painted in Burnaby to commemorate the victims and Survivors of residential schools, as well as to raise awareness of the importance of Truth and Reconciliation.

The Burnaby-based group has written a letter to the Burnaby mayor and council.

The coalition says the idea came about after something similar was done in Ontario. And just recently, the town of Gibsons, BC, installed an orange crosswalk.

“In June this year, Canada was terribly shaken by the horrific discovery of 215 children’s remains at the Kamloops residential school. According to the Truth and Reconciliation Commission’s 2015 report, Canada’s Residential Schools: Missing Children and Unmarked Burials, there are over 3,500 unmarked graves in Canada,” says Doris Mah, co-founder of the Stand with Asians Coalition.

She adds, “While I would like to commend the city’s effort to partner with the Stand With Asians Coalition (SWAC) in June and to set up the shoe memorial at the Burnaby Civic Square, there is still a lot of work that needs to be done to truly address meaningful Truth and Reconciliation.”

SWAC organized the memorial and Mah says over a hundred pairs of shoes were donated to the nine First Nations groups based in Burnaby.