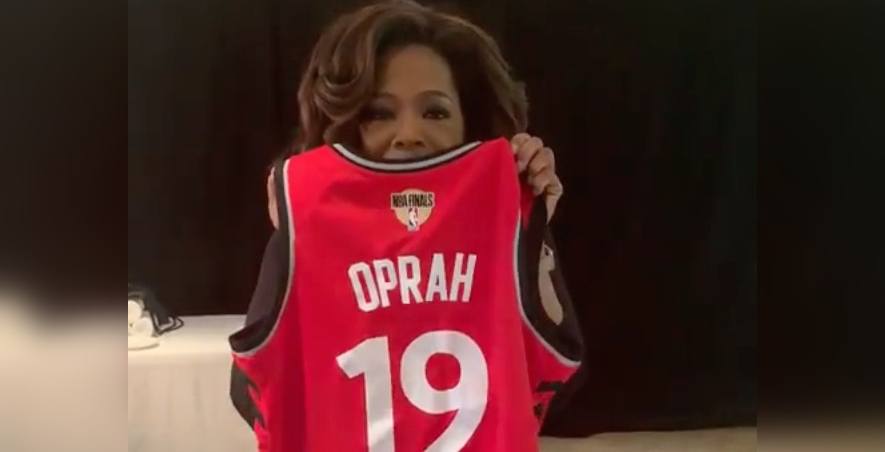 Even one of the world’s most recognized media moguls has hopped on the Raptors bandwagon.

Before her show at the Bell Centre in Montreal on Sunday night, a video was posted to Oprah’s Instagram showing the American actress, TV show host, producer, and philanthropist debating wearing a ‘pink dress’ or Raptors gear for the Canadian crowd.

The red looks good on the media executive — Drake might have some competition as Global Ambassador next year.

“Everyone says Canadians are kind and that was proven especially true in Montréal tonight,” reads the video’s caption. “Thank you for giving me your Sunday night, I loved being with you. Enjoy the Toronto @raptors parade tomorrow!”

Winfrey has embarked on a multi-city Canadian tour, where she’ll be sharing her key lessons and the personal stories that helped set the course for her best life.

Titled “Oprah Winfrey Presents: Your Path Made Clear,” the tour was expected to kick off in Toronto last week but was cancelled due to the NBA Finals schedule.

Winfrey will now head west for shows in Calgary on June 19, Edmonton on June 20, and Vancouver on June 24.