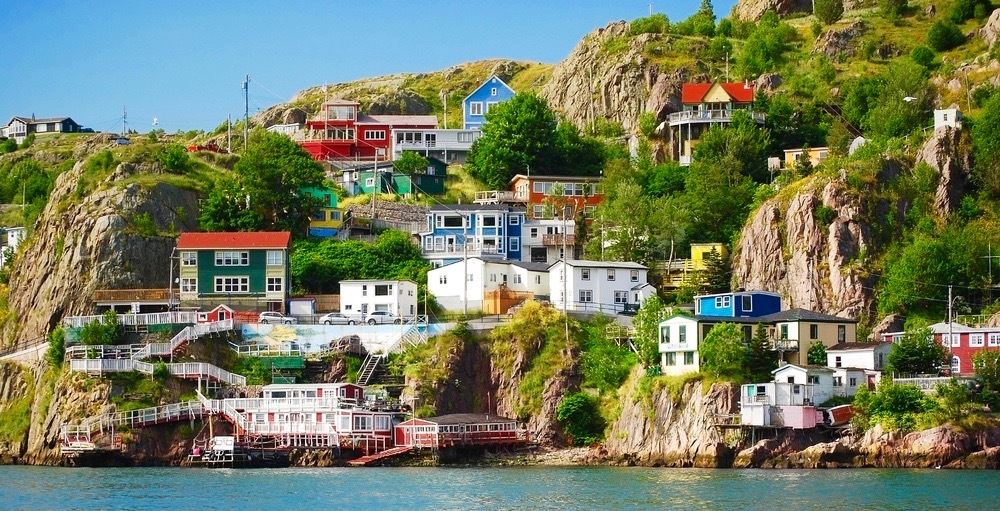 It starts with an N, rhymes with “goofy,” and for years it’s been the subject of a debate you might not have known about – but it was definitely a part of my childhood.

The word is “Newfie.” You’ve heard it said, and maybe you’ve even said it yourself as a way of identifying Canadians who come from the oddly-shaped island of Newfoundland on the East Coast. If you grew up in Newfoundland, and especially if you’re an ex-pat, you’ve probably been called a Newfie more times than is worth counting. 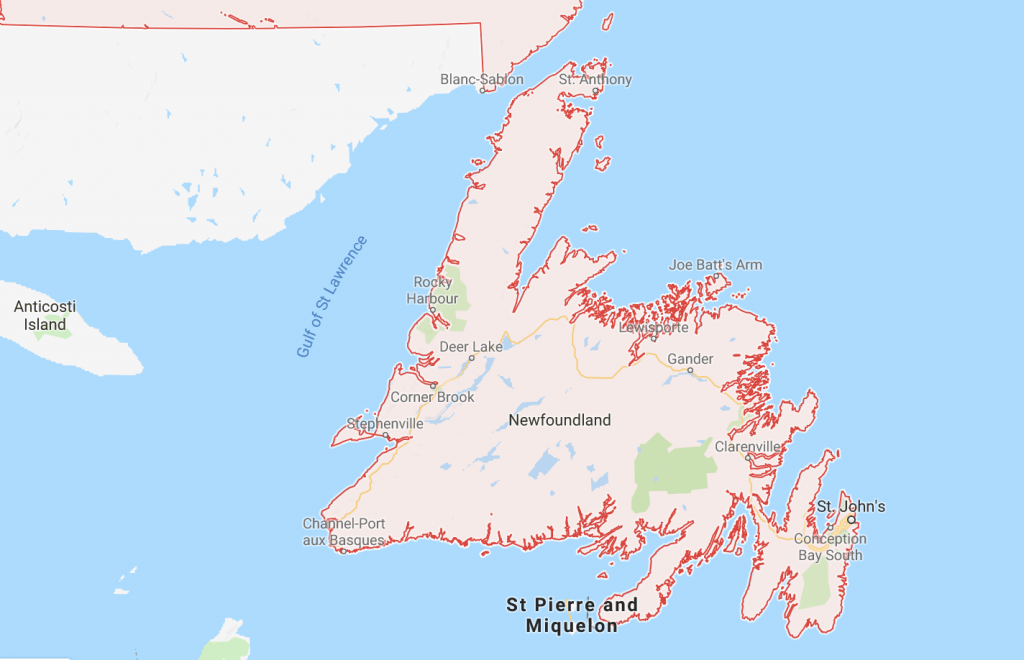 (As you can see from Google Maps, Newfoundland looks a bit like a five-year-old kid drew it on the map in crayon, with an arrow pointing to it that says ‘giraffe.’)

Many Newfoundlanders embrace the term as their own and don’t mind hearing it said by others. But to some, it’s offensive, and an insult that harkens back to the island’s bad old days, even if that’s not the intent.

‘Newfie,’ some will tell you, has been used in the past as a derogatory term to make fun of Newfoundlanders as stupid, lazy, oafish, drunk, or some combination thereof. This argument stems from both the history and geography of the island. Its position at the easternmost tip of North America made it the ideal hop-off point for migrants from the lower classes of Ireland, England, France, Spain, and who-knows-where-else. Newfoundlanders had to develop a thick skin, as they were often the butt of jokes.

This type of self-defensive attitude is far more prevalent in older generations of Newfoundlanders. In speaking with them, you might hear stories about how people have looked down on the ‘quirky islanders’ for decades, even as recently as the 90s, when cod fishing was still the dominant industry – until it wasn’t. The cod stocks collapsed, jobs were lost by the boatful, and a whole new wave of isolationist thinking set in as Newfoundland & Labrador’s economy regressed. Calling someone a ‘Newfie’ in those days would have earned you a very hard stare (at best), and perhaps a hard punch in the mouth (at worst). 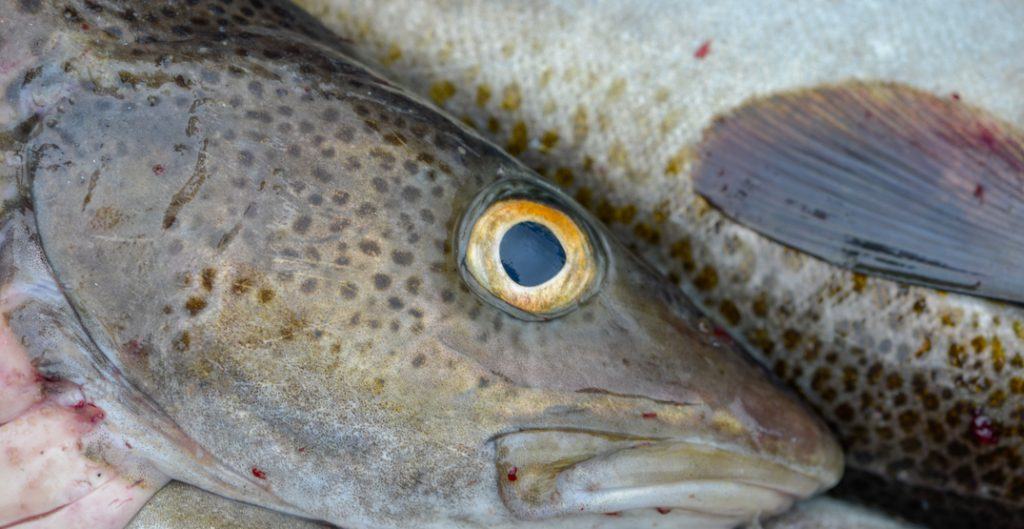 Nowadays, the millennial generation growing up in Newfoundland tend to share a bit of a different worldview. There seems to be less fear about what others think of us on the national stage. If anything, we’re becoming one of Canada’s cool kids. Living in Toronto, when I tell people that I come from Newfoundland & Labrador it’s usually met with one of two responses:

We can also add in a 1b) that ends with “the weather was crap.”

In either case, these responses are occasionally preceded with “Oh, you’re a Newfie?” And without fail the word is said with a grinning affection, like the person is on a private joke with me. Most of the residual bad blood surrounding the term has disappeared entirely, or at the very least people seem oblivious to it. And to be fair, Newfoundlanders have reflexively thrown around the term ‘mainlander’ for as long as I can remember, using it to take the piss out of… well, just about anyone that’s not from there. We’re equally guilty of using dismissive nicknames.

But the ‘Newfie’ debate flared up again a few months ago, around the time of Anthony Bourdain’s tragic suicide. Not long before his death, the official Twitter account of Bourdain’s show Parts Unknown, which had just aired an episode set in Newfoundland highlighting the island’s cuisine, published a (now deleted) tweet that shared an article featuring Newfoundland-related books and lingo, followed by the phrase “Embrace the Newfies as they are.” The tweet prompted a huge internet backlash, with the many Newfoundlanders who still find the term offensive making their voices heard, and then some.

Bourdain himself quickly jumped into the online discussions, urging people who thought of the word as a slur to consider the context, and – in language I hope he would approve of – stop being such prickly douchebags. Newfoundlanders were divided on both sides of the issue, many defending Bourdain and his obvious love of the island’s uniqueness, many others digging in and refusing to accept that there was any situation where using the term ‘Newfie’ was acceptable.

Newfoundland-born actor and comedian Jonny Harris, in a Facebook status shared by over 1.5 thousand people, aired his frustration over the harassment that Bourdain was facing prior to his death. He argued that it was beyond time to move on from the ‘Newfie’ controversy, and what he viewed as an overreaction to the word pointed to a preciousness that Newfoundlanders are not generally known for.

PC MP and Minister of Veterans Affairs Seamus O’Regan summed up the counter-argument about as succinctly as possible:

If you ultimately decide to use the term ‘Newfie,’ be warned that regardless of your intention, it’s considered by many Newfoundlanders to be a derogatory word. Those that take offence to the word might very well include the person you’re speaking to, or about.

Context is important, and so is knowing your audience.

This is a debate with many sides, and Newfoundlanders themselves haven’t reached a full consensus. I don’t count myself among those offended by the word, but then again, I think of Newfoundland as one of the cool kids – and I wear any association with ‘The Rock’ with pride.