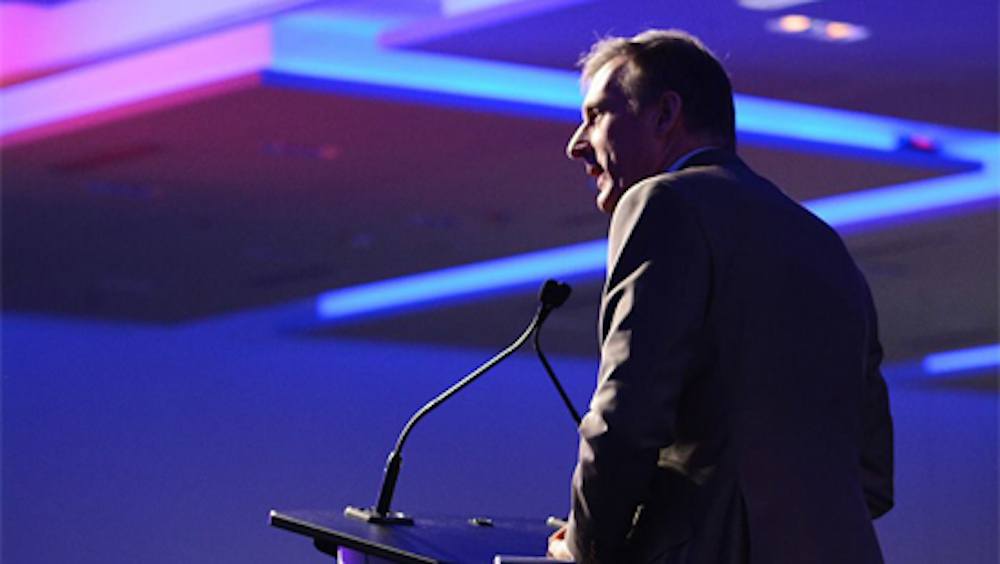 All of the major players in the Conservative Party of Canada (CPC) gathered in Halifax the last weekend of August to vote on their official policy platforms. Like all party conventions, it was filled with sabre rattling and base rallying in the lead up to the next federal election.

The day before the convention started, however, Member of Parliament Maxime Bernier called a press conference in Ottawa to announce that he was leaving the CPC to form his own, currently unnamed, party.

The division among the Tories is being welcomed by the other federal parties, and while Bernier will likely never be Prime Minister, he is another name in the growing list of social media savvy, right-wing populists who are keeping their particular brand of incendiary campaigning in legitimate spheres of politics.

The near hour-long speech aired out a series of grievances the Minister from Beauce, Quebec, fosters against a party he’s served with since 2005, when he stepped into the political legacy of his father with Steven Harper’s endorsement.

“As of today, I am no longer a member of the Conservative Party of Canada,” Bernier told the gathered press. “I want to do politics differently. I will find another way to give a voice to millions of Canadians. And I will continue to fight for Freedom, Responsibility, Fairness and Respect.”

The litany of issues with the CPC lauded his signature – and probably most valid – complaint against the party: supply management. Bernier’s battle to end costly-government quotas on dairy, poultry and eggs, and more general push for a libertarian-principled conservative movement, are what put him in this situation in the first place.

Bernier was a success under the years of federal conservative rule, holding the positions of Minister of Industry and Minister of Foreign Affairs until he resigned from the latter role amidst a minor scandal – he left secret documents at Julie Couillard’s home, his then-girlfriend. Most recently he held a post in the opposition’s shadow cabinet, but was shuffled out quietly this April when a chapter of his unpublished book, accusing the CPC of calling him weak and (once again) railing against supply management, was released to his website.

However, it was his most recent and public beef with conservatives that was the last straw, both for him and the Tories. A series of ill-timed and/or ill-intended tweets against multiculturalism saw members of his own party, including leader Andrew Scheer, condemning him. The posts were made on the first anniversary of the violent protests and counter-protests in Charlottesville, Virginia, though Bernier has said he was unaware of the connection at the time.

4/ Having people live among us who reject basic Western values such as freedom, equality, tolerance and openness doesn’t make us strong. People who refuse to integrate into our society and want to live apart in their ghetto don’t make our society strong.

“Maxime Bernier holds no official role in caucus and does not speak for the Conservative Party of Canada on any issue,” said Scheer in a statement released through his press secretary.

Despite all these setbacks, Bernier’s career has always been highlighted by his ability to punch above his weight. In 2017 he lasted until the final round of the conservative leadership race, which he lost by less than 2%. During the leadership bid, Bernier was the top fundraiser above all other candidates, Scheer included.

If he succeeds in creating a new party the fledgling movement will have only a small window to select and run candidates in Canada’s 338 ridings. With no conservative MPs expressing any desire to join, the ones he can field will be lacking in both name recognition and experience.

What Bernier does have going for him is the ability to use the internet to reach potential supporters when the press won’t do it for him. His libertarian ideals and ethnonational rhetoric are not new or original, but speak to conservatives and far-right leaning individuals who feel increasingly marginalized by the changing demographics of Canada.

Lib gov is creating social and economic problems with mass immigration, and is now proposing more costly and burdensome bureaucratic programs to deal with them.

The solution is instead to bring down immigration numbers to a SUSTAINABLE LEVEL that will facilitate integration. https://t.co/amH01qcJUP

An Abacus Data report broke down the potential impact Bernier could have shortly after his announcement. He has more potential support federally than both the Greens and the Bloc Québécois, polling at 13%. However, without the promised proportional voting from the Liberal Government, the Bernier party will only be significant in very specific ridings.

This means the damage he can do to his former party is extremely localized, but still significant. Both his former party and those on the left would be happy to dismiss him outright as a radical and inconsequential blip in Canadian politics. But the Abacus numbers show that he has an appeal too relevant to be quickly forgotten and too loud to be immediately silenced.

Conservatives will be hard pressed to find a means of soothing their former comrade’s rural supporters since they will need those votes in the next election if they want to unseat the Trudeau Liberals.

A Prime Minister Maxime Bernier will likely never form a government in Canada, but that certainly doesn’t mean anyone can afford to ignore him.