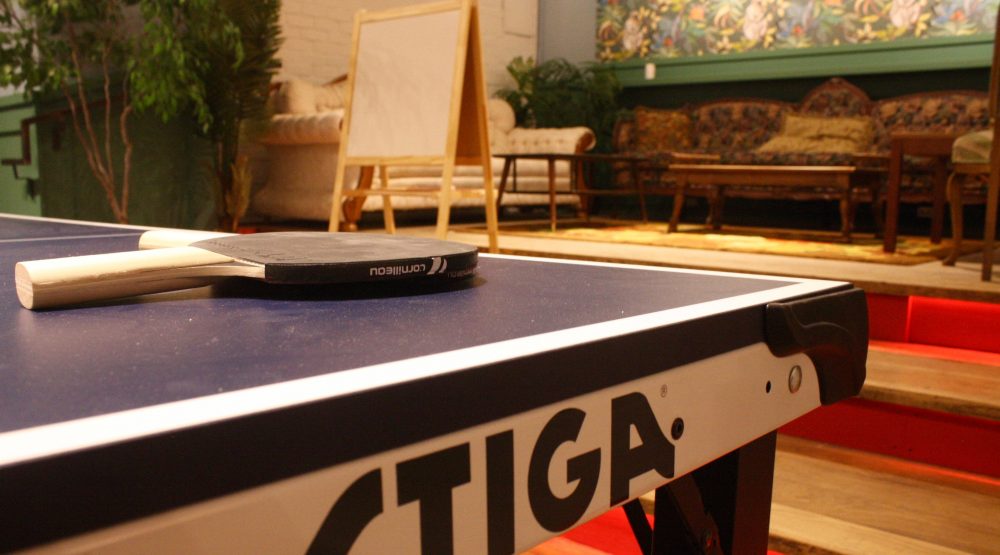 No, this isn’t your high school buddy’s basement – it’s much, much cooler.

Back and Forth Bar is located at 303 Columbia Street in Gastown, and soon it will be a must-hit destination if you’re into drinking, gaming, and eating foods from your angsty adolescent years.

Owner Regan Truong has made this residence-inspired spot his ode to straight up chilling. Patrons who head here can look forward to low-key, unpretentious fun, all while enjoying the surroundings of a lively bar adorned with exotic wallpaper and furniture your grandma would probably love.

The best part? This spot is set to open very soon – like March 1 soon. 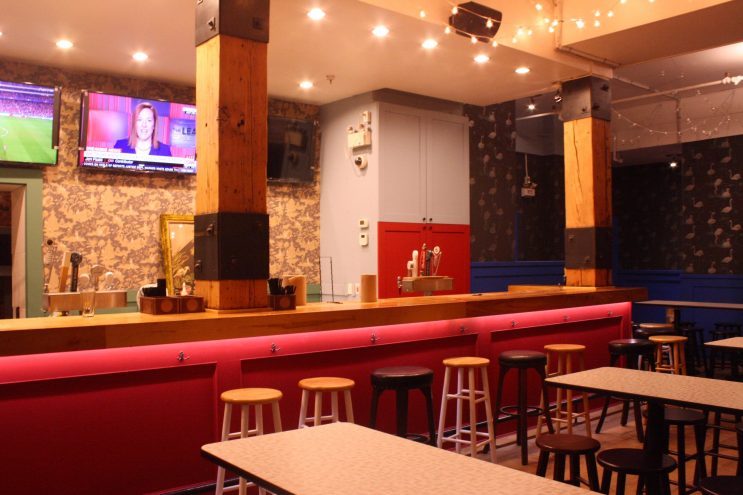 Truong was inspired by Toronto’s 416 Snack Bar, The Addisons Residence, Spin, and Apartment 200. The born-and-raised Vancouverite wanted to give the city something he felt the nightlife scene was lacking, so from December to now, he’s been working tirelessly with his team to unveil the ultimate lounge-meets-bar hangout.

When patrons step into the 150 person-capacity room they’ll be delighted to see six TIGA ping pong tables which can be reserved online ahead of time for a fee – which vary depending on the day of the week – along with a TV dedicated to NES (Nintendo Entertainment System) Classic, which people can play using wireless controllers as they sit at the bar or at the old school cafeteria-style tables.

Add chess, checkers, Cards Against Humanity, and Pictionary to the mix, and this venue has all the makings of an epic game night. 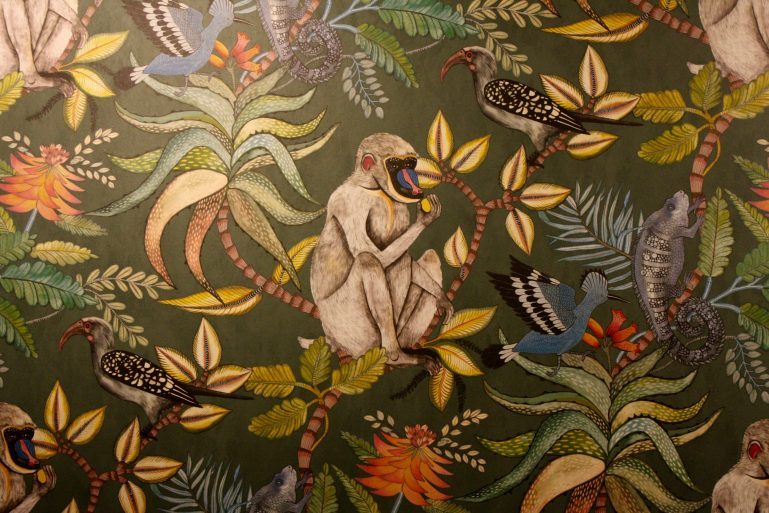 The drink list here is lengthy and includes a large selection of draught beers such as Twin Sails, Phillips, Parallel 49, Fuggles and Warlock, and Alexander Keith’s to name a few. Back and Forth will also have Roaring Twenties wine on tap, Lonetree Cider, and a seriously well-stocked selection of hard liquor behind the bar including crowd favs Jameson, Crown Royal, Patron, and Hennessy.

There are some things Back and Forth will not have: cocktails (including caesars), DJ nights, and a dance floor (but that’s not to say they wont allow an impromptu one). This spot will, however, will have a daily happy hour from 4 to 6 pm offering $4 sleeves and highballs. 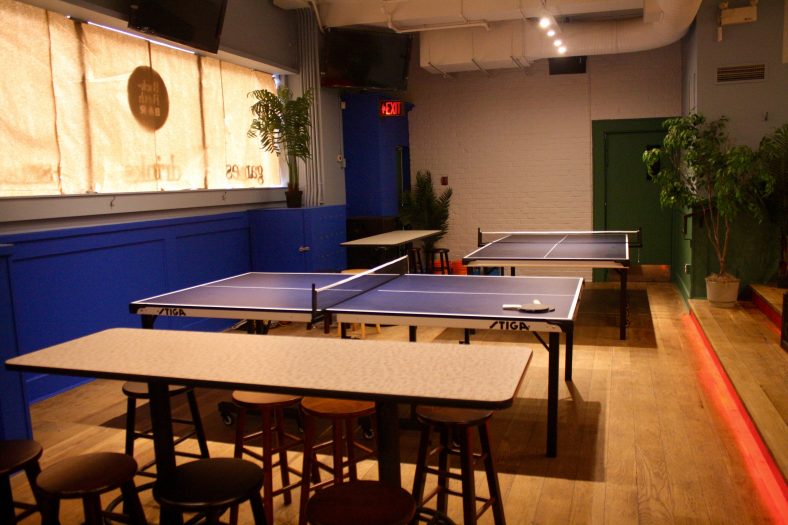 If there isn’t a Canucks, Raptors, or big televised sports game on, the TVs behind the bar will be left on the Cartoon Network – which you can watch while you’re eating the Pizza Pockets, pepperoni sticks, bags of chips, Chef Boyardee Beefaroni and Ravioli, or multiple varieties of noodles in a cup from the bar’s small food menu.

None of those items get you excited? Well, you’re free to order food right to the door of Back and Forth and enjoy it while sitting inside the bar without any penalties.

“Dominos Pizza, poutine – whatever you want to bring in here – we’re totally cool with it,” says Truong.

People can also roll into the bar with food already in hand – cough shawarma cough. 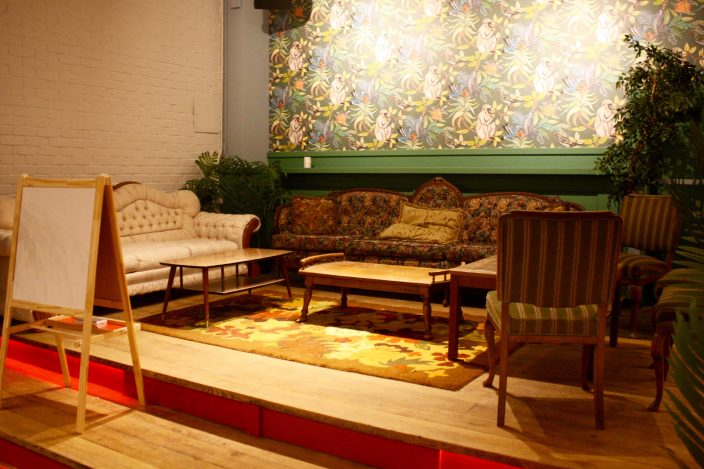 It’s evident that Truong’s laid-back disposition has resulted in the comfortable atmosphere of Back and Forth. Previously, he worked for the Donnelly Group in both Vancouver and Toronto, so when it came to embark on his own venture, he had the experience and knew exactly what he wanted.

Looking at the drinks, food, music, and shabby chic eclectic aesthetic, there’s really no telling what the best part of Back and Forth Bar is – all we know is that this bar already feels like home, and it’s a refreshing and exciting addition to Gastown’s buzzing nightlife scene.

Check out details about games, rates, and policies online, and come March 1 follow the sound of A Tribe Called Quest to lead you straight to Back and Forth. 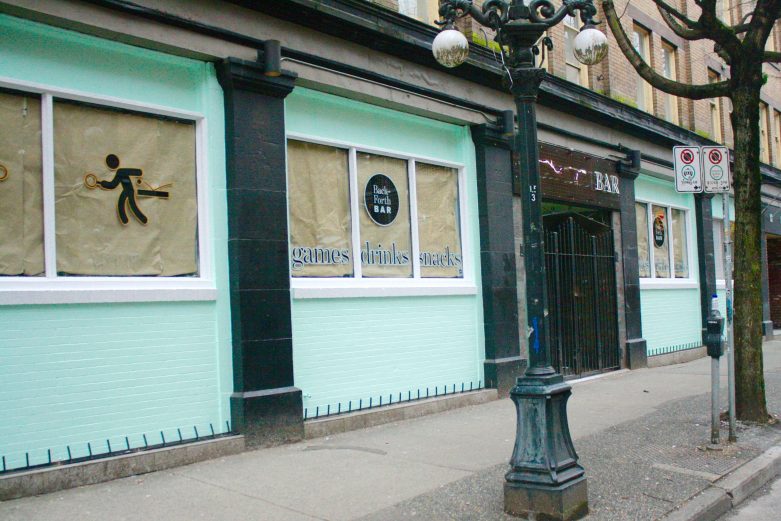 Back and Forth Bar