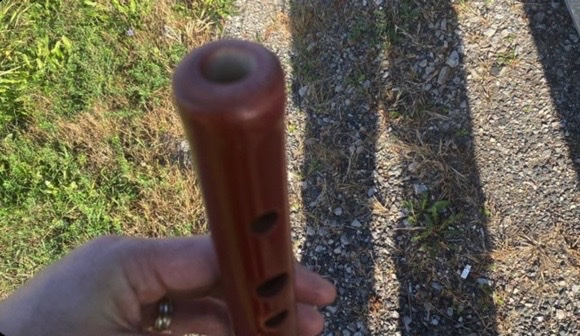 They say practice makes perfect, but there’s a time and a place to do it.

An Ontario driver was caught by police in Burlington playing the flute with both hands while at the wheel.

The Halton Regional Police Service (HRPS) in Burlington shared the news on Twitter on Wednesday afternoon, tagging the post #FlutesAndDrivingDontMix.

Flutes are a member of the woodwind family of instruments, not brass as some people believe.
However, this driver certainly showed some brass in attempting something you might see Mr. Bean doing.

According to HRPS, a traffic officer was conducting distracted driving enforcement and was expecting it to be a call related to a cell phone.

The officer was surprised to see the driver playing a flute with both hands.

He seemed to be playing along to an iPod while he was driving.

Traffic officer was conducting distracted driver enforcement today and was expecting a cell phone from this driver. A little surprised to find the driver playing his flute with both hands and following along to an IPod while driving!Charged!!#FlutesAndDrivingDontMix ^mb pic.twitter.com/qQJntk6T1K

The driver has been charged.