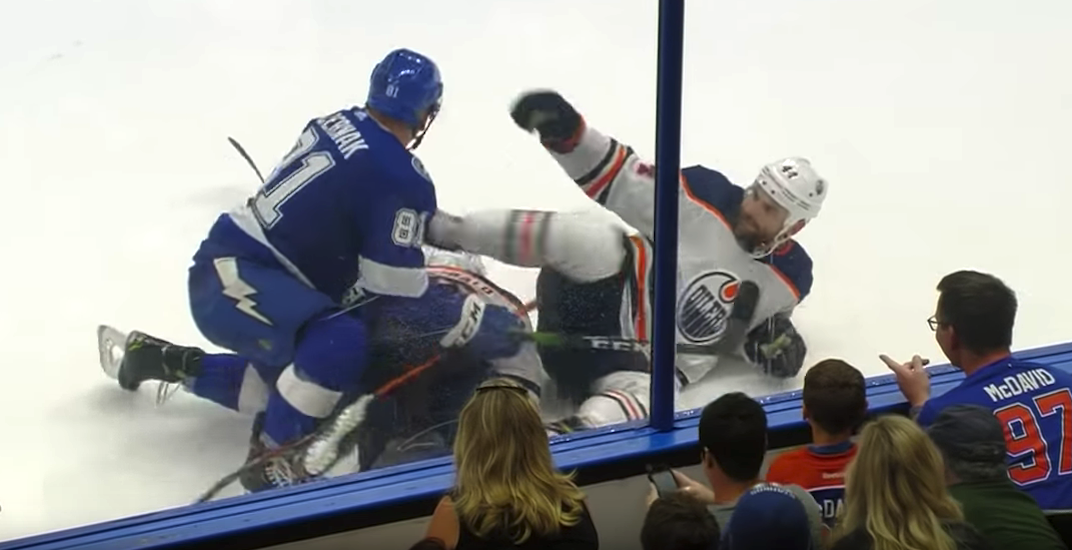 Zack Kassian is in trouble with the NHL (again), this time for kicking Tampa Bay Lightning defenceman Erik Cernak.

The Edmonton Oilers forward pushed his skate blade into the chest of Cernak, during a three-player pileup in Thursday’s game. Cernak was uninjured on the play, but it’s likely the use of a sharp blade in that manner is something that the NHL will punish severely.

Kassian was offered an in-person hearing by the league, but has opted to conduct it over the phone this afternoon instead.

Zack Kassian has waived his right to an in-person hearing. A phone hearing will be conducted this afternoon.

*Update: Kassian has been suspended for seven games by the NHL. Deemed a repeat offender, the Oilers winger will forfeit $166,463.43 in lost salary.

In-person hearings are typically a precursor to a lengthy ban, as the NHL must offer one for any suspensions lasting six games or more.

The timing is less than ideal for Edmonton, as they also lost Connor McDavid to injury earlier in the week. Kassian has had an eventful season, scoring 30 points in 52 games, helping him earn a four-year, $12.8 million contract two weeks ago, which came not long after picking up a two-game suspension for an incident with Matthew Tkachuk.