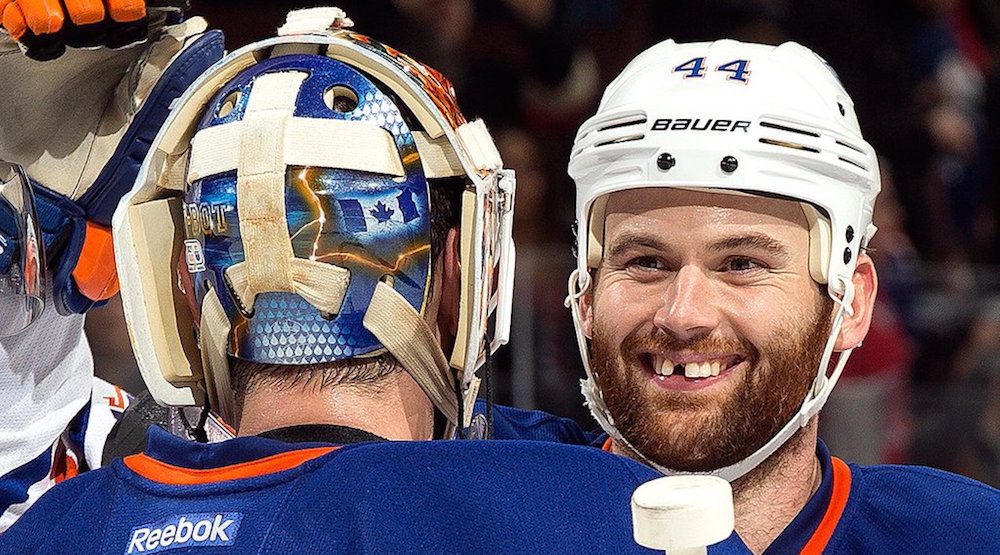 As the Calgary Flames and Edmonton Oilers gear up for the Battle of Alberta tonight, Zack Kassian might be coming in hot after his contract was just extended.

According to TSN’s Bob McKenzie, the Oilers have re-signed Kassian to a four year contract worth $3.2 million per season.

While we ponder what may or may not happen between Zack Kassian and Matthew Tkachuk in the EDM-CGY game tonight, Kassian has reason to be happy. The pending UFA F has a new contract extension — AAV of $3.2M — with the Oilers.

The Oilers right-winger has scored 13 goals and has 15 assists in 44 games so far this season, and is coming off a 3-year, $1.95 million contract.

Kassian — most commonly known for his size and strength — has been an asset to the team this season, combining his physical game play with his ability to score goals.

It looks like someone should let Tkachuk know that he can expect to keep seeing Kassian around, as the Battle of Alberta continues.