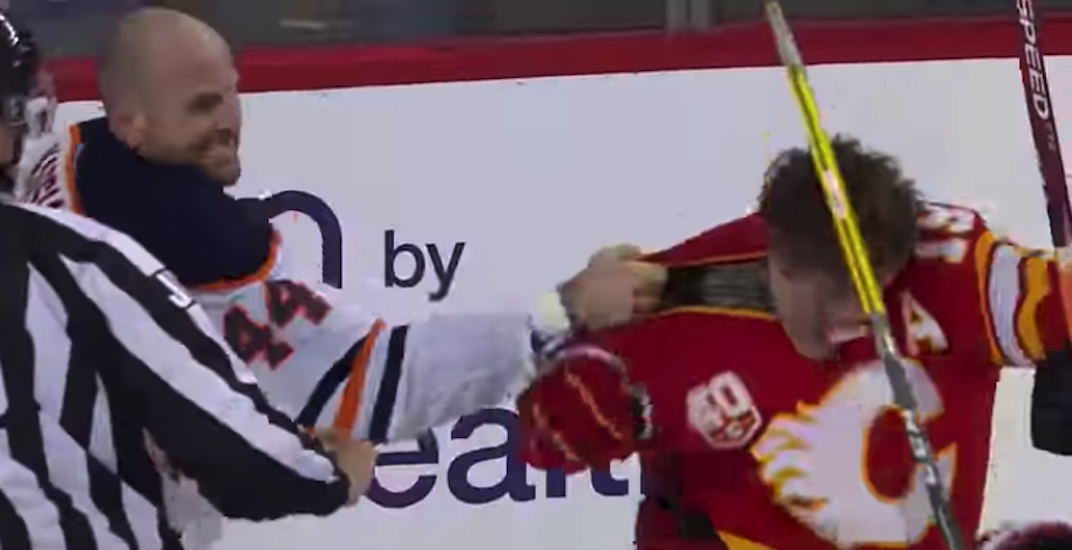 Kassian will forfeit $20,967.74, with the money going to the Players’ Emergency Assistance Fund.

Tkachuk nailed Kassian with a big bodycheck late in the second period, which had the rugged Oilers forward incensed. Kassian dropped his gloves before rag-dolling Tkachuk to the ice and throwing multiple punches. Meanwhile, Tkachuk didn’t fight back, and that’s why Kassian is in trouble with the league.

While the NHL tolerates fighting, it has stiffer penalties for targeting “unwilling combatants.”

“Players are not excused from grossly violating league rules in retribution or retaliation for hits thrown on them, legal or otherwise,” the NHL Department of Player Safety announced.

Kassian received a double minor for roughing and a 10-minute misconduct on the play. The penalty hurt the Oilers, as the Flames scored the winning goal on the ensuing four-minute power play.