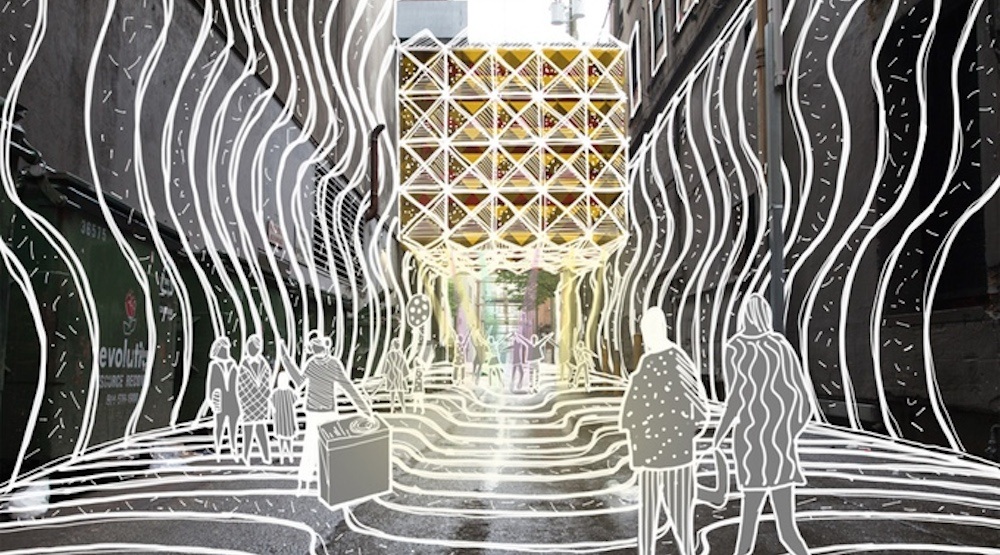 Another laneway in downtown Vancouver will be redesigned into a vibrant and active pedestrian-friendly public space to complement the Granville Entertainment District.

On Wednesday, the Downtown Vancouver Business Improvement Association (DVBIA) announced its plans to convert the laneway behind the Orpheum Theatre, dubbed Ackery’s Alley, into a space for socializing, public performances, activations, and art installations.

The entire laneway, including the overhanging bridge that connects the theatre with its Granville Street entrance, will be renovated with rear building facades decorated with “psychedelic” paint, artful signage, gold paneling and other reflective metals, projection walls, and a 10-foot diameter glowing orb. 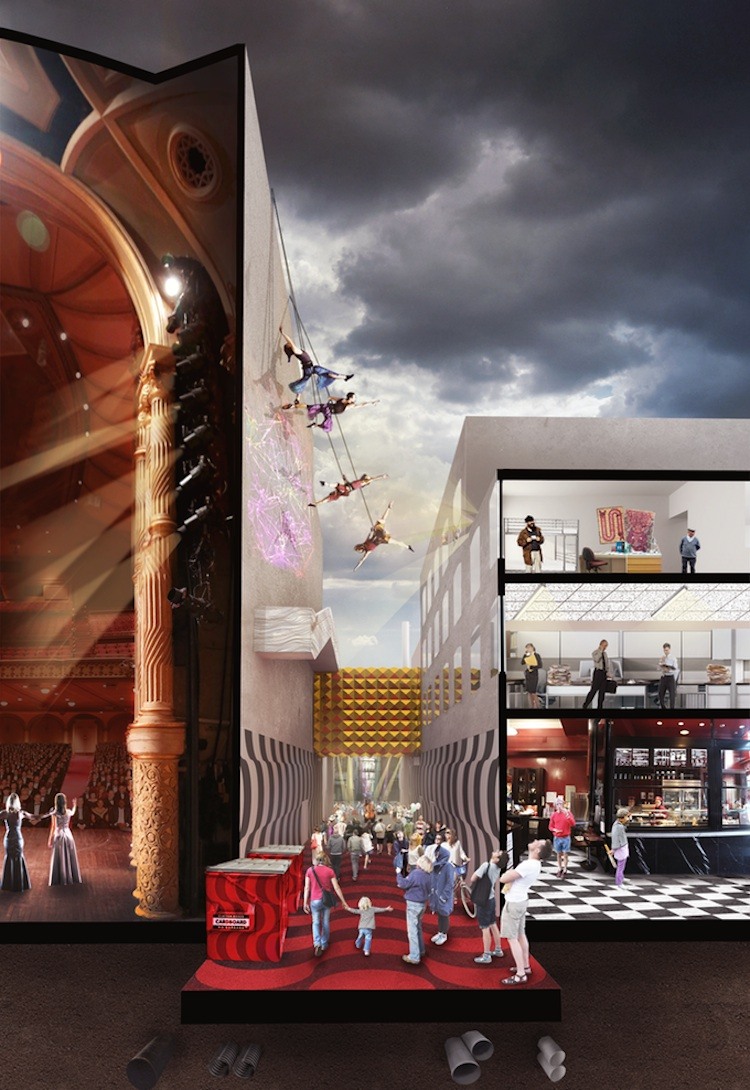 “Human connection is at the core of rich urban experiences. By creating interactive public spaces, we can foster connection and social exchange,” said Charles Gauthier, President and CEO of the Downtown Vancouver BIA, in a statement.

“We hope this project inspires the people of Vancouver and also those outside our city who want to try something similar in their own communities.”

But it could be even better…

The necessary funds for a baseline retrofit have already raised, but the redesign could go much further if it’s able to find another $35,000 through crowdfunding to cover the cost of FIELD, an interactive public art installation by renowned international artist Alex Beim.

Sensors placed in the laneway will detect the presence of a person, changing colours and emitting sounds in reaction to movements made by passersby and visitors. 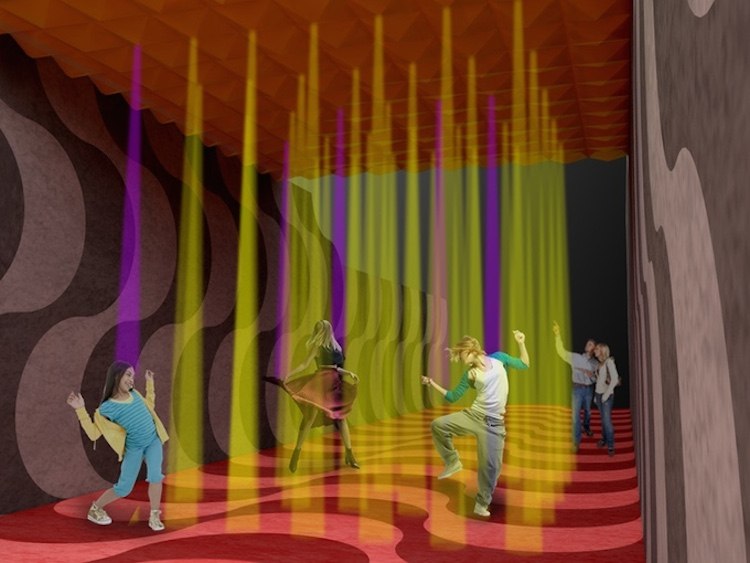 “I can see people coming together and experimenting with FIELD – dancing and creating something that is completely unexpected,” said Alex Beim, artist and director of local firm Tangible Interaction.

“I think Vancouver needs more spaces that create conversation and connection. This installation will bring people together in that way, and it would be amazing to get the funding to make this happen.”

At the time of publishing, with 27 days remaining, the crowdfunding campaign has already raised nearly $10,000 of its $35,000 goal.

Ackery’s Alley will be downtown Vancouver’s second activated laneway following last year’s transformation of the Alley-Oop laneway near West Pender Street, between Granville Street and Seymour Street, behind the Odyssey Nightclub. Some work is currently being done to Alley-Oop to enhance the space ahead of the busy summer season.

Following the renovation of the Ackery’s Alley, the focus will turn to another project at the laneway north of Robson Street between Burrard and Thurlow streets.

All three laneway revitalizations are part of a pilot project with a combined initial budget of $200,000.

Partners in the pilot project include the DVBIA, City of Vancouver, HMCA Architecture + Design, and other local businesses. 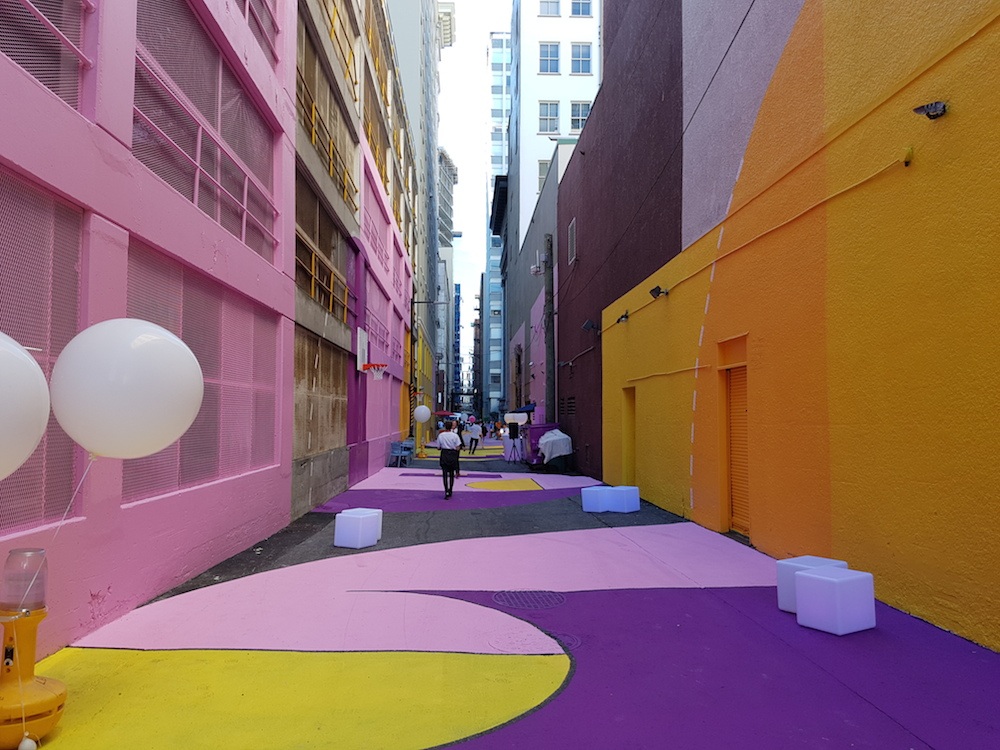 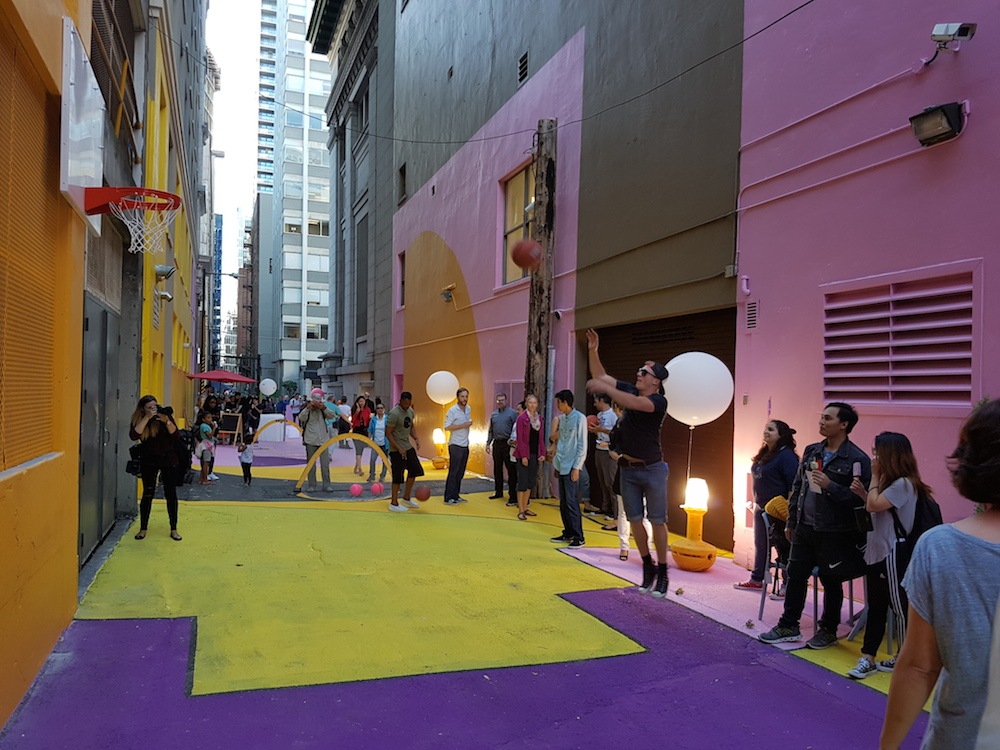