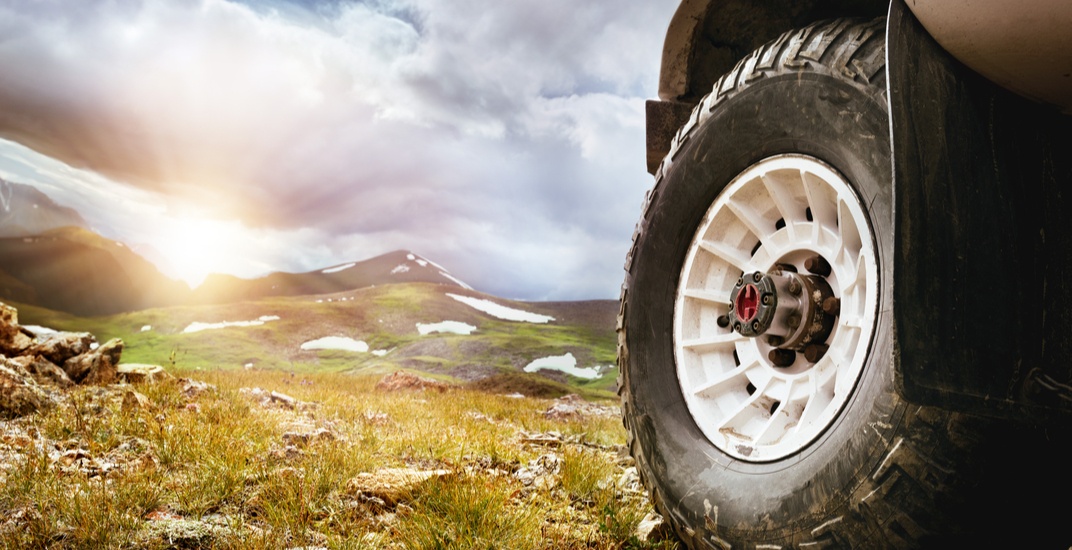 If you were planning on going off-road in the BC backcountry this long weekend, you might need to think again.

As of noon on Friday, the BC government has banned all off-road vehicles for recreational purposes in certain fire centres affected by wildfires.

As well, all on-highway vehicles must stay on defined road surfaces.

“During the current wildfire situation, it’s crucial that we do everything we can to prevent human-caused wildfires,” he said in a release.

“Temporarily removing off-road vehicles from the backcountry is another component of our wildfire prevention strategy.”

According to the release, while jeeps, trucks and other on-highway vehicles are allowed on designated roads, they are not permitted off-road.

Anyone caught violating the ban faces a fine of $767, and if the contravention causes or contributes to a wildfire, they could be ordered to pay all firefighting and associated costs.

Note that the ban does not apply to private land or national parks, nor does it apply to emergency responders or to agricultural, commercial, industrial drivers.

Also as of Friday, the BC government has extended the provincial state of emergency due the wildfires burning in the Interior until August 18.

According to a release from the province, as of 9 am Friday, there are 122 wildfires burning in British Columbia.

As of 8 pm on Thursday, read the release, some 7,127 people were under evacuation orders, while another 24,957 were on evacuation alert.

Overall, an estimated 4,981 sq. kms. of land, equal to an area 43 times the size of the city of Vancouver, have burned so far this year.

For a map showing all the current wildfires and the boundaries of the fire centres, check the BC Wildfire Service Active Wildfires Map.