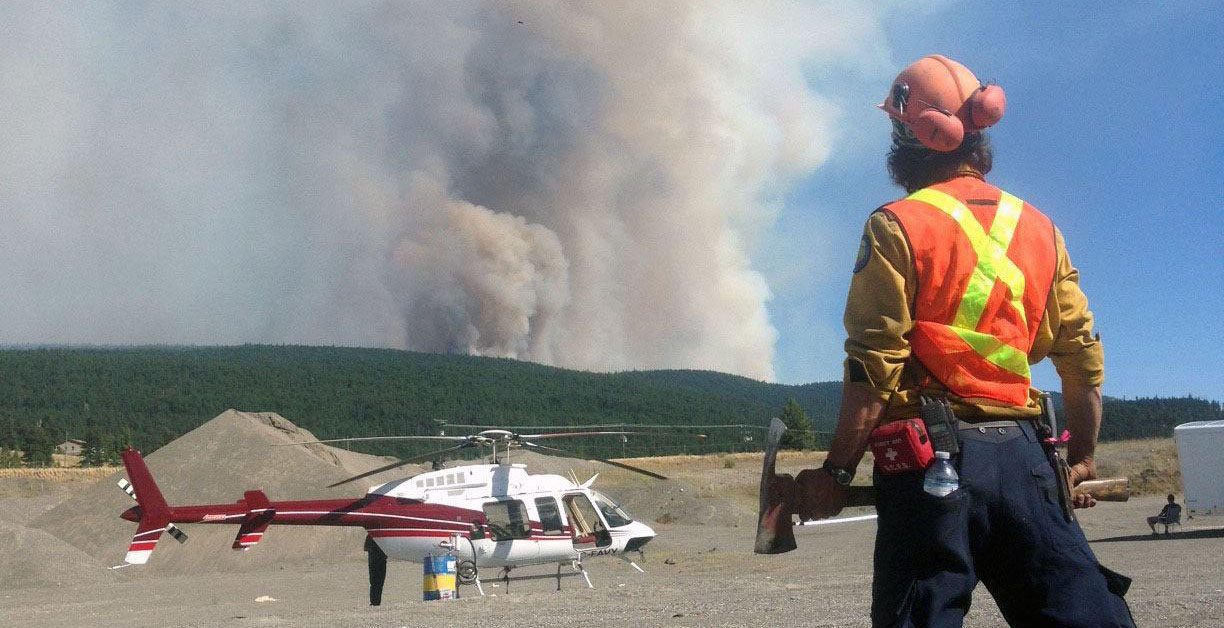 The BC government has extended the provincial state of emergency due the wildfires burning in the Interior until August 18.

The state of emergency applies to the whole province and allows federal, provincial and local resources to be coordinated to fight the fires.

The province will also continue to give $600 to each household evacuated every two weeks until evacuees can return to their homes.

According to a release from the province, as of 9 am Friday, there are 122 wildfires burning in British Columbia.

As of 8 pm on Thursday, read the release, some 7,127 people were under evacuation orders, while another 24,957 were on evacuation alert.

In his latest update on Thursday, Chief Fire Information Officer Kevin Skrepnek called the situation they are facing “unprecedented.”

“The 2017 season has been extraordinary in many ways, in many measures,” he said, citing the aggressive fire behaviour and hot and dry conditions across the province.

Skrepnek also took stock of the fact that back in early July, more than 200 fires had started within a period of 48 hours, adding an extra challenge to the wildfire efforts.

Overall, an estimated 4,981 sq. kms. of land, equal to an area 43 times the size of the city of Vancouver, have burned so far this year. That makes it the second most destructive wildfire season in BC’s history, said Skrepnek.

Some 3,800 people are working to fight the fires, he said, but the season is not over yet.

“It’s important to remember we are only in early August at this point, the season is certainly far from over,” he said.

“August is unfortunately typically one of our busiest months, so this current situation could get worse before it gets better.”