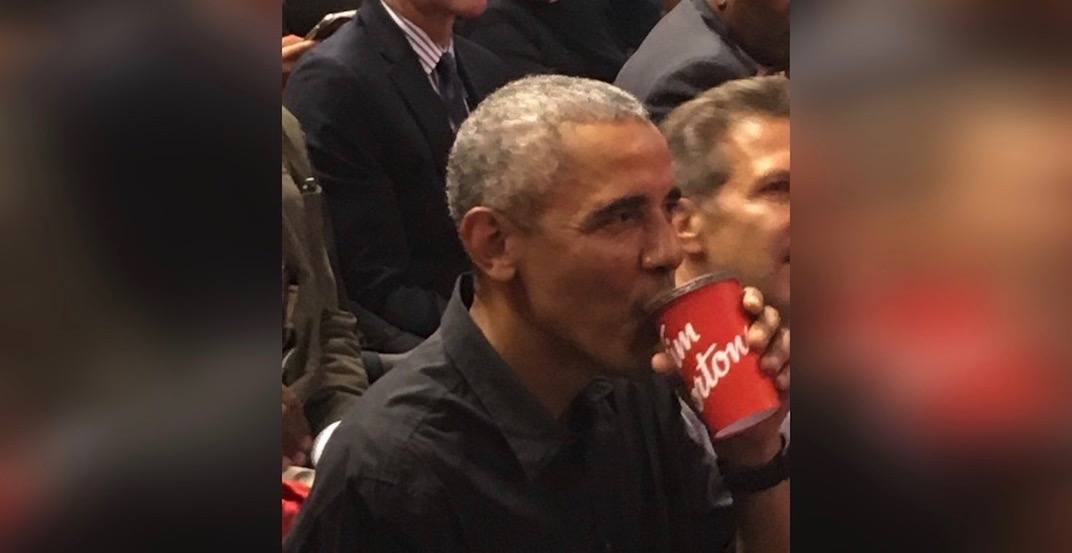 Barack Obama might actually be more Canadian than you, because even we don’t live and die for Tim Hortons’ cup of Joe.

The former President of the United States was spotted courtside sipping a beverage from Canada’s iconic coffee and doughnut chain during Game 2 of the Raptors-Warriors NBA Finals in Toronto.

Obama was one of many notable folks in the house for the June 2 game, which also drew stars like Shawn Mendes and of course, Drake.

The high profile politician was in Ottawa over the weekend catching up with none other than Justin Trudeau over a Canadian craft beer – looks like Obama is basically one of us, or at least when it comes to his beverage choices.