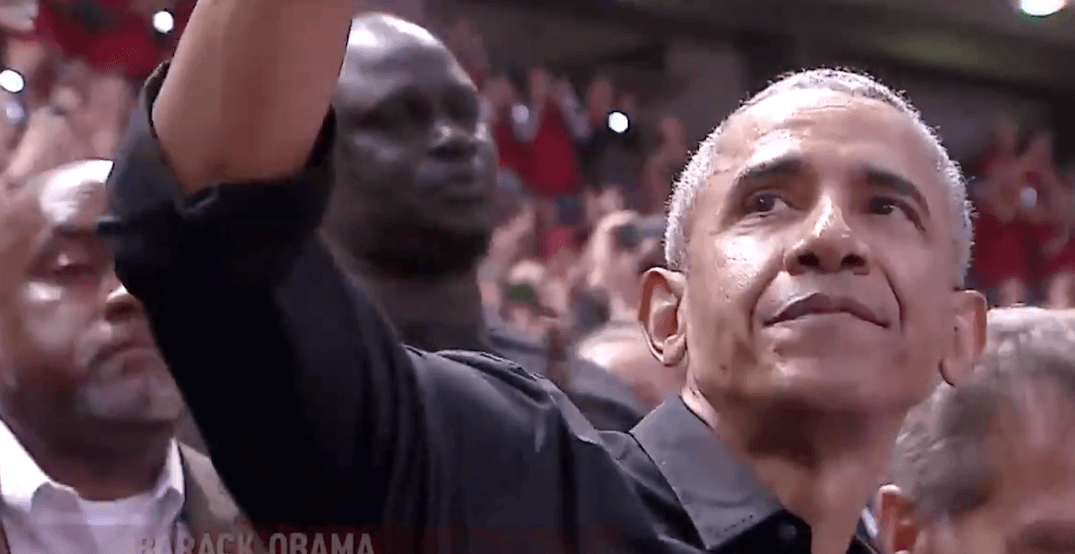 There was an unexpected MVP at the Toronto Raptors game on Sunday night.

The Raptors and Golden State Warriors played Game 2 of the NBA Finals last night, and in the crowd was none other than the 44th President of the United States, Barack Obama.

After grabbing a beer with Prime Minster Justin Trudeau in Ottawa on Friday, Obama was found casually sitting with NBA Commissioner Adam Silver at the Raps game.

And when the cameras showed him in the building, the Canadian fans gave him a warm — and huge — standing ovation.

As the Raptors called it, a “Presidential welcome.”

Not only did they give BO a standing O, the crowd then serenaded the former Prez with an MVP chant.

Safe to say, the Canadians in the building were pretty big fans of Obama.

Unfortunately, a disastrous third quarter lead to Raptors loss, leaving the series tied 1-1 as the teams now head to Oakland for Game 3 on Wednesday at 9 pm ET / 6 pm PT.