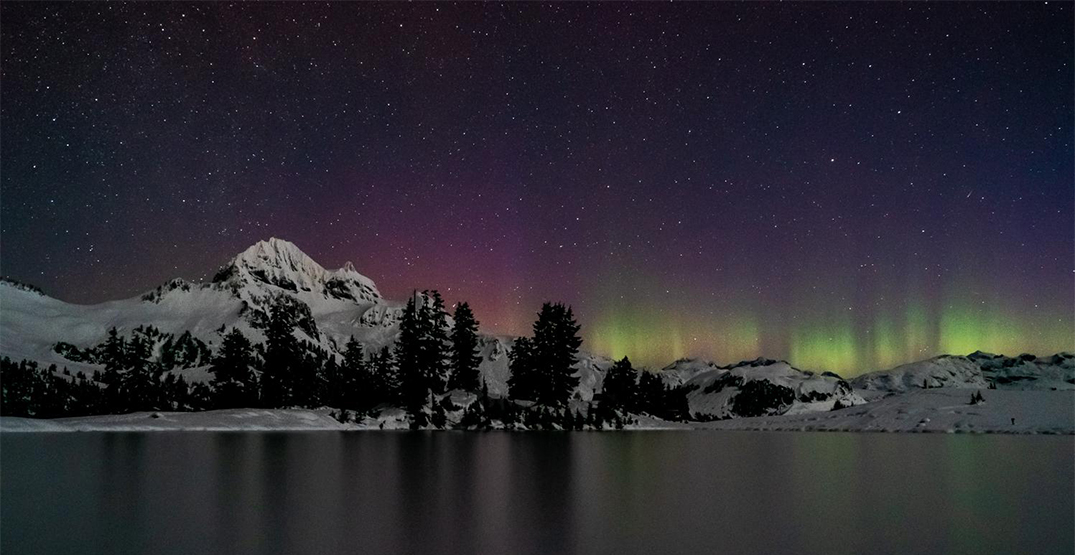 Many Metro Vancouverites who went aurora-watching came home disappointed on Friday and Saturday night. But the gorgeous green waves showed up north of the on Sunday.

Several photographers posted pictures of the Northern Lights’ Halloween appearance. They lit up the sky early in the morning to cast a beautiful glow on the surrounding landscape.

Ian Morrow on the Sunshine Coast captured the aurora framing the coastal mountains:

Nathan Starzynski camped at Elfin Lakes and woke up every 90 minutes to eventually catch a gorgeous photo at 6:30 am:

Someone hiking Panorama Ridge on Sunday morning also spotted them:

Photographer Justin Choquette captured them glimmering over some snowy mountains:

And Benjamin Thomas Haab took his horses out to create an epic shot in Fort St. John:

All the excitement over the Northern Lights came after the US National Oceanic and Atmospheric Administration (NOAA) predicted a coronal mass ejection from the sun would hit the earth’s magnetic field over the weekend.