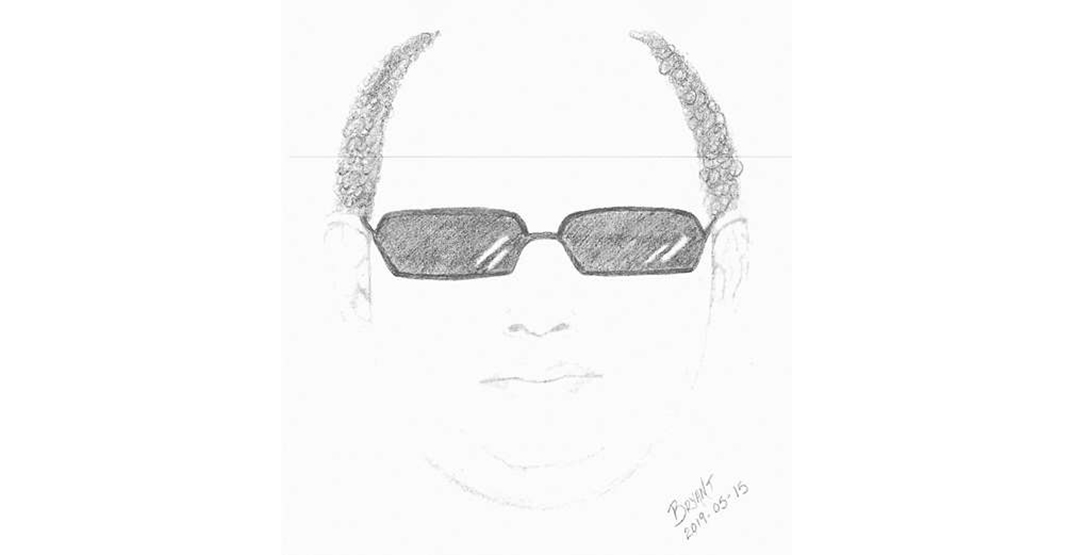 A composite drawing of the suspect (North Vancouver RCMP)

North Vancouver RCMP are warning the public about a man who exposed his genitals to a young female, and are asking for the public’s help in finding and identifying him.

According to police, the incident happened on Wednesday, May 15, at 3:40 pm, when a man who was driving alone in a silver SUV, approached a 13-year-old girl in the 200 block of 27th Avenue West in North Vancouver.

He allegedly called her over to his vehicle “on the pretense of asking for directions,” police said.

When she approached the vehicle, the man “made a lewd comment and exposed his genitals.”

The girl then ran away and was not physically harmed, police sad.

The suspect is described as a Caucasian man, between 40 and 50 years old, balding with brown hair on the sides, a double chin, and a “slight accent of unknown origin.” At the time of the incident, he was reportedly wearing black sunglasses and a blue and white zippered sweater.

Police have also released a composite drawing of the suspect in the hope that someone will recognize him and contact police.

“We want parents and children to take extra precautions until we can track this man down, said North Vancouver RCMP Sgt. Peter DeVries in a release. “It’s a reminder for parents to talk with their kids about how to increase their safety in public.

Police said this incident “bears a resemblance” to similar reports on the North Shore in the past year.

And while police are continuing to investigate the possibility that these incidents are linked, “they are currently treating them as separate.”

Anyone with information about this crime or the suspect is asked to call North Vancouver RCMP Const. Aaron Land at 604-969-7510.