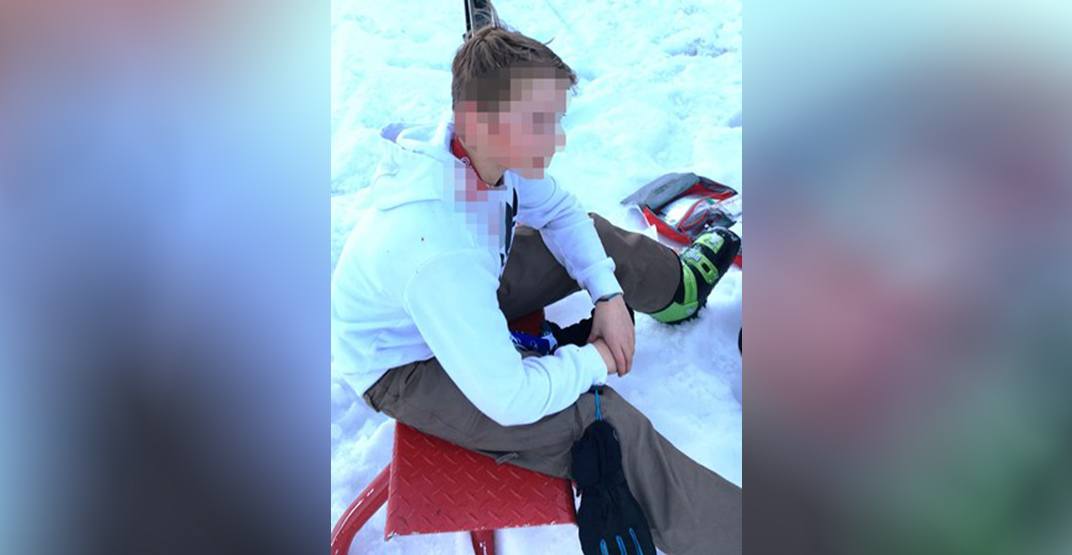 This 13-year-old's skull was punctured by a ski pole. (North Vancouver RCMP)

RCMP in North Vancouver are renewing their appeal for any information on an incident at Grouse Mountain this past March, which left a 13-year-old with a serious head injury.

“We’ve exhausted all available investigational avenues,” said Sgt. Peter DeVries at a press conference on Wednesday. “In order to move forward with the investigation, we need more information.”

The incident took place on March 30, just before 7 pm, on a run at the resort called “The Cut.”

The youth was skiing with a friend, and “was on the bottom-third of the run, to the left of the Screaming Eagle chairlift,” said DeVries. “The youth swerved to avoid another skier, believed to be an adult male of unknown age. As he did so, the male struck the youth with his ski pole.”

DeVries said thus far, police “have been unable to gather any evidence” to indicate whether this was an intentional act or accidental act. “The adult skier was described only as wearing a yellow ski jacket,” he added.

The tip of ski pole struck the youth in the the temporal bone and “it actually punctured his skull, and entered approximately three centimetres,” DeVries said.

Despite the impact, the youth didn’t fall, continued to keep skiing, “and wasn’t actually aware of the injury until he got to the bottom of the run,” said DeVries. “Once he was there, an unidentified woman noticed his injury and offered her help. We would like to speak with the woman who helped him.”

Over the next few hours, the youth’s condition deteriorated, “and he was ultimately brought to [BC] Children’s Hospital,” said DeVries.

Police are also asking the skier involved in the incident “to do the right thing, and come forward, and anyone who knows the adult skier involved to please contact us.” 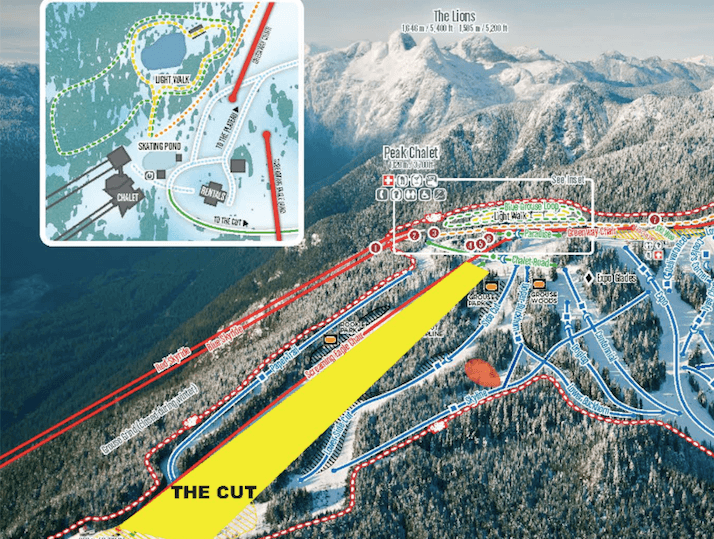 The boy’s father also spoke about the incident, and his son, on Wednesday.

“We didn’t know at first that this was a traumatic brain injury,” he said. “We had a CT scan done at the hospital, and the CT scan revealed a bullet-sized hole in his skull.”

When the doctor-on-call showed him the CT scan, “and I saw the fragments, I saw the hole is his skull, and I saw the pool of blood in his brain – you freak out as a parent.”

The youth spent four days in intensive care at BC Children’s and “almost needed emergency brain surgery to save his life – but he didn’t, he pulled through.”

As a parent, he continued, “you have to be able to look your kids in the eyes and say ‘we’ve done everything we can to try and make this right.'”

Eight weeks into recovery since the incident, the boy’s father said the youth has “been able to return to school for an hour or two a day.”

However, the “return to sport and play is still sometime away – maybe 9 months, maybe 12 months,” he said.