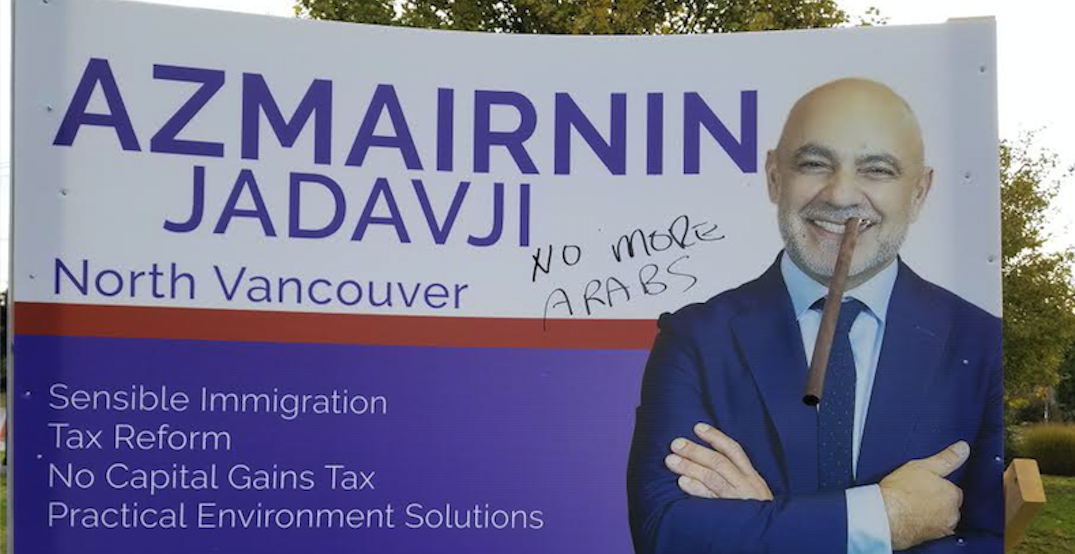 A candidate for the People’s Party of Canada (PPC) in North Vancouver said racist graffiti discovered on some of his election signs is “uncalled for and an affront to North Vancouver.”

On Thursday, Azmairnin Jadavji said the RCMP informed his campaign office on Wednesday that racist graffiti including  “Go Home Arab,” “Sand Ni***r,” and  “No More Arabs” was found written on his campaign signs.

Jadavji said North Vancouver RCMP opened a file on the case, and Sgt. Peter DeVries confirmed this to Daily Hive on Thursday. 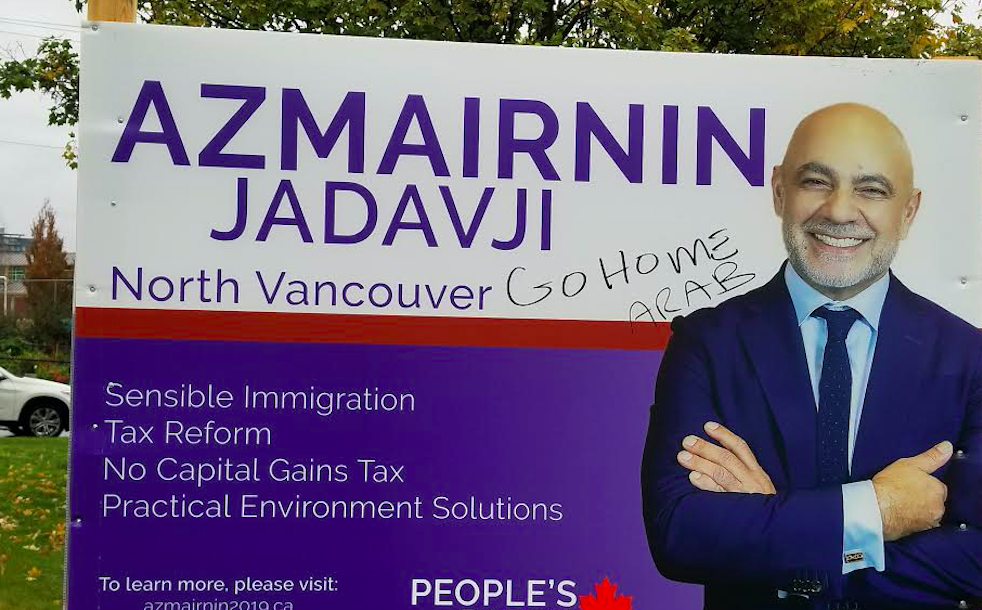 In the meantime, Jadavji said he “was shocked and disappointed that in this age and time, someone will make such derogatory and irresponsible comments, on the edge of committing a hate crime. I represent the People’s Party of Canada that stands for equality of all people.”

Jadavji said campaign volunteers “worked hard” to put up campaign signs and “share the message” with constituents in North Vancouver.

“We have door-knocked thousands of doors and distributed campaign literature indicating the PPC platform and information on the candidate,” he continued. “We expected people to make an informed decision and vote accordingly.”

Jadavji said and his team “never expected that someone will express hate against a candidate… who has been living on the North Shore for the last 18 years and running a successful business for over 30 years creating jobs and contributing to our economy, communities and the cultural mosaic.” 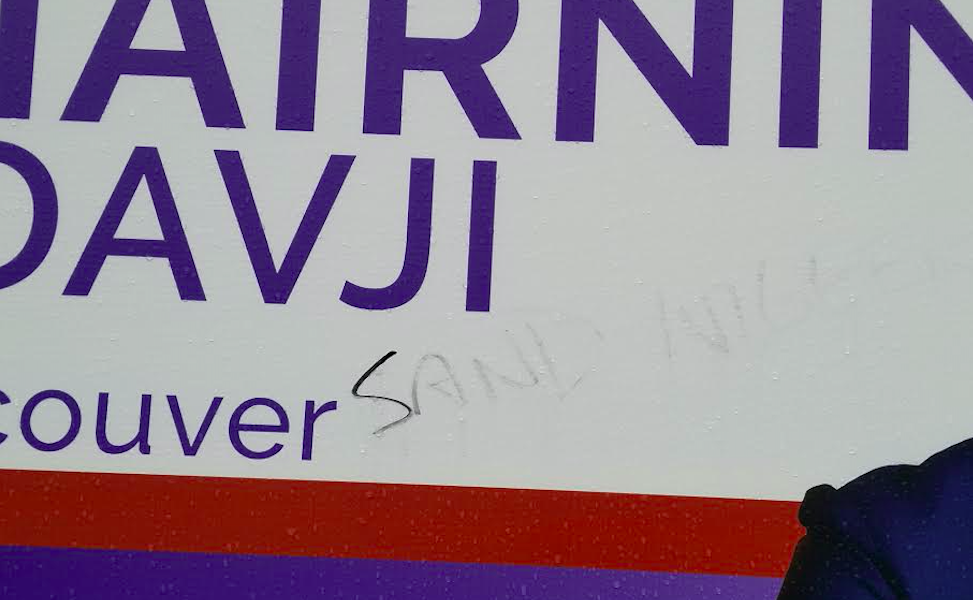 The father of four said he is “running to contribute back to the community, help make Canada and its future even brighter” for generations to come.

“I am a proud Canadian and I strong voice on issues important to Canadians,” said Jadavji.  “I want to contribute and represent the good people of North Vancouver in our Parliament to represent the important issues to Canadians and help find the practical solutions to issues such as environment, transportation, economy, healthcare among others.”

And although he called the incident “sad,” Jadavji  said, “such hateful graffiti is not going to discourage me from doing my job.”