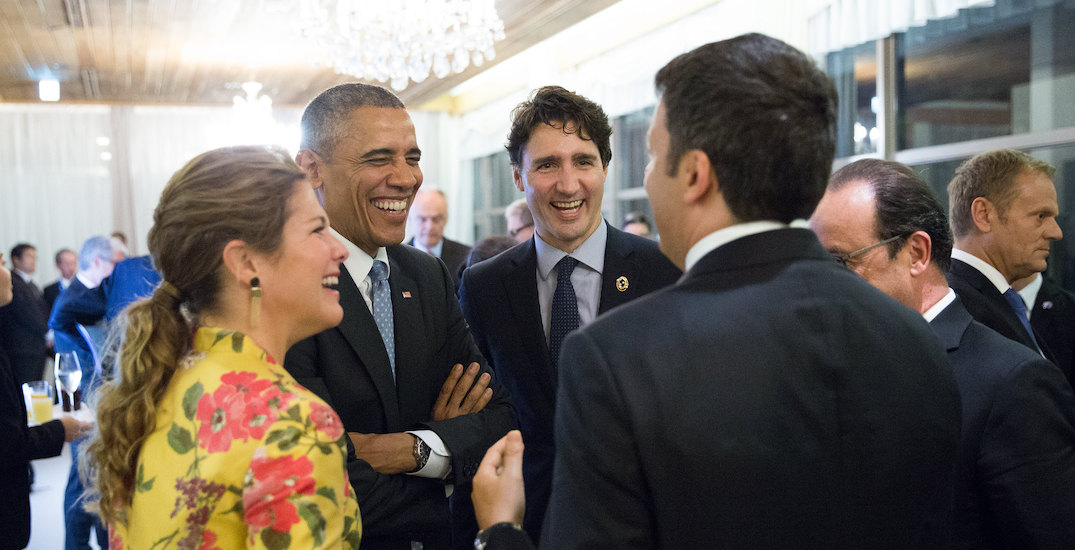 Trudeau with former President Obama at the G7, 2016/ Adam Scotti

On Wednesday, Obama voiced his support for Trudeau on Twitter as the clock ticks down to election day next Monday with the prospect of the Liberals or Conservatives being forced to form a minority government.

Liberals are hoping Obama’s endorsement will convince some progressive voters to cast their ballots for their cause as polls suggest many are leaning toward the NDP and Greens.

Yet the former president’s words have also caused controversy at a time when concerns about foreign interference in democratic elections is top of mind for many governments and voters.

Asked during a campaign event Thursday in the Quebec riding of Trois-Rivieres whether he or his team asked Obama for the endorsement, Trudeau would only say that the former president “makes up his own mind.”

“I was happy to be able to work alongside Barack Obama on important issues around the globe, including, significantly, the fight against climate change, and I’m working really hard to be able to continue that work over the next four years,” Trudeau said.

“I was obviously happy to hear his words yesterday, but nobody tells Barack Obama what he should do.”

Trudeau added that the last time he spoke to Obama was in the spring when the former president, who also previously endorsed Emmanuel Macron’s successful bid for the French presidency, delivered a speech in Ottawa.

Trudeau was scheduled to campaign Thursday in Quebec, where the Bloc Quebecois’s sudden resurgence is posing a threat to the Liberals’ ability to form another majority government.

While some of the post-election discussion has started to shift toward the scenarios in which either the Liberals or Conservatives would be able to form a minority government, Trudeau refused to weigh in, saying he remained focused on winning a strong Liberal government.