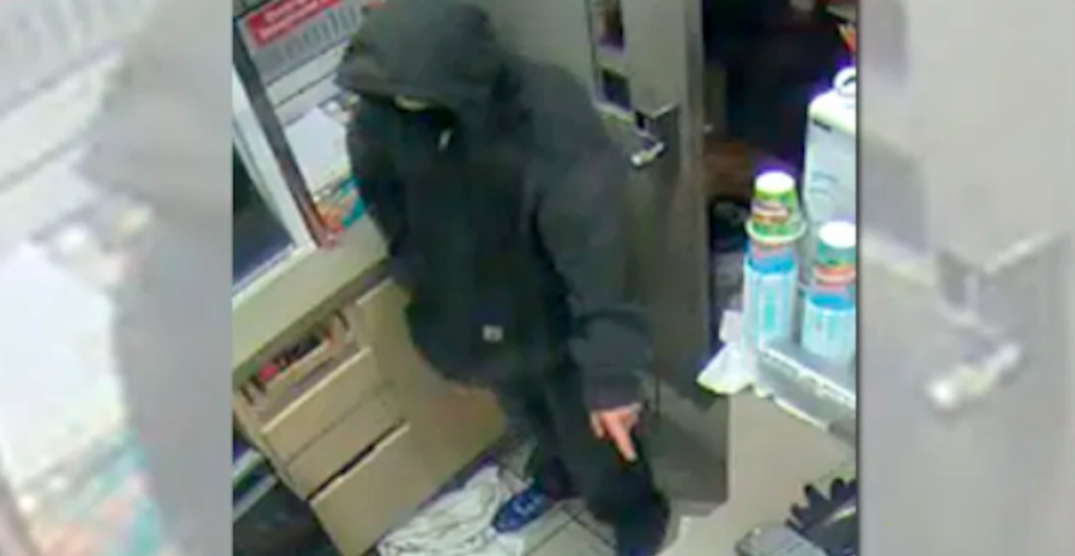 North Vancouver RCMP is warning the public about a string of knife-point robberies and are seeking assistance in identifying the person responsible.

According to North Vancouver RCMP Sgt. Peter DeVries, the suspect may be responsible for eight robberies between April 3 and April 11, 2020.

In each case, the suspect “wears a mask over the lower half of his face and a hood over his head, presents a knife, demands cash, lottery tickets and cigarettes, and then leaves on foot,” said DeVries. The suspect is described as light-skinned, in his early- to mid-twenties, and around 5’5″ to 5’10″ tall.

DeVries said the similar incident and suspect descriptions in each case have led investigators to believe the same suspect may be responsible for all eight crimes.

Five of these robberies happened within the first three days, DeVries noted. “After those first couple of days, the frequency began to taper off. Investigators hoped this was due to stepped up uniform patrols and follow up investigations.”

The most recent robbery happened on April 11 at a fast food restaurant in Lower Lonsdale.

And while the suspect may have slowed down in his spree, “it appears he’s not stopping.”

And it’s for this reason, DeVries said, that police are now warning local businesses and asking for the community’s help to identify him.

“He seems to be targeting gas stations, convenience stores, and fast food restaurants, so we’re warning those businesses in particular,” DeVries noted. “North Vancouver is a tight-knit community. People here look out for one another, so we feel confident that working together we will be able to stop him.”

In the meantime, police are asking anyone who may have information on the incidents and/or the suspect to contact the North Vancouver RCMP Serious Crime Unit at 604-985-1311.