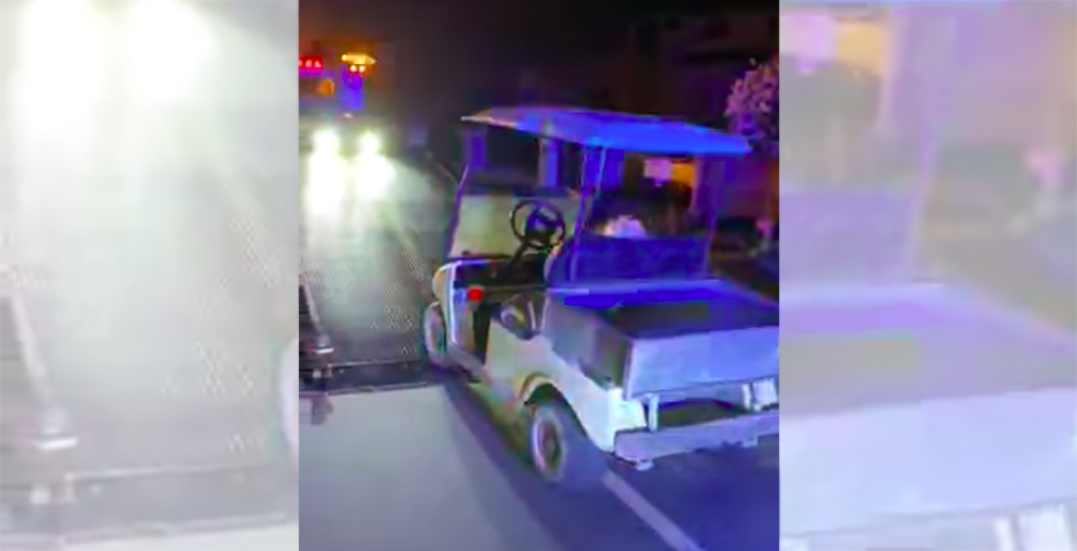 The Delta Police Department (DPD) is reminding the public that while roads “may be quieter than normal… all the normal rules of the roads apply.”

That message needed extra enforcement on Tuesday morning when an allegedly impaired motorist was found driving a golf cart down a city street.

An officer reports driving southbound on 52nd Street near 12th Avenue at approximately 2:51 am and noticed a golf cart driving north.

“Wondering why a golf cart was being driven on the roadway, the officer activated his emergency equipment and pulled it over, to check for the driver’s insurance, license, and sobriety,” reads a post from the DPD.

When the officer approached the golf cart, the police officer reportedly detected the smell of alcohol. The driver of the cart was said to be “wearing a bathrobe and slippers.”

The golf car driver reportedly blew and subsequently failed a breathalyzer test. As a result, they were banned from driving for 90 days and the golf cart was towed.