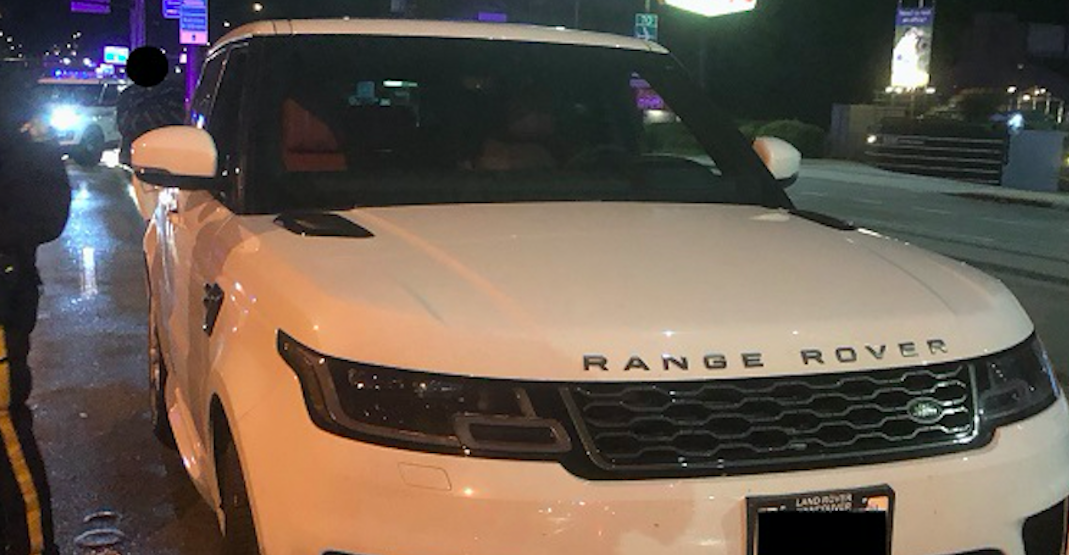 The vehicle that was stopped (North Vancouver RCMP)

An early-morning drinking-and-driving roadblock in North Vancouver captured known gang associates in possession of cash, drugs and a knife.

According to North Vancouver RCMP Sgt. Peter DeVries, the incident took place at approximately 3 am on May 18 while officers were conducting an impaired driving road check near Capilano Road and Marine Drive.

A newer model Range Rover approached, and the driver stopped and rolled down the window to speak to one of the officers.

While questioning the driver, DeVries said the officer recognized one of the occupants of the vehicle to be associated with the current Lower Mainland gang conflict.

During the subsequent investigation, the officer discovered a large amount of cash, two bags of what appeared to be illicit pills, and a knife. The cash, drugs and knife were seized, and the investigation is ongoing.

“Generally, this initial brief discussion our officers have with the person behind the wheel allows them to detect possible impaired drivers,” said DeVries. “But sometimes we find more than we’re looking for, and that’s a good thing.”

Police did not provide any further information as to the identity of those in the vehicle.