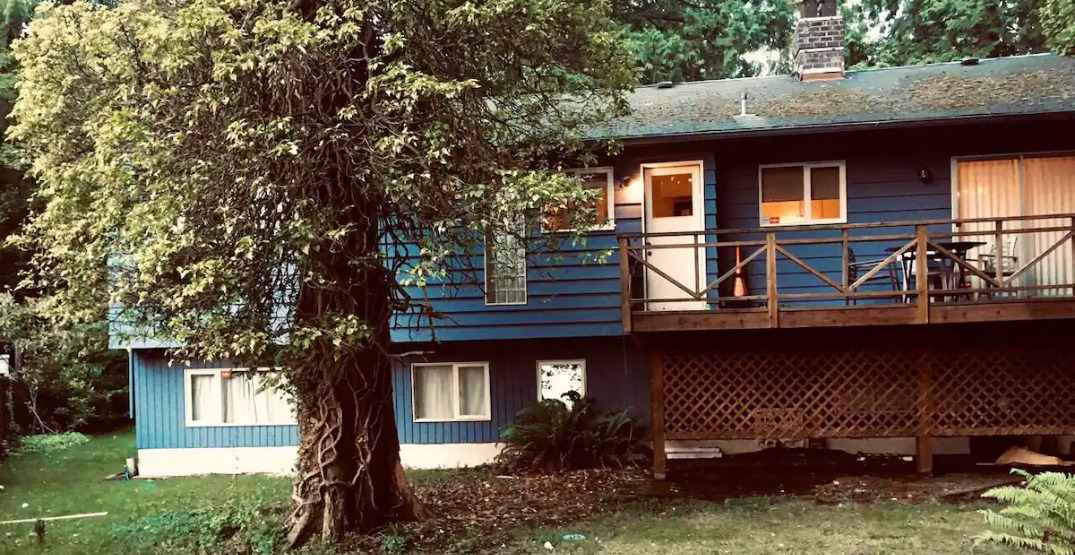 It’s a situation that would send a chill down the spine of most people, and it certainly gave a North Vancouver resident goosebumps when he saw an Airbnb ad for his home that he had absolutely nothing to do with.

It began last week. Howard Wong got the surprise of his lifetime when someone came knocking on his door past midnight in his quiet North Van neighbourhood.

The person had paid for an Airbnb booking at Wong’s residence, but it wasn’t Wong who created the listing.

“A guy with a mask on was violently trying to push and enter the door,” Wong told Daily Hive.

Wong called 9-1-1, but told Daily Hive that their response was disappointing.

“Police were telling me that there’s not much they can do.”

What Wong did find out through the North Van RCMP, was that they also got a phone call from the person who was trying to get in.

According to Wong, RCMP told him that the person who arrived at his home was there to quarantine after travelling into the city, dismayed that his destination was not letting him in. Wong says the RCMP asked him if he was running an Airbnb.

The issue became clearer to Howard after further investigation, when he was shocked to find pictures of his North Van home in an Airbnb listing.

Advertised as “Vancity’s Finest,” the listing is described as a private room in residential home hosted by Kayla.

Wong has no idea who Kayla is.

Wong also points out that the listing is incredibly cheap, making it an attractive place for a potential stay.

He told Daily Hive that his entire home was rented out sometime between 2019 and 2020, but the person who was renting it ended up forgoing the rental agreement.

He suspects that the person who was renting the home had listed the property on Airbnb during this time, and that’s how real pictures of his house were available. However, it is not clear whether his former tenant and the person behind this listing are related.

Airbnb regularly sends out emails with recommended places to visit and Wong says his home was featured in one of those emails, as one of the “top-rated homes.” 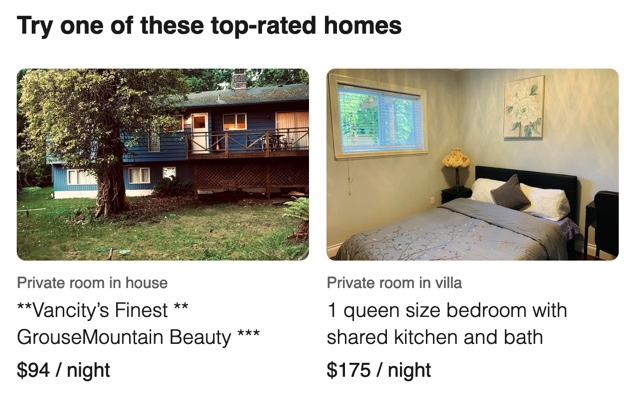 Wong has received a response from Airbnb, but only to say that they’re investigating. But, as of Wednesday morning, Wong informed Daily Hive that the ad was taken down, with no explanation as of yet from Airbnb.

In an email to Daily Hive, an Airbnb spokesperson said that this was a regrettable experience for the company.

“We are sorry to hear about this experience and have permanently removed the host’s account and the fraudulent listing from our platform. Fake and misrepresented homes have no place on our platform. We regret that this listing was included in a promotional email and are investigating how this happened.”

Daily Hive has reached out to North Vancouver RCMP for further comment.