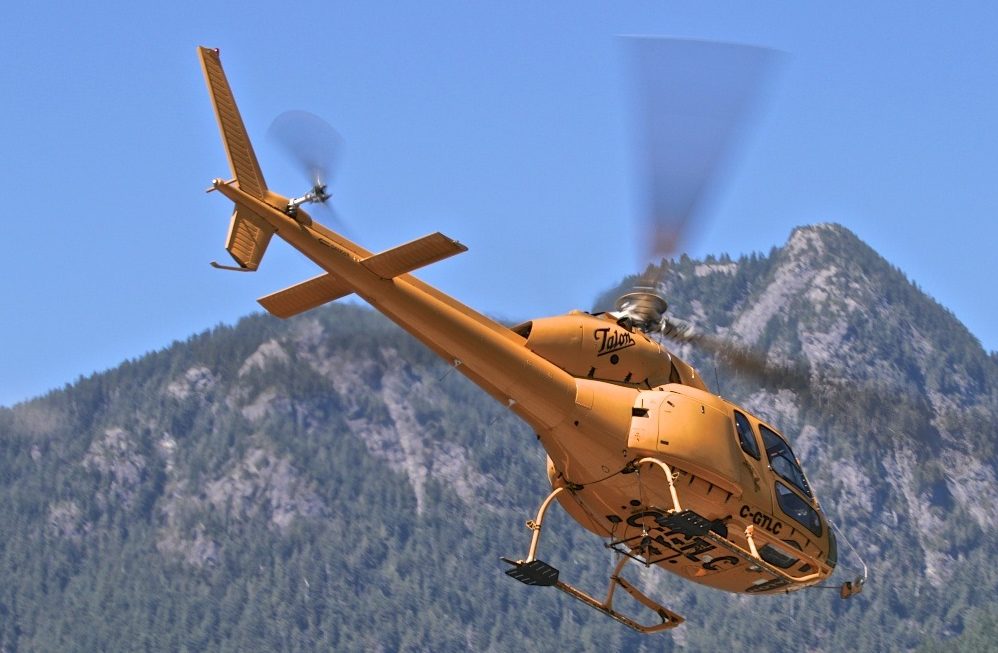 Crews with North Shore Rescue are scratching their heads after another busy weekend on the mountains.

Four hikers required rescuing, one of whom had taken an 8-year-old child on the notoriously challenging Hanes Valley Trail. In all but one case, North Shore Rescue was unable to geolocate the hikers via their phones.

“The father started to feel faint and couldn’t feel his legs,” North Shore Rescue’s Mike Danks tells Daily Hive. “We gotta give him credit for having a SPOT device.”

A SPOT device is a satellite messenger system that alerts North Shore Rescue when a hiker is in danger. Danks says they were able to locate the man and his child within 30 minutes of activating the device in an area that otherwise has no cell phone reception.

“The father and son were both ok,” adds Danks. The pair had to be air lifted off the trail.

Another Hanes Valley rescue on Sunday involved a man in his 50s who had gone hiking on his own. He told his wife he was going on an eight hour hike, but didn’t specify his location, leaving crews guessing his whereabouts after he failed to return home.

“We tried to ping his cellphone, but without any luck,” says Danks. “He left Saturday at 8:30 in the morning and didn’t return on Sunday.”

Based on the fact that it was an eight hour hike, crews assumed it was the Hanes Valley Trail, and made a full sweep of the area. They found the man in a “precarious” location, requiring a long line rescue.

“He was lightly equipped to be on a hike like that,” Danks says, adding the man was wearing runners.

That same day, a dog took off after a chipmunk and ended up tumbling 140 feet down the St. Marks Summit along the Howe Sound Crest Trail in West Vancouver.  The dog landed on a ledge and was unable to get back up to where its owner was. That rescue took about five hours to complete. 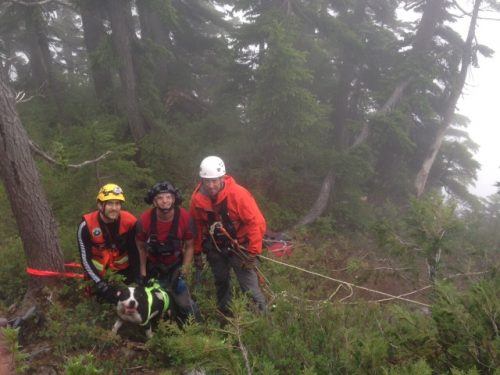 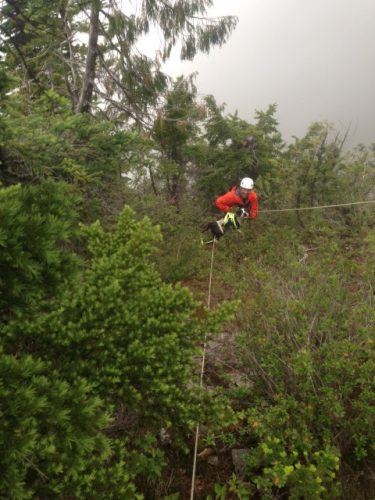 The four rescues that occurred this past weekend follow three others the weekend before. For his part, Danks says the whole team is feeling frustrated.

“We really want to stress that it’s so important to have another adult with you, someone that can help you out if you get in trouble,” he says.

“If you’re going to be doing the Hanes Valley hike, that’s not really somewhere you should be wearing runners. You should have light hikers or proper hiking boots because you’re getting into significant terrain back there.”

He says you should always make a check list of the “10 essentials” before leaving for a hike.