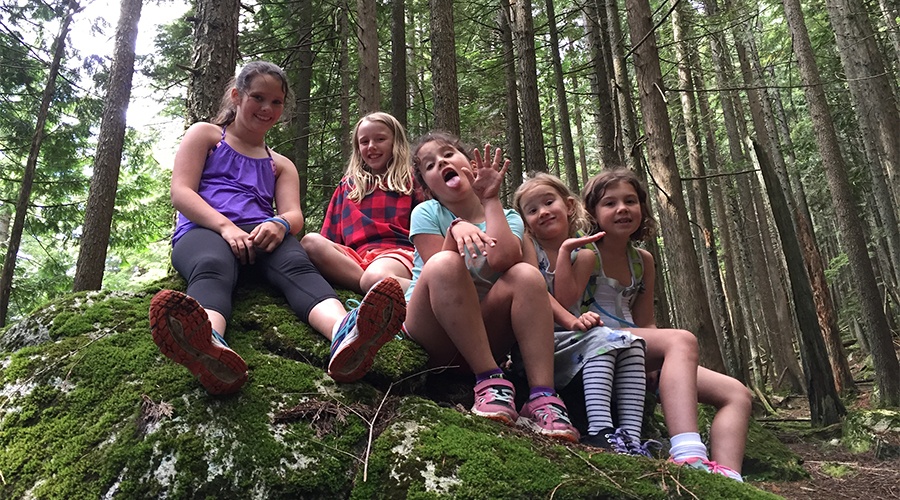 Five little girls under the age of nine were part of a team of rescuers who came to the aid of a lost hiker on the BCMC trail in North Vancouver.

North Shore Rescue’s Mike Danks was preparing for a hike with his three daughters and two of their friends last Wednesday afternoon when he got a call from the North Vancouver RCMP about a lost 20-year-old woman on Grouse Mountain.

As it turns out, the woman was close to where Danks was preparing to hike with the girls.

“I said to the girls ‘you know what, you can come with me on this rescue,'” Danks tells Daily Hive. “I think they were shocked at first but then they were excited.”

Once the group was on the BCMC Trail, they put the woman’s coordinates into a GPS and Danks showed the girls where she was on a map. As they got closer, the girls started calling out her name and blasting whistles.

“I had to slow the girls down because they were so pumped to try to find this young lady,” he says. “They were calling out and we made voice contact with the woman.”

“She was quite surprised when she saw these little kids calling out her name and asking if she was the one that was lost,” he adds.

Danks says his daughters are very familiar with the BCMC trail – the youngest, Millie, hiked it for the first time last year when she was just three.

Still, it was a learning experience for the young rescuers.

“They were so gung-ho that they were a bit reckless, so we really had to slow down and remember to keep together. That’s a really typical thing for new search-and-rescue teams as well.”

He adds it was a lesson in the importance of never diverting from a trail as well.

And, of course, the girls were rewarded for their help after they got to the top of Grouse.

“I think the girls had chicken strips and fries – they were pretty pumped,” says Danks.