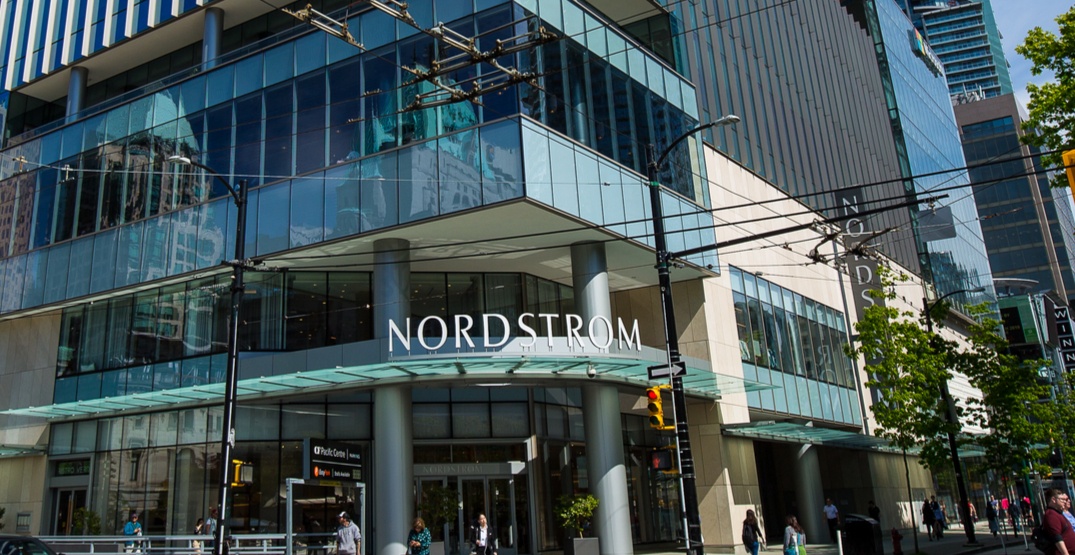 Nordstrom has announced that it will be reopening its Pacific Centre location in Downtown Vancouver this week.

The announcement comes shortly after CF Pacific Centre reopened its property to the public on May 15. Other retailers in the area such as Sport Chek, Holt Renfrew, and Hudson’s Bay have also reopened over the past few days.

According to an emailed statement from Nordstrom, the company’s openings are being based on a “phased, market-by-market approach.”

The store will re-open on Friday, May 22 with a number of added health and safety measures. For example, face coverings will be provided for employees and customers, and there will be increased cleaning and sanitation.

Like many other retailers, Nordstrom will also be taking steps to adhere to physical distancing, including reducing the number of customers and employees allowed inside the store.

Health screenings will also be conducted for employees and hours of operation will be adjusted.

The fitting room inside the retailer will be available for use, although it will be modified. Also, any merchandise that is tried on or returned will be kept for a period of time before being made available again to the public.

Elsewhere in downtown, a number of Robson Street shops have dismantled their storefront wooden boarding to prepare for a reopening over the coming days. This includes Aritzia, Steve Madden, Nike, Sephora, and Zara.

All of these businesses are ramping up their operations following the provincial government’s decision to allow for a gradual restart of BC’s economy starting in the middle of May. Businesses are required to operate under physical distancing and health safety guidelines.