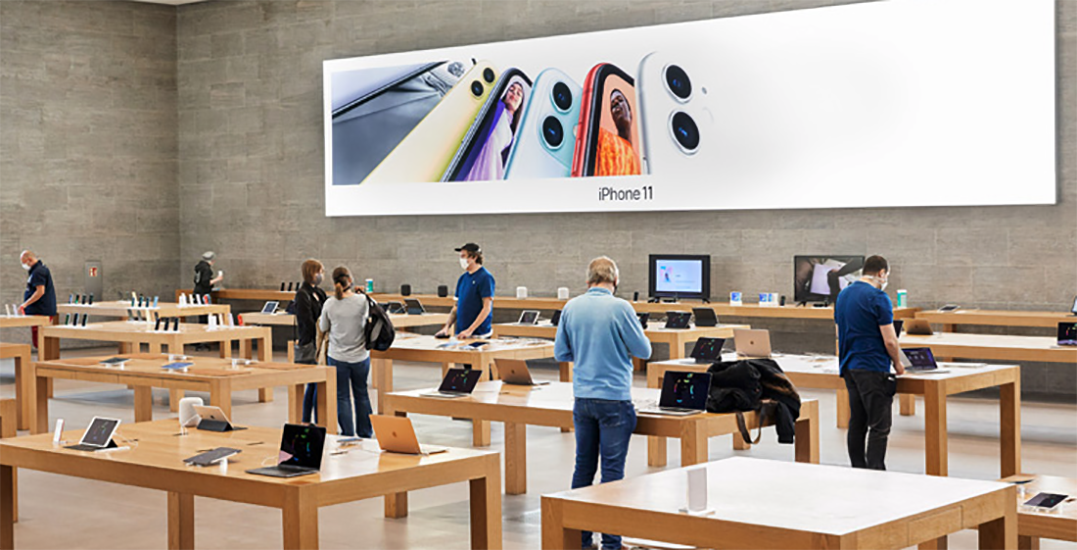 After closing all stores outside of China in mid-March, Apple is looking to reopen a number of locations across the globe.

According to a written letter from the company, approximately 100 stores around the world have been able to reopen to customers. An Apple spokesperson told Daily Hive that 12 stores in Canada are reopening this week.

These retailers are mostly located in Western Canada and can be found in Alberta, British Columbia, Manitoba, and Nova Scotia. The affected stores, as well as the date that they’ll reopen, are as follows:

The reopenings will be accompanied by additional health and safety measures. All stores are being reopened with reduced occupancy and what Apple describes as a renewed focus on one-on-one service. 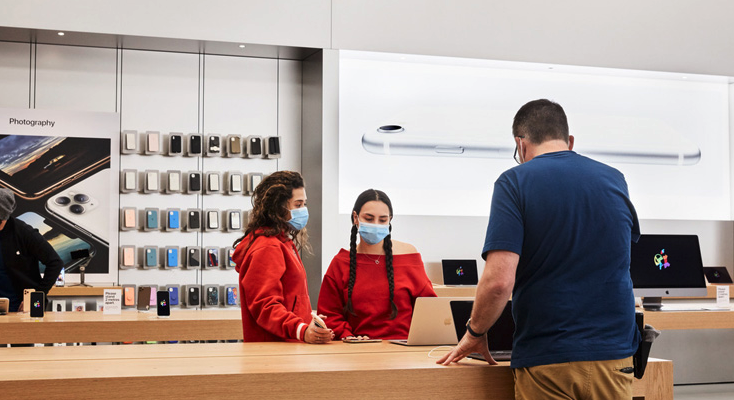 Additionally, face coverings are required for all employees and customers, and they will be provided to customers who don’t have their own.

Temperature checks are also being conducted prior to entry along with health questions to screen for symptoms. The cleaning of high-touch areas will also take place throughout the day.

“We’re excited to begin welcoming visitors back to some of our stores in Canada this week,” said Apple.

Customers are reminded to be patient, as social distance protocols and reduced in-store capacity may lead to a delay for walk-in customers.

A full list of stores that are reopening, as well as their operating hours, can be found online.