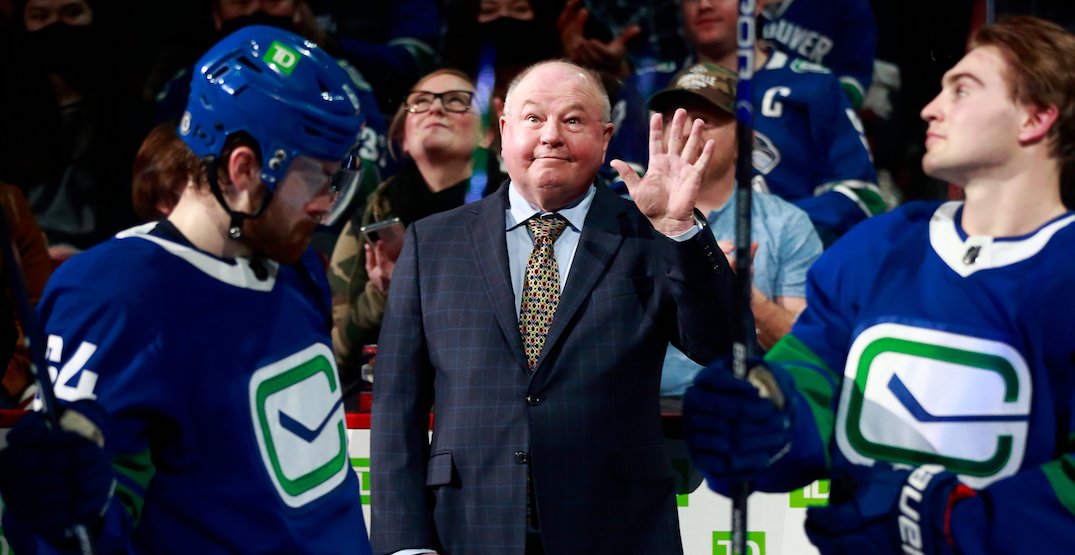 I heard Jeff Marek on Halford and Brough this morning saying that the Canucks have basically said: ‘please take this coach, so I don’t have to make a decision.’

The Canucks have created conditions whereby if Bruce Boudreau leaves, they don’t have to be the bad guys.

And if Boudreau doesn’t leave, has Marek foreshadowed that a split could still be the possible?

But the bottom line is: Bruce is not their guy. This isn’t how you’d treat ‘your guy.’

Rutherford has convinced ownership to spend countless millions on arena upgrades and a practice facility but can’t get them to pony up for a short, one-year extension for Bruce?

What does that tell you?

Tells me that rather than step up and make that move now (with all the PR fallout it would entail), they’re hoping Bruce and another team do that for them. Do them a favour.

.@mattsekeres: "Bruce Boudreau and Chuck Fletcher are quite close from their time in Minnesota. He lives two hours away in Pennsylvania…his dream job is the Toronto Maple Leafs…I've also heard him connected to Vegas." #Canucks @AudiVancouver

To use a hockey term, they’re turtling.

Because here’s the thing, it costs you a few million dollars to give Boudreau a one-year extension, which you know he’ll accept.

And that removes a major distraction and secures peace next season.

You’ll be investing $80-90 million in players, with much more than that at stake revenue-wise.

The alternative is penny-wise and pound foolish.