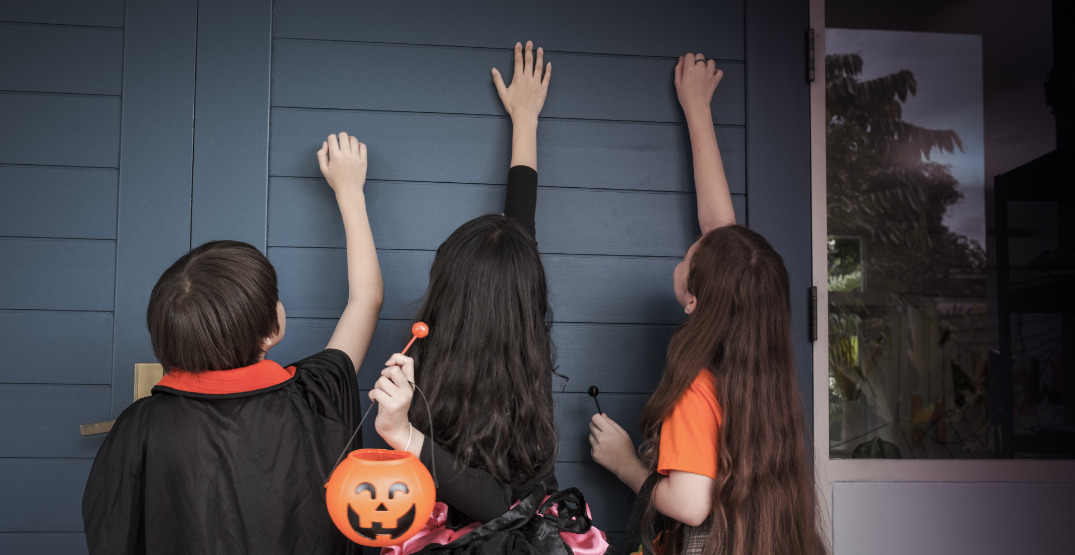 Halloween is just days away, and many kids are champing at the bit to get a pillowcase full of candy… But those candy bags might be a little lighter this year.

Your kids might even end up leaving many houses empty-handed if they’re out trick-or-treating.

According to the Leger and the Association for Canadian Studies poll, many households across the province will not be offering treats to the costumed candy collecting kiddos who will be out and about on Halloween.

Just over a quarter of BC households (26%) will definitely not be opening their front doors to give out candy.

In addition, 33% of BC households typically do not give out candy on Halloween, pandemic or not. 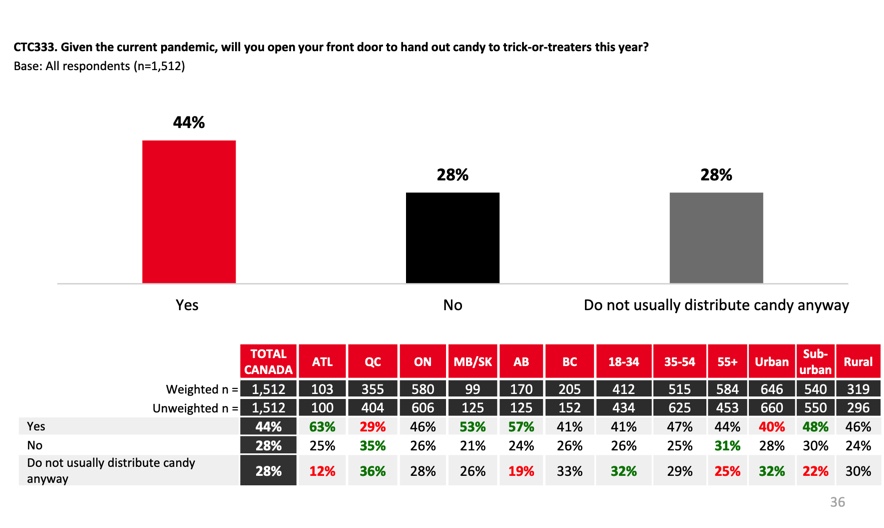 Last Halloween, 57% of households across Canada had children at home who went out to trick-or-treat.

This year, 44% of Canadians plan to give out candy, just slightly above the average result for BC.

Aside from COVID-19 concerns, Leger does not indicate what other factors may be contributing to the hesitation around distributing candy.

The only province that is less enthused about handing out Halloween candy is Quebec, where only 29% of households plan to hand out candy.

Alberta residents are the most excited to hand out candy, where 57% of households plan to greet trick-or-treaters with sweets.

When broken down by age, those in the 33-54 age group are the most keen on giving out candy, with 47% planning on taking part in the festivities.

Another interesting tidbit is that households in suburban areas (48%) are more likely to hand out candy than in urban areas (40%).

So, it will be slim pickings in many neighbourhoods, but there will certainly be candy to be had.

In the meantime, you can check out the candies that you will absolutely want to avoid this Halloween.