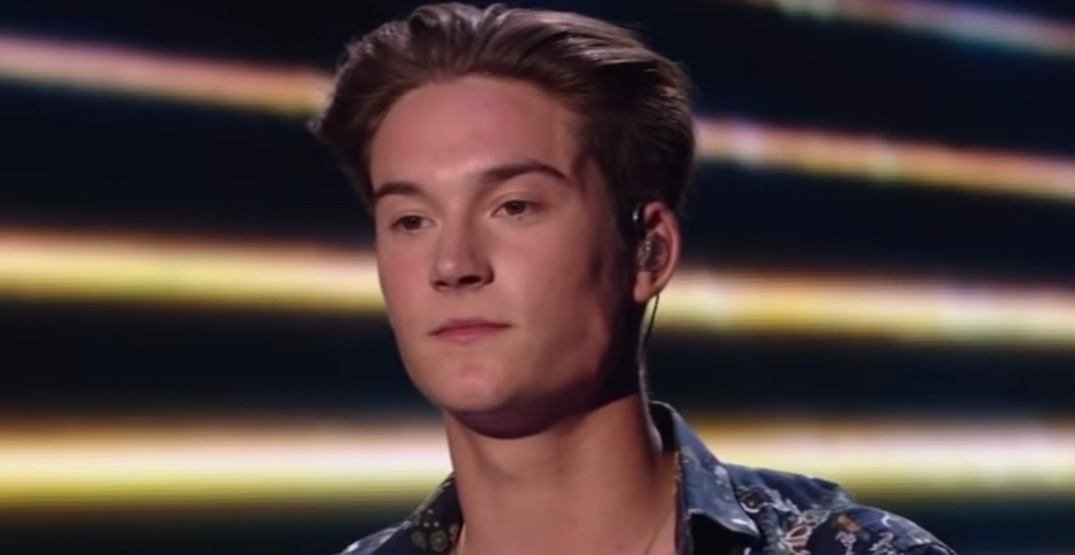 The focus of conversation on American Idol this week wasn’t the musical talent of the contestants, the focus was on a butt tattoo.

On that note, it’s good-news-bad-news for Cameron Whitcomb, the back-flipping Canadian from Kamloops who recently cracked the top 20 on the hit ABC show.

Speaking of cracks, the good news is he no longer has to get a tattoo on his butt. The bad news? He isn’t making the top 14.

Whitcomb promised to get the *cheeky* tattoo if he made the top 10 on American Idol and while that will no longer be the case, it has been a thrilling journey for the kid from Kamloops, BC.

Whitcomb barely scraped by the judges after his memorable audition.

His interesting accent caught the attention of the judges, who wondered if he’d be able to sing without it. Thankfully, as the YouTube video put it, he “doesn’t sing like he talks.” The other thing that caught their attention was his ability to perform a back-flip on the spot.

Whitcomb continued to progress further, gaining more fans along the way. He made the top 24 and the top 20.

His most recent performance was a cover of the Black Sabbath song “Changes.”

Following that performance, Whitcomb did another back-flip. During the judges debrief, Bryan quipped, “only on American Idol do you see butt tattoos.”

While the idol journey is over for Whitcomb, like many past contestants who failed to win it all, there may still be a future in the world of music for the BC boy who gained a ton of fans along the way if the comments on YouTube are any indication.

And if that doesn’t work out, he could always enter a back-flipping contest.