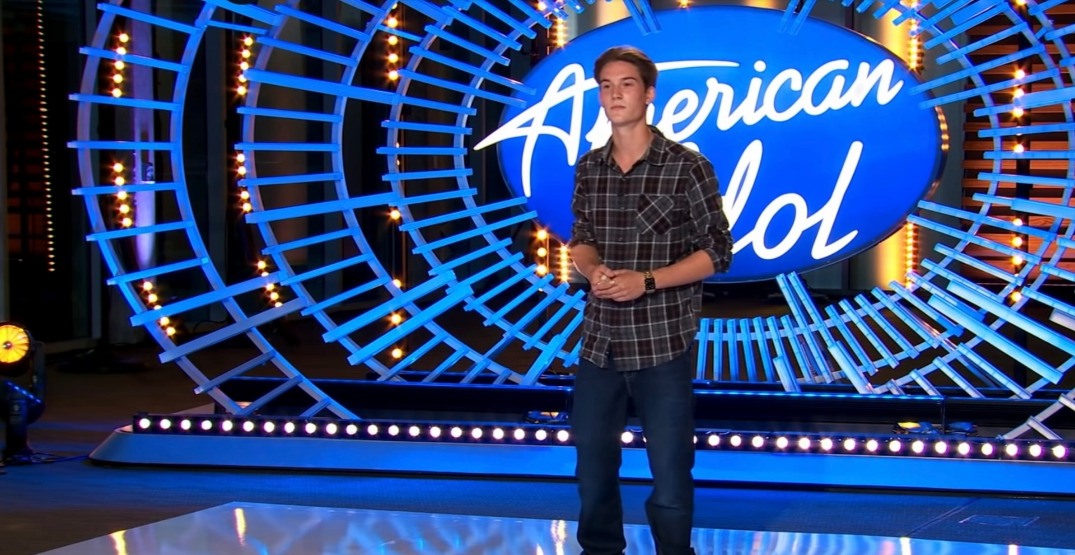 After demonstrating his ability to backflip on the spot, Whitcomb performed “Rock, Salt, and Nails” by Waylon Jennings, a pioneer in the country music genre.

The 18-year-old BC boy had to perform for three veterans in the music industry: Katy Perry, Lionel Richie, and Luke Bryan.

Whitcomb revealed that prior to tempting fate and embarking on this musical journey, he was a mechanic and a pipeliner, doing hard labour for 12 hours a day, six days a week.

The star-studded panel of judges found Whitcomb’s accent interesting and made it a focal point during their exchange.

Perry was curious as to whether the judges would be able to hear Whitcomb’s accent during his performance, but their concerns were alleviated after he sang. He also had a much deeper and more moving voice than his youthful and energetic appearance may have suggested.

Still, there was some debate as to whether Whitcomb was “organized” enough to move ahead. Richie was a “no for now,” so clearly Whitcomb wasn’t all he ever wanted, nor were his arms open wide for the BC boy.

I could not be more excited to begin this adventure with y’all. Make sure to keep tuning in to @AmericanIdol on @ABCNetwork to catch me and the rest of the contestants on our journey to Hollywood Week! #AmericanIdol pic.twitter.com/MweGwfBncq

“I think there’s something there,” said Perry. “If you can trust us Americans.”

She was a yes, and Bryan was also a yes, because he liked Whitcomb “for some reason.”

The deliberation created some temporary drama before he inevitably got his ticket.

Whitcomb was ecstatic that he got the nod of approval, and he did another backflip before walking off the set and worrying Perry in the process.